Brazen thief steals two envelopes containing more than £7,000 in cash from another passenger’s tray as he passes through airport security – then hides the money inside a toilet roll holder and flees

A brazen thief was caught stealing more than £7,000 in cash from another passenger’s tray as he passed through an airport security checkpoint.

CCTV footage captured the thief as he approached two security scanners at the Fiumicino airport in Rome.

Another passenger, standing ahead of him, had placed two envelopes of cash inside a bright yellow tray before attempting to walk through a metal detector. 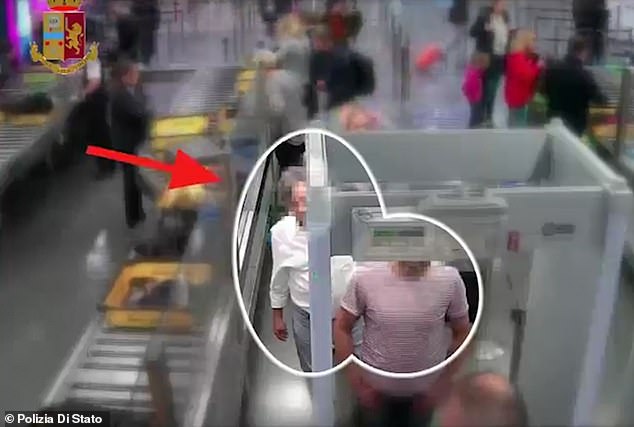 The man in the t-shirt, who is the owner of the £7,000, is held up at security and the man in a white shirt, who picked up the envelopes, goes in front of him to retrieve the items

But he was held up by a security officer and the middle-aged thief was able to walk through a second scanner to reach the other side first.

The thief, who had placed a bag and coat in another yellow tray, was then filmed waiting for his property to travel through the airport’s X-ray scanners.

But as he stood watching out for his belongings, he noticed the two envelopes full of cash appear on the conveyor belt.

He looked around for a moment before casually picking up the money and appearing to stash it in his pocket. 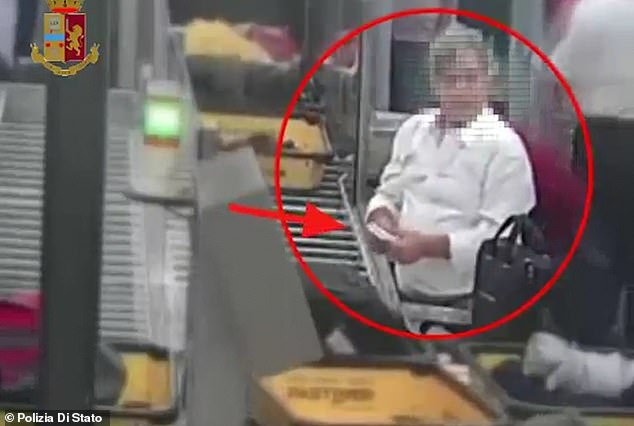 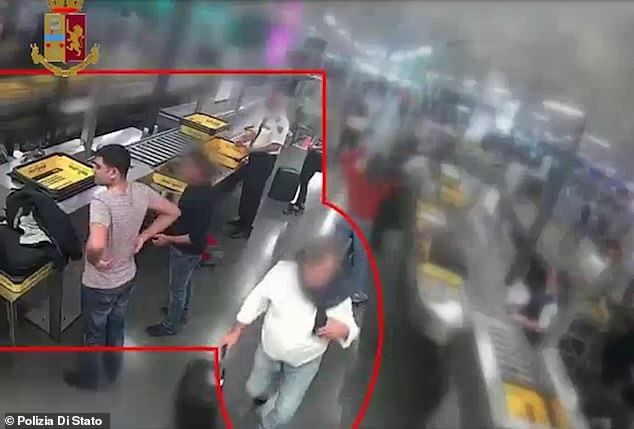 He then tied his jumper around his neck and grabbed his bag before making a quick exit.

The victim, who had since passed through the security checkpoint, panicked when he noticed his money wasn’t there.

The passenger, from Pakistan, was going to use the cash to pay for a sick relative’s medical care, Italian police said.

But the thief was arrested as he was boarding a flight to Russia shortly after. He has since been sentenced to a year in prison.

The man had allegedly stashed the money in a toilet roll holder and had planned to retrieve it on his return to Rome. 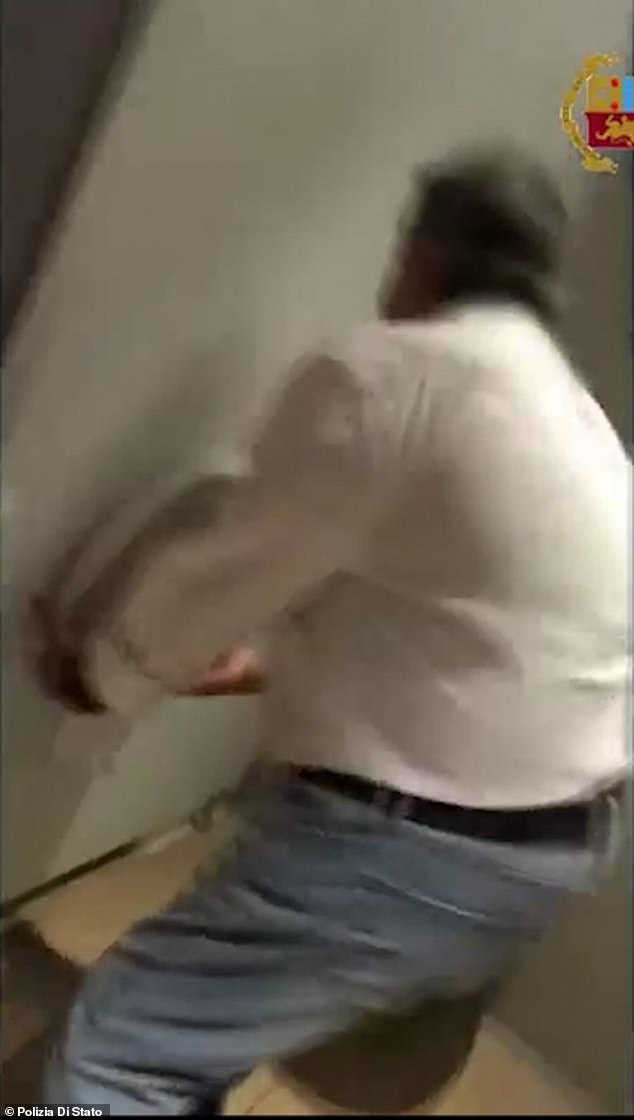