‘They are not changing James Bond to a damn woman on my watch!’ Piers Morgan rips into ‘woke’ Hollywood after Pierce Brosnan called for a female 007 to follow Daniel Craig

Piers Morgan has defended James Bond’s ‘caveman’ style with a Monday morning rant against ‘wokeness’ which culminated in the presenter insisting: ‘They are not changing James Bond to a DAMN woman on my watch’.

Mr Morgan said sarcastically: ‘The great thing is, we must get rid of James Bond, because he was the last one standing, wasn’t he.

‘He was the last sort of, slightly caveman, guy, who would throw a woman over his shoulder, ravish her til dawn.

‘And we can’t have any of that, women don’t want sex any more.

‘And the campaign to save James Bond starts right here 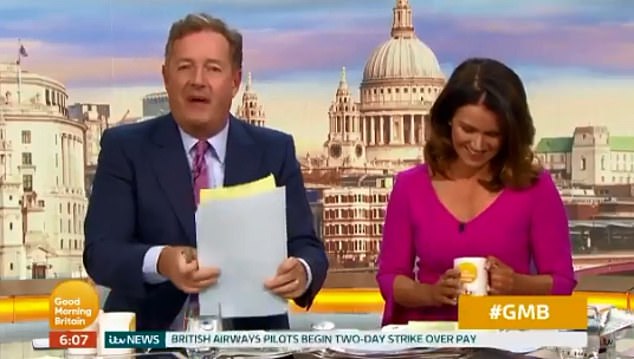 ‘Because they are not changing James Bond to a damn woman on my watch. That’s it.’

He added: ‘He’s been woked, Hollywood’s gone all woke.’

He said that if Piers Brosnan had said he wanted Bond to be a man ‘all hell would break loose’ and that he would be accused of being a ‘sexist pig’ for not going with the ‘woke crowd’.

It comes as the former 007 Brosnan, who played the British spy in four outings from GoldenEye to Die Another Day, said it was time for a female Bond.

‘I think we’ve watched the guys do it for the last 40 years,’ he said to The Hollywood Reporter. 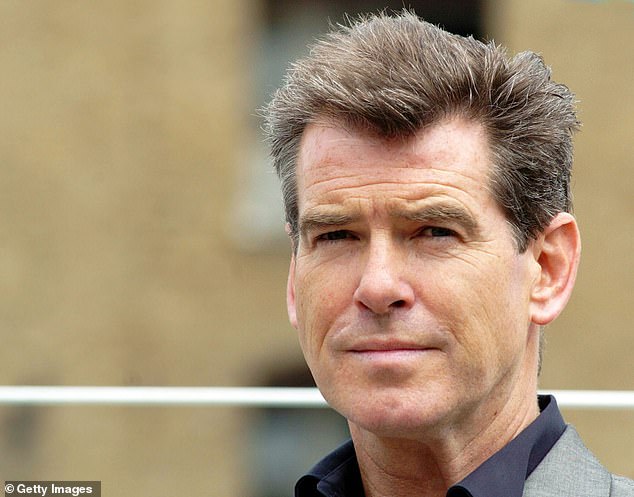 Piers Brosnan told The Hollywood Rpeorter: ‘Get out the ways guys’, called for a female 007

Brosnan was specifically speaking to rumours that Lashana Lynch will take the 007 mantle in No Time to Die, the next Bond flick.