The dictionaries have decided on their 2018 words of the year. Oxford picked "toxic". Merriam-Webster went for "justice". Collins chose "single-use". I'd zero in on "misgovernment".

Surely, 2018 saw a staggering number of countries woefully misruled by the worst crop of world leaders in recent memory. The most egregious examples are in the news every day. 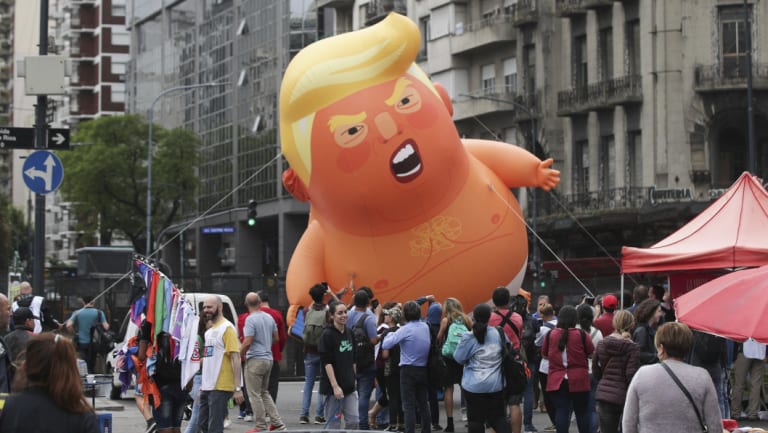 US President Donald Trump tops the chart as he runs out of straws to clutch in trying to convince Americans that his election has been good for them. The stock market bump of which he was so proud is disappearing. The fiscal deficit is the highest since 2012. Trade wars notwithstanding, the trade deficit is at a 10-year high.

The turnover on the presidential staff has reached catastrophic levels: 65 per cent of Trump's "A Team" have been replaced since his election as of December 14, according to the Brookings Institution, and that doesn't even include cabinet members (12 of the 24 officials in the cabinet have been replaced and now a 13th, Defence Secretary James Mattis, is leaving).

Trump is having trouble filling once-coveted positions, and the officials he fired and those who have resigned are sometimes unconstrained in criticising him – a situation that, were it to occur in a corporation, would have tanked its stock.

All this doesn't even scratch the surface of what Trump has done. The damage he has wreaked on the US role in the world is only beginning to manifest itself. Almost everywhere (with a few exceptions such as Israel and South Korea) favourable views of the US are declining, and people are becoming convinced that the US doesn't care about other countries' interests. Alliances are loosening and the multilateral world order is creaking. 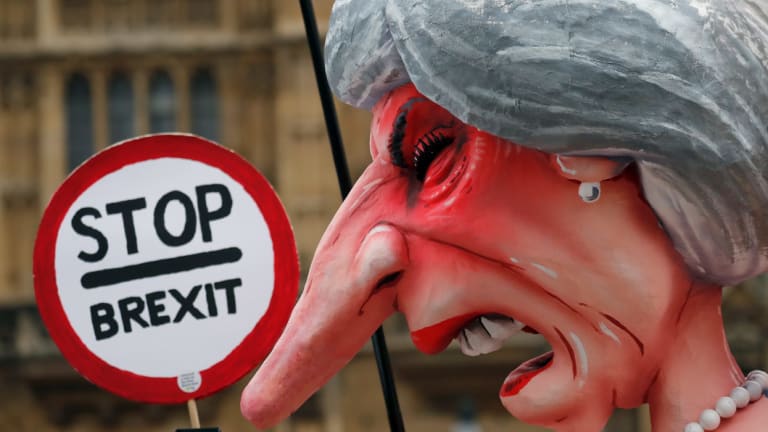 Bungling and ill-prepared for Brexit negotiations.Credit:AP

Almost as obvious is the misgovernment of Britain. Blind to the reality of disappearing economic growth, slowing business investment and a growing trade deficit, Prime Minister Theresa May's government has persevered in trying to pull the country out of the European Union and in fantasising about withdrawal terms that the EU rejected from the start.

Destroyed by the EU's dream team of super-competent negotiators, May's bungling, ill-prepared representatives flailed about, resigned in exasperation and finally produced a deal nobody really wants – not even the EU, though it's skewed heavily in its favour. With her support weak even within her own party and her negotiating options exhausted, May now is setting up the country for a no-deal Brexit scenario that would cause massive disruption to millions of lives – anything to avoid the only reasonable option, a new vote on EU membership for a British public that found out this year it had been misled by Brexit campaigners who lied about the consequences of withdrawal.

Even beyond these two most obvious examples of mismanagement and incompetence, things aren't looking much better. 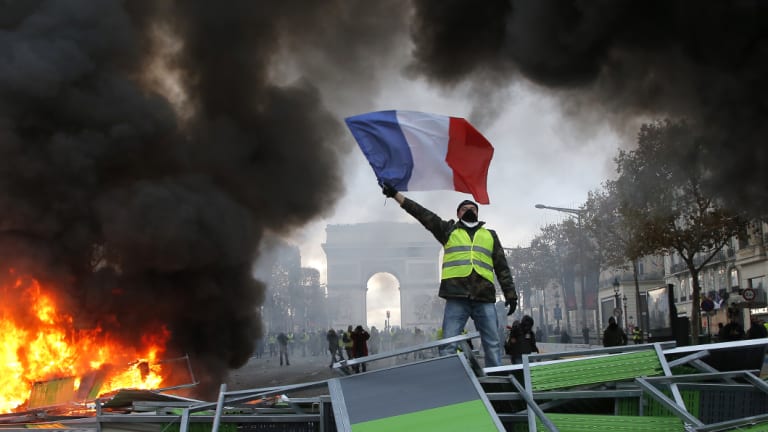 Macron: undermined his own reform credentials.Credit:AP

Last year, Emmanuel Macron of France looked like the Western world's great hope with his sweeping reform plans and grand vision for a tighter-knit EU. He ends the year in retreat before what's looking like the most effective Facebook-driven revolt in a Western nation to date, the Yellow Vests movement that started as a protest against a small increase in fuel taxes but grew into a violent anti-elite rebellion.

Macron has undermined his reform ambitions by making concessions to the Yellow Vests worth up to €11 billion ($18 billion) a year, and his popularity hasn't recovered, remaining at a dismal 27 per cent approval in public opinion polls. 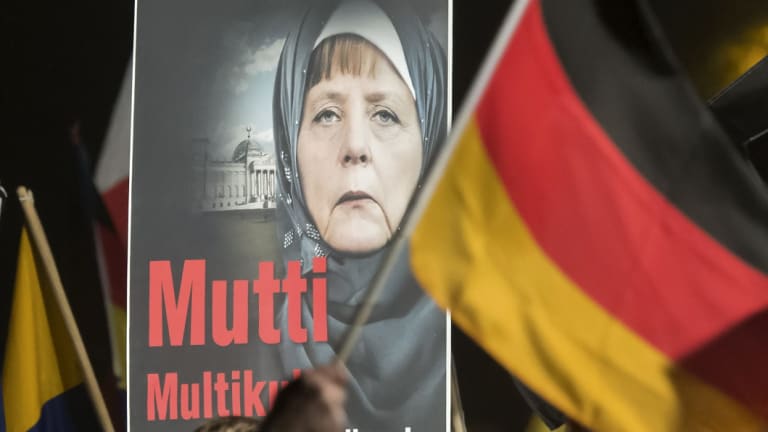 Another potential leader of the west, German Chancellor Angela Merkel, spent most of the year hobbled by an open revolt within her party, the Christian Democratic Union, and its Bavarian sister party, the Christian Social Union. The conservative rebels paralysed the government, demanding tougher immigration policies and forcing Merkel into exhausting backroom battles that left her drained, sometimes even apathetic.

The CDU performed badly in two important state elections, and Merkel was forced to give up the party leadership. Though her chosen successor, Annegret Kramp-Karrenbauer, won the leadership election earlier this month, beating the more conservative Friedrich Merz, the split in the party hasn't been healed and a lame-duck Merkel hasn't acted as though the lifted burden of party politics has freed her up to be more assertive as chancellor. The best she's been able to do is ensure stability, which looks to many Germans like stagnation at a time when the country is falling behind others in technology and underinvesting in areas such as education and infrastructure.

This was a year of chaos in other democracies, too.

The populist government in Italy drew up a fantasy budget that included a version of a universal basic income and fought with the EU over it, only to end up lowering its unrealistic projections while the economy slid toward recession.

In Spain, Mariano Rajoy's centre-right government buckled under the weight of corruption scandals and the outgoing prime minister spent a whole day at a restaurant as Socialist rival Pedro Sanchez unseated him in a kind of parliamentary coup. 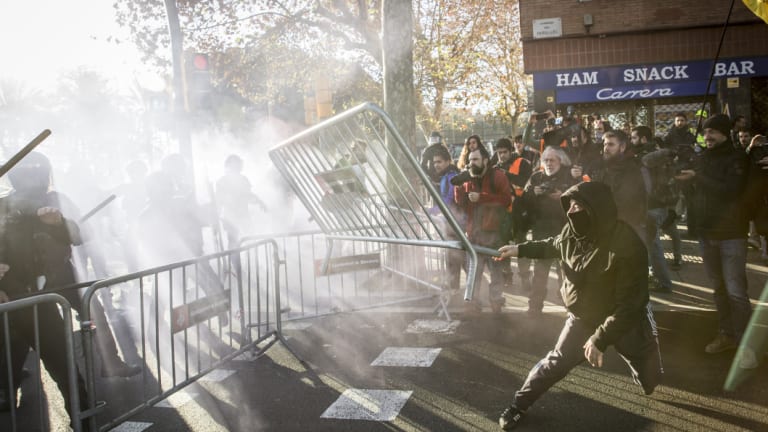 The Catalan independence cause make it difficult to focus on anything else.Credit:Bloomberg

Sanchez, however, isn't doing too well either: his government is beset by scandals and he faces a reprise of the troublemaking by Catalan separatists that made it almost impossible for Rajoy to focus on anything else. Now, for the first time in decades, a nationalist-populist party, Vox, is gaining popularity and has won representation in Andalusia's regional parliament.

Sweden and Latvia are entering the new year without governments following inconclusive elections and months of coalition negotiations. In Sweden, established parties are trying to exclude an increasingly powerful populist rival. In Latvia the establishment would like to engage the surging populists to get around a strong party that's considered pro-Russian, but the results are the same: a political fracturing unprecedented in both countries' history.

In Belgium, the government has just been toppled by a nationalist party campaigning against a non-binding United Nations migration pact that Belgium approved along with 163 other countries.

It hasn't been a great year for strongmen and hybrid regimes, either. 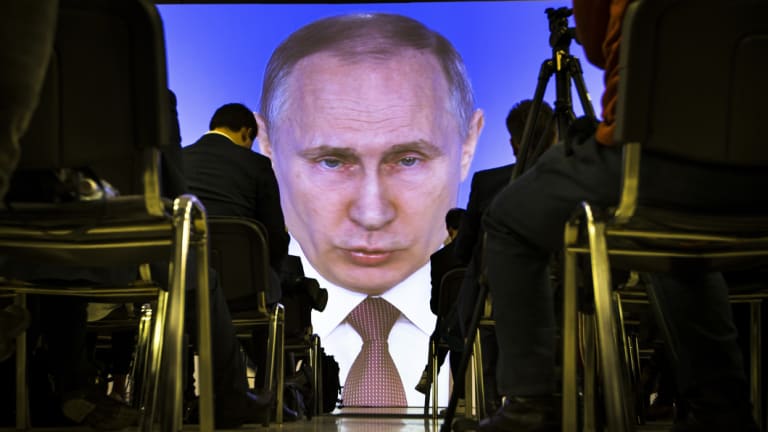 Russian President Vladimir Putin was re-elected, but has since seen a drop in popularity following a highly unpopular retirement age increase. Russia's economy and Russians' incomes are stagnating, and Putin's been constrained overseas by a string of public failures by Russia's aggressive military intelligence service and an inability to build a working relationship with the US.

India's Narendra Modi goes into 2019 having lost elections in three states where his Bharatiya Janata Party was previously dominant.

Modi's hubris and the lasting effects of his policy mistakes, such as the disastrous "demonetisation" of 2016 in which Modi took 86 per cent of the country's cash out of circulation, are partly responsible for his weakening hold on power. 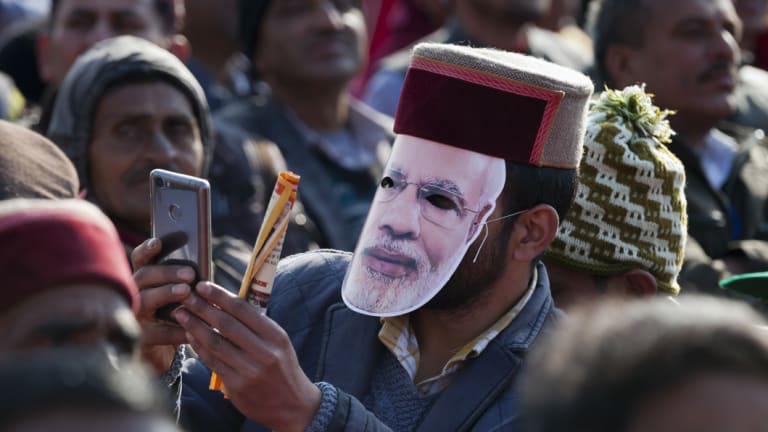 Urji Patel, the central bank governor, resigned earlier this month after Modi's repeated attempts to weaken the bank's independence and get control over its reserves. Though economic growth has been strong, it hasn't been inclusive, as Modi had promised; unemployment hit a two-year high in October. 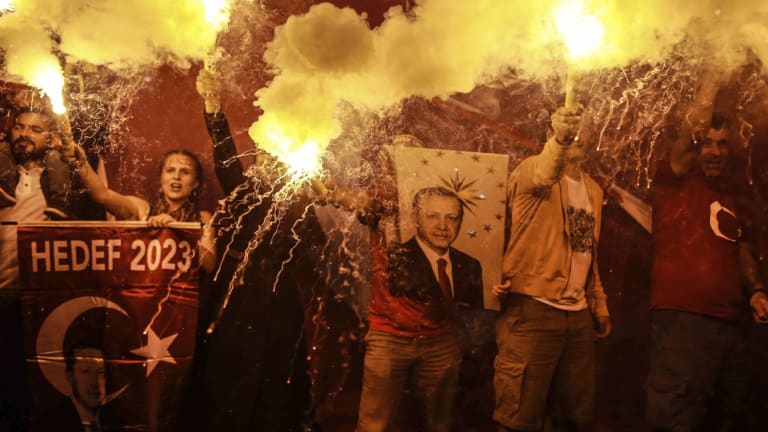 Turkey's Recep Tayyip Erdogan consolidated his power with an election win, but he's mismanaging Turkey's economy. The Bloomberg consensus forecast sees the country plunging into recession starting this quarter. The lira is the world's second-worst performing currency after the Argentine peso, having lost about 29 per cent of its value against the US dollar.

Saudi Arabian Crown Prince Mohammed bin Salman, once feted as a bold reformer, has seen his reputation destroyed by the October murder of Washington Post columnist Jamal Khashoggi inside the Saudi consulate in Istanbul. The brutal act has undermined international support for MBS, as the prince is known, and thrown a monkey wrench into his plans to reduce the Saudi economy's oil dependence. 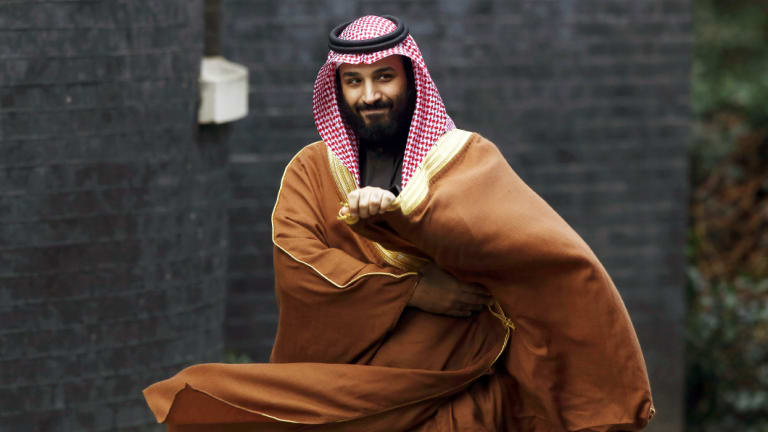 Mohammed Bin Salman: Blamed for the death of a journalist.Credit:Bloomberg

Saudi Arabia's arch-rival, Iran, isn't doing much better. Beset by domestic protests and hit again by US sanctions from which European powers have been unable to protect it, the regime of Supreme Leader Ayatollah Ali Khamenei has had an awful year, even if it's not teetering yet.

Viktor Orban in Hungary, whose Fidesz party won a super majority in an election in April, appears to have overplayed his hand with a series of moves aimed at consolidating his power over courts and media, as well as a recent law that has the potential to force Hungarians into working overtime for pay that would be delayed for three years.He's facing the most persistent protests of his rule and has been forced to resort to violence against the protesters. 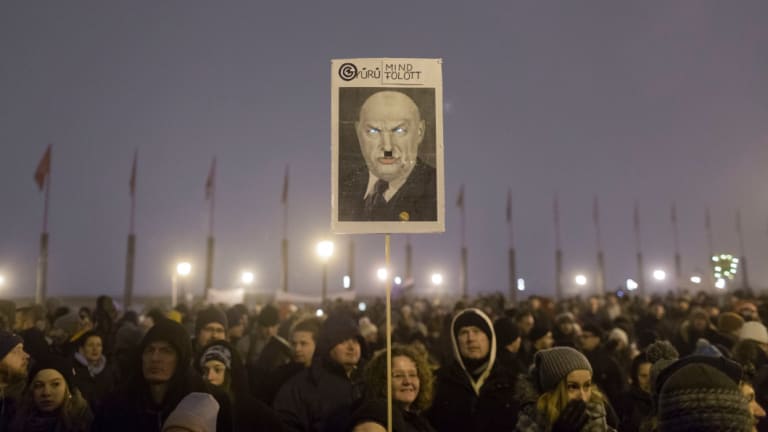 Victor Orban has attracted the ire of protesters.Credit:AP

The current crew of error-prone rulers makes for a fractious world with a growing potential for conflict, armed and otherwise, domestic and international. The elites, both democratic and authoritarian, are weak, and they invite backlashes against their mismanagement. Protest movements and anti-establishment parties have sprung up and are strengthening everywhere; they have different goals but are all bolstered by social-network technology that amplifies anger and violence.

Even the few notable exceptions to the misgovernment rule of 2018 don't inspire much confidence. 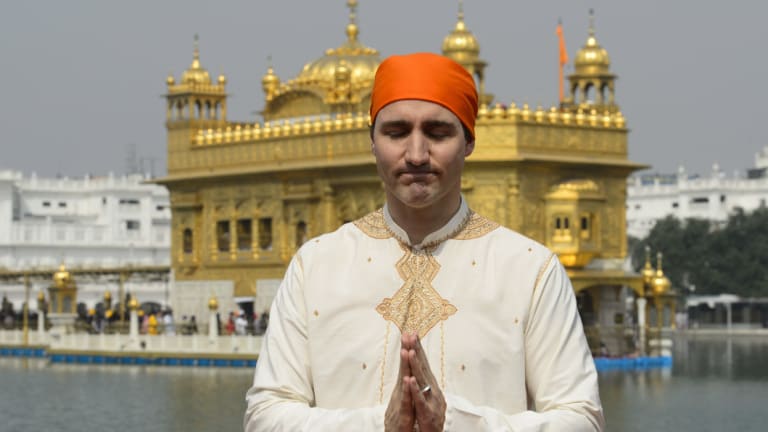 Trudeau was mocked for his dress-ups on an Indian tour.Credit:AP

Canadian Prime Minister Justin Trudeau has made no major errors, but his popularity is trending down ahead of next year's election.

South African President Cyril Ramaphosa, who vowed to clean up the country after the disheartening corruption that plagued it under Jacob Zuma, couldn't maintain "Ramaphoria" for long. Though he has restored investor confidence, his anti-corruption efforts haven't yielded quick results and fears of a land expropriation campaign continue to hang over the country.

Most intriguingly, Chinese President Xi Jinping, who has avoided major errors for years, may have made some in 2018. It's unclear whether accepting Trump's trade war challenge was a good idea. For all its might, China is still a middle-income country that's extremely dependent on trade. Xi's battle against Trump may win him sympathy in Europe, but Europeans aren't natural allies for China. Xi's show of strength may be premature, and that will become clear in the next couple of years. 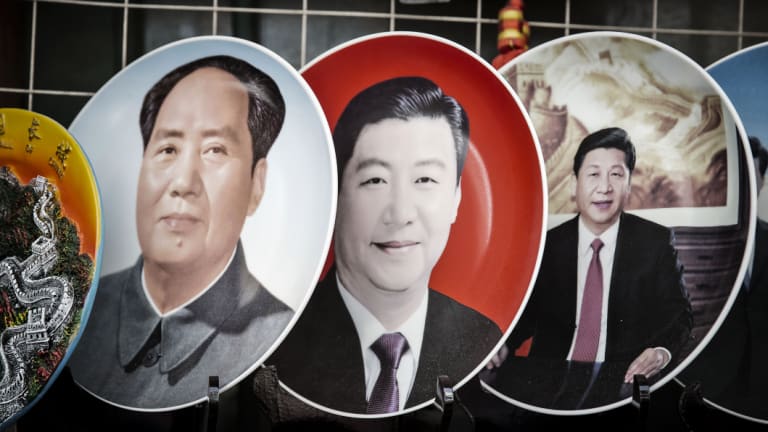 Xi Jinping attracted comparisons with Mao after removing term limits from his presidency.Credit:Bloomberg

The shortage of competent, clear-headed, hubris-free leadership in today's world may be a freak accident. But if it's the new normal, living in this world will require new skills from ordinary people, too.

Vigilance and easy mobility in case a country deteriorates intolerably are two of them; a capacity for constructive protest is a third.

Bad leadership isn't just something we read about on news sites. It could signal the deterioration of institutions, both global and domestic, that shape our lives.