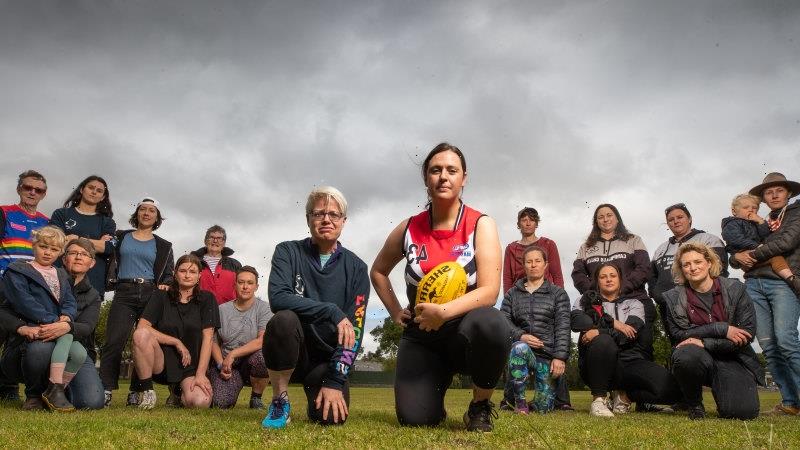 The AFL will step in to mediate a country footy controversy in which a progressive women’s club has moved in on the turf of one of the oldest country football clubs in the country.

Castlemaine, a town of almost 7000 people north-west of Melbourne, has become a destination for city tree-changers, but the speed of the demographic shift has at times led to a clash of cultures. 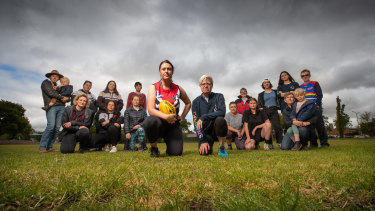 The Mount Alexander Falcons are inspired by the Preston-based Darebin Falcons, an all-women’s club that has fed the likes of Daisy Pearce and Darcy Vescio into the ranks of the AFLW. It prides itself on gender diversity policies, with a majority female-identifying committee and a visible LGBTI presence.

Meanwhile, the Castlemaine Football and Netball club, which is almost as old as the Melbourne Football Club, fields a men’s team and a host of junior footy and netball teams.

Despite both teams ticking all the boxes to field a women’s team next year – a commitment to player numbers, sponsorship and facilities – the eight-person committee in charge of approving teams into the competition sided with the existing men’s club.

AFL Central Victoria Region general manager Carol Cathcart said the decision to admit one team only was “to ensure long-term sustainability of all clubs and the league”.

But the Falcons argue they are sustainable: more than 50 players have signed up, they have $20,000 worth of sponsorship, and uniforms and facilities are locked in.

Falcons president Louise Conwell, who moved to Castlemaine in April this year, said her club’s members feel they haven’t been taken seriously by sport administrators because they aren’t aligned with an existing men’s club.

“At best the commission’s decision represents a mis-appreciation of the fact that a lot of women want to play football, and more than one team [in Castlemaine] would be sustainable,” she said. 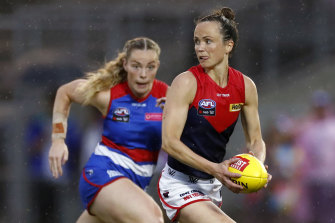 “At worst it represents a sort of paternalism that a women’s club and women players aren’t serious about football, and that it’s not sustainable.”

The Falcons and the CFNC decided to each go their own way after initially considering joining forces, with differing opinions on how women’s teams would be governed, run and financed.

A spokeswoman for the Castlemaine Football Netball Club rejected any implication they were unwelcoming to women or gender diverse players, pointing to the girls playing Auskick, Junior football and netball with the club, and said the club had a “commitment toward a Diversity and Inclusion Strategy”.

But she conceded that compared to the heartland of women’s footy in progressive Melbourne suburbs, country footy still had some catching up to do.

“Whilst support for women’s football started in Melbourne and has since filtered to the regions, it is great to see the influx of people moving from the city to the country in recent years bring expertise and knowledge with them,” they said.

“The senior women’s team will create an all-important development pathway for our existing junior girls’ players and is a gap we’re excited to be filling.”

But Ms Conwell said many of the women and gender diverse members of the Falcons were first-time players who had joined up specifically because of the culture, and wouldn’t otherwise have played at a traditional male-dominated club.

The Falcons wrote to AFL executives this week, including Gillon McLachlan, pleading their case.

A spokeswoman for the AFL confirmed it would intervene to see if the matter could be resolved, though the local league was not overseen by the AFL executive in Melbourne.

“AFL Victoria will has been in contact with Mt Alexander Falcons and will meet with the club to discuss options,” she said.

The number of female football players nationwide has jumped from 380,000 in 2016 to 600,000 now according to the AFL, with some clubs reporting more demand than prior the pandemic.