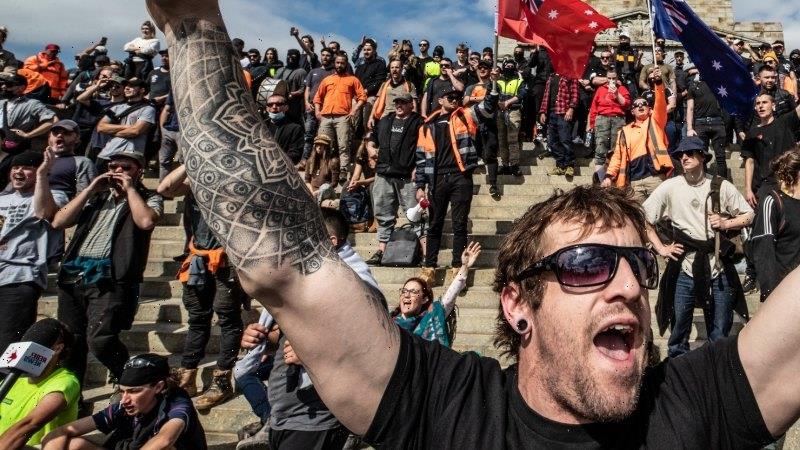 The activism of Sam Castro – same spelling as Fidel – began more than 30 years ago, with her first protest in her orientation week at Melbourne University in 1989 against the introduction of HECS.

“That was, I guess, my radicalisation into activism and politics and realisation that state authorities are not there to protect the people in quite a large way,” Castro says over the phone in Melbourne. 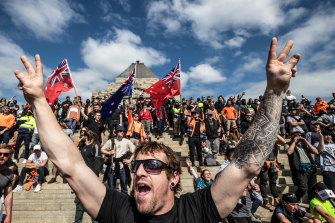 Hundreds of people protesting vaccinations and lockdowns shut down parts of Melbourne and staged a demonstration at the Shrine last week.Credit:Jason South

Since then, she’s been involved in demonstrations against war and globalisation, for the environment, refugees and WikiLeaks. She’s been arrested, pepper-sprayed, assaulted, and in a protest of offshore detention, she has glued her hands to the railings of the gallery in Parliament House.

Protests have contributed to great change – the March on Washington and the Monday Demonstrations, for example – but during the COVID-19 pandemic in Australia, this democratic right has been usurped by the public health emergency.

Though prohibited under the broad restrictions made under public health orders, protests have occurred – from the Black Lives Matter rally, to the anti-lockdown, anti-vaccine roving demonstrations in Melbourne recently.

We asked human rights lawyers, activists and academics whether there is a right to protest and should such a right exist in a pandemic. 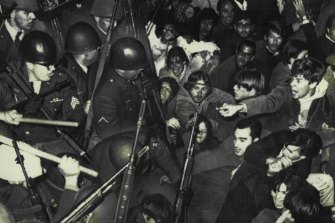 Military police and U.S Marshals clash with anti-Vietnam war demonstrators at the Pentagon in 1967.Credit:UPI Telephoto

Is there a right to protest?

Freedom of expression and the ability to gather peacefully are outlined in the Victorian Charter of Human Rights and Responsibilities, inferred in the implied freedom to political communication under the Constitution, and contained in many international human rights treaties.

“However, the right to protest is not absolute,” Melbourne Activist Legal Support told The Age.

“This means that it is balanced against other laws, and other people’s rights and lawful use of public space or private property.“ 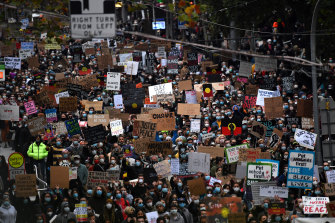 Even pre-pandemic, barrister Felicity Graham, who represented Black Lives Matter organisers in court in NSW last year, said the right to protest was often “conditioned upon state sanction” requiring permission from police to participate in marching or gathering to an agreed-upon plan.

What about in a pandemic?

There is no right to protest under the current directions because the public health orders only allow certain reasons to leave home, (groceries, medical supplies) and prevent large gatherings. 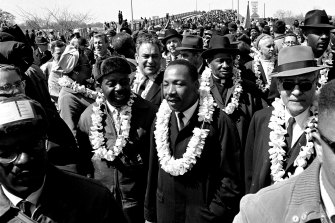 “The stay-at-home directions and so forth that stop people leaving their house to protest are justified under public health legislation, which sets out really broad powers,” Dr Maria O’Sullivan, from Monash University’s Castan Centre of Human Rights, said.

O’Sullivan said the freedom of expression and assembly can actually be limited, for example, on public health or national security grounds, unlike other human rights provisions that can’t be touched, such as the prohibition on torture.

Restrictions on freedom of movement and gathering are sometimes temporarily necessary, Melbourne Activist Legal Support said, but it must be lawful, necessary, and proportionate in scope, purpose, and duration.

But what about the Black Lives Matter protest?

Even though the public health directions rendered the traditional protest unlawful, demonstrations have still happened.

The Black Lives Matter marches were held in June 2020, before Victoria went into stage four lockdown, when people could leave home and gatherings were restricted to a maximum 20 people.

Organisers encouraged protesters to wear masks, keep socially distanced and march in groups of 20. Organisers were later issued fines by police, who said the high numbers of attendees (an estimated 10,000 marched in Melbourne) had dissuaded it from going after everyone.

And the anti-lockdown, anti-vaccine protest?

Human Rights Law Centre senior lawyer Yusur Al-Azzawi said when attending a protest in a pandemic, demonstrators have a responsibility to maintain safety. 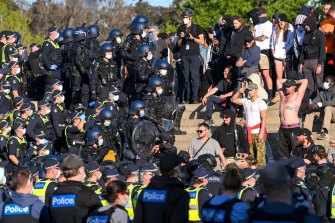 Police move in on protesters at the Shrine of Remembrance in Melbourne.Credit:Eddie Jim

The protests that began more than a week ago against mandatory vaccines for the construction sector, morphed into an anti-vaccine, anti-lockdown roving march that was chaotic, at times violent, and with little adherence to measures such as masks.

They have also occurred during Victoria’s hard stage four lockdown, where case numbers were at their highest since the pandemic began.

What have the courts said?

In the High Court, public health has so far won out. For example, in the case of Sorrento hotelier Julian Gerner, the court found though individuals have freedom of movement under common law, it is not a freedom that stood above “the laws of the land”. 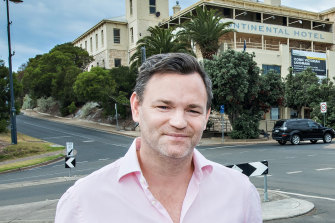 In Victoria, anti-lockdown protester Kerry Cotterill has just requested to be heard before the Court of Appeal after the Supreme Court dismissed her case in August.

Cotterill was fined while holding a sign with an image of Premier Daniel Andrews under the words “toot to boot”. She had argued she was entitled to protest as an exercise of her right to political communication while also literally exercising near home.

In NSW, the courts have in some instances confirmed the right to protest even in the pandemic.

Graham, also a legal affairs podcaster, said the major Black Lives Matter protest in Sydney was originally “prohibited” in the NSW Supreme Court, before the Court of Appeal ruled at the last minute the public assembly to be authorised on technical grounds. 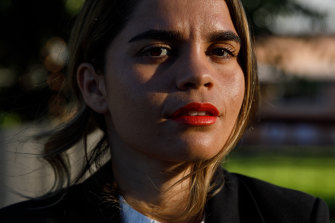 One of the Newcastle Black Lives Matter organisers, Taylah Gray, led the successful case against police in NSW court.Credit:Max Mason-Hubers

In Commissioner of Police v Gray, Justice Christine Adamson authorised a Black Lives Matter protest in Newcastle in July last year, saying: “To deprive such groups of the opportunity to demonstrate in an authorised public assembly would inevitably lead to resentment and alienation if the public risk concerns did not warrant it”.

Graham argued in court the attempt to prohibit the protest was “an entirely unsatisfactory state of affairs for a country that calls itself a democracy”, while at the same time allow thousands to attend sporting events in stadiums.

Should Victorians be allowed to protest in a pandemic? 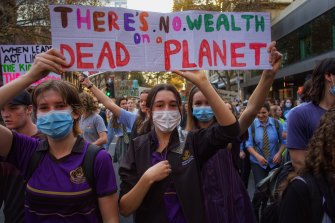 Students at the School Strike 4 Climate protest in Melbourne on May 21 this year.Credit:Luis Enrique Ascui

Protests like the Black Lives Matter march is a good example of how demonstrations can be safe in a pandemic, she said, adding: “If a government can facilitate people to watch a football game safely, then they can facilitate a right to protest.“

Al-–awi said there was a clear need to stop dangerous and violent events, but the pandemic must not be a gateway to lasting restriction on protest rights.

“Democracy doesn’t stop in a pandemic. And as we move into the next stage of the public health response, we need to make sure there’s space for COVID-safe protest actions,” Al-Azzawi said.

“My argument would be, if we take a broader view of an essential function, it should include protest if you can do it in a safe way.”