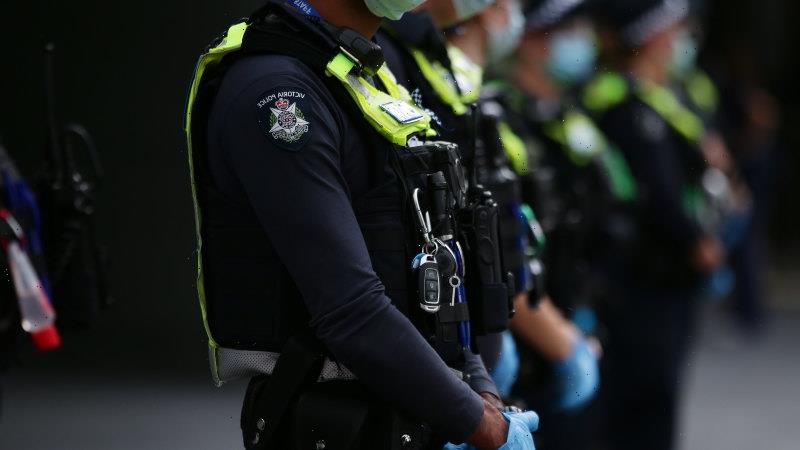 Members of an alleged major drug-trafficking syndicate are attempting to have evidence against them thrown out after it was revealed undercover police were not properly authorised to purchase the illicit drugs used to lay charges against them.

The Age can reveal for the first time details of the drug investigation that uncovered the unlawful swearing in of more than 1000 Victoria Police officers over seven years after a barrister raised concerns over police powers. 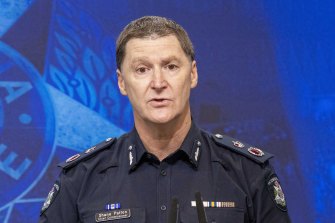 Chief Commissioner Shane Patton explains how the officers were sworn in incorrectly.Credit:Wayne Taylor

The force is now in the process of reswearing in its affected members and the government has introduced retrospective legislation after an internal police audit found acting assistant commissioners were performing some duties without proper authorisation.

The new legislation,introduced into Parliament on Tuesday, creates a special exemption for the drug-trafficking case and potentially casts doubt over the future of the entire prosecution.

County Court Judge Michael O’Connell last year ruled an acting assistant commissioner had “invalidly” signed off on documents that had allowed undercover police to purchase drugs as part of a methamphetamine sting in late 2017.

A crown prosecutor in the case told a recent directions hearing he believed the retrospective legislation was being enacted to address other issues, including that acting assistant commissioners were paid on higher wages for their duties, labelling them “unlawful payments”.

“There have been a number of appointments of acting assistant commissioners since 2014 and they made numerous decisions,” crown prosecutor Yildana Hardjadibrata said.

“All these acting commissioners were paid on higher duties, so there’s the issue of unlawful payments to them [too].”

Court documents show police allege Mr Barbaro, from Sydenham, was the operation’s drug supplier and referred to as the “Italian boss” during the alleged offending in late 2017.

In June the following year, police raided his garage and that of another person at Taylors Hill, seizing a large quantity of drugs.

Mr Muir’s barrister, Gordon Chisholm, told a recent pre-trial hearing that he would use the judge’s ruling on the acting assistant commissioner as part of an application to try and exclude about 40 per cent of the drugs allegedly connected to his client.

Mr Chisholm said the acting assistant commissioner signing one of the controlled operation certificates, relating to three of the drug purchases “did not have the power” to do so, according to the judge’s earlier ruling.

Mr Chisholm, who first raised the authorisation issue in court more than a year ago, also raised concerns over whether those drug purchases might also have been relied upon to obtain a warrant for listening devices used in the police investigation.

That issue and the effect of the judge’s ruling on the trio’s case will be aired at a further hearing in coming weeks.

When asked about what effect the retrospective legislation may have on this case, the crown prosecutor said his team had been in contact with the government solicitor’s officer, but would be proceeding on the basis that the officer in question was “invalidly appointed as acting assistant commissioner”.

Chief Commissioner Shane Patton revealed in February that more than 1000 police employees had been working in the community without proper authorisation after an “administrative error” resulted in them being sworn in by an acting assistant commissioner who did not have authority to do so under the Victoria Police Act.

At the time, Mr Patton said a potential issue with the legislation was first raised in February 2021 at a court hearing into a major drug investigation when the authority of an acting assistant commissioner to make directions was raised.

An audit was launched and he became aware of the widespread ramifications in mid-February this year. Mr Patton said the issue stretched back to July 2014 and followed changes to the Victoria Police Act.

When asked about the pay issue on Tuesday, a police spokeswoman said: “Officers performing the role of acting assistant commissioner were paid in accordance to the duties they were fulfilling. The matter will not be reviewed”.