Dallas: Terry Crist, a fifth-generation pastor in Phoenix, joined the global megachurch Hillsong in part because of what he describes as its distinctly joyful approach to church life – Hillsong was an institution where leaders seemed “light and free”, offering an experience that attracted tens of thousands of people around the world.

Starting in Phoenix, Crist eventually brought six churches in two states into the Hillsong fold. Last week, he took them out.

“We cannot continue in our global family, as much as we love it,” Crist told his congregation in an emotional sermon on Sunday, citing, among other reasons, the recent resignation of Hillsong’s global leader under a haze of scandal. “I am heartbroken.” 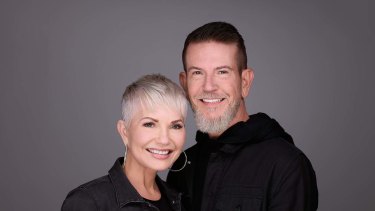 Terry and Judith Crist, pastors at Hillsong Phoenix, brought six churches in two US states into the Hillsong franchise, but this week decided to take his congregations elsewhere. Credit:Hillsong.com

In the last two weeks, Hillsong has lost nine of its 16 American church campuses, a swift and stunning decline for one of the world’s largest and most influential evangelical churches.

Just a few years ago, Hillsong was the leading edge of cool Christianity, a quickly expanding network that appealed to young people and city dwellers with energetic, stylish preachers and an upbeat atmosphere. Hillsong translated the charismatic church experience, which emphasises miracles and personal encounters with the Holy Spirit, for a hip, upscale audience.

Justin Bieber and NBA star Kevin Durant attended services; one of the church’s worship bands won a Grammy Award and the church produced soaring anthems that became staples in smaller churches that imitated its sounds, style, and Instagram-friendly aesthetic. 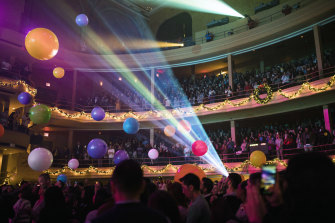 Now, Hillsong’s US presence is in collapse. Its remaining US locations are in the north-east and in California, meaning Hillsong no longer has a major presence between the coasts.

The departures are partly the fallout from a series of crises — most recently the sudden resignation of its charismatic founder — that have left the church with a tarnished reputation and instability that pastors say they found increasingly difficult to endure.

“I can’t think of a church in the English-speaking Western world with as broad a global reach as Hillsong,” said Ed Stetzer, executive director of the Wheaton College Billy Graham Centre in Illinois. The current upheaval at the church “is a very big deal and will have ramifications not just for Hillsong, but for contemporary evangelism around the world,” he said.

The church was already grappling with in-house tensions and a damaged brand when its Australian founder and global leader, Brian Houston, resigned on March 23 after an internal investigation found that he behaved inappropriately towards two women. Houston had stepped away from all ministry duties in January, explaining that he needed to concentrate on fighting a criminal charge of concealing child sexual abuse committed by his late father, who was also a pastor. 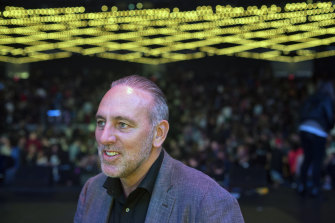 Brian Houston, senior pastor of the global megachurch Hillsong in New York in 2014. Houston was charged by the Australian police with concealing child sexual abuse carried out by his father in the 1970s. He has denied the allegations. Credit:Victor J. Blue/The New York Times

The church’s investigation found that Houston sent “inappropriate text messages” to one staff member, and that several years later he spent time alone in a hotel room with a woman who attended the church’s annual conference in Sydney. In a statement to The New York Times, the press office for the church said there have been no other complaints about Houston’s behaviour.

The church has blamed medication and alcohol for Houston’s actions. Houston has not publicly commented on his resignation. He could not be immediately reached for comment.

Phil Dooley, the church’s interim global leader, responded to some questions in an email through the church press office. In the email, Dooley said Houston’s resignation came as “a tremendous surprise to many members of our community”. The church press office did not respond to questions about whether Houston would receive a severance package or any future financial compensation from the church. The press office also declined to say whether Houston’s wife, Bobbie, whose title was also global senior pastor, remained employed by the church.

A day after Houston’s resignation, the streaming service Discovery+ released a three-part documentary, Hillsong: A Megachurch Exposed. The documentary depicts the megachurch as a toxic institution obsessed with image, control and growth at all costs. It features interviews with critics, former employees and members, and a woman who has said she had a months-long affair with Carl Lentz, at the time the celebrity lead pastor of Hillsong’s US East Coast branches. The press office for the church said in an emailed statement that the documentary’s portrait of Hillsong was “almost unrecognisable” to the church community. 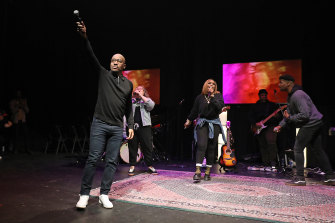 Pastor Sam Collier preaches at Hillsong Atlanta, US, for the last time on Sunday, before leaving the denomination to form his own congregation.Credit:Alyssa Pointer/The New York Times

Dooley, the interim leader, said in an email to the Times through the church press office that he has been “talking with members of our team around the world in what seems like a nonstop conversation” since the revelations of Houston’s behaviour. He described the crisis as a challenging and emotional time for both members and leaders. “This difficult season has sparked conversations that we should have been having as a church for a very long time,” he said. He said the church was reviewing its policies and procedures to “provide both health and accountability for leaders.”

Hillsong exercises some control over the financial operations of each member church, though congregations set their own budgets. Churches also pass on 5 per cent of the contributions they receive to the global church. In return, they receive organisational and teaching resources, and what was once a straightforwardly valuable association with one of the most recognisable evangelical churches in the world.

For some leaders of Hillsong branches, the baggage has become too burdensome to be worth the benefits of affiliation.

Last week, the lead pastor of Hillsong Atlanta, Sam Collier, emailed his congregation to inform them that he was withdrawing his church from Hillsong after “consistent media attacks, slander, and accusations” against Hillsong — some of which, he acknowledged, were true.

“All the challenges and the speculation and the scandal and the articles and all of the above, it got to a point where the people in our church just did not want to deal with it anymore,” Collier said in an interview. His hiring as Hillsong’s first black lead pastor was announced about a week before the news of Lentz’s misconduct became public in 2020, meaning his entire tenure at the church has been clouded by scandal emanating from Hillsong entities far from Atlanta. 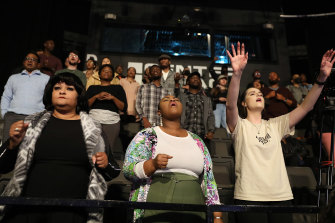 Sunday’s service was the last for Hillsong Atlanta.

“We believe the Lord is calling us to move into the next season,” Collier told the congregation.

Collier is launching a new church on Easter Sunday, and expects much of his Hillsong followers to migrate there. The press office for Hillsong said there were no plans to reestablish Hillsong Atlanta.

Another branch, Hillsong Kansas City, which launched in 2019, quietly separated from Hillsong about two weeks ago and relaunched as Kingdom City Church. The press office for the global church said the two parties “made a mutual decision to separate” before Houston’s departure. A person who answered the phone at Kingdom City last week said the church had no comment.

Hillsong’s website says 150,000 people attend services weekly in 30 countries, but that estimate was taken before the pandemic. The press office said an accurate attendance count is not possible because of pandemic restrictions in some countries, and emphasised the church’s longtime focus, heightened during the pandemic, on online participation.

Houston and his wife, Bobbie, are towering figures in Australia. The church grew for decades as part of the Australian branch of the Assemblies of God, a Pentecostal denomination. The church offered original music with high production values — sometimes performed in actual concert venues. Houston once instructed pastors in Australia that a Hillsong sermon “leaves people feeling better about themselves than when they came in.”

In 2020, the church’s relationship with money, sex and celebrity came under renewed scrutiny when Houston fired Lentz for “leadership issues and breaches of trust, plus a recent revelation of moral failures”. Lentz, a one-time mentor of Bieber and a celebrity in his own right, confessed that he had been unfaithful to his wife and withdrew from public life.

In his sermon on Sunday, Crist called for an internal investigation into Hillsong’s global board, to make the findings of that investigation public, and to purge any board members “who have protected the institution and not the people”.

For Crist, leaving Hillsong was the culmination of several years of doubts about the institution. He objected a few years ago, he said, when a global church restructuring disbanded his board of local leaders and put him directly under the authority of the Australia-based global board. And he bristled when he and other lead pastors were asked to sign non-compete and non-disparagement agreements after the scandal in the East Coast branches. He never signed.

The church press office described the agreements as standard elements of their general contracts with church leaders.

“This decision wasn’t arrived at lightly, and it was made calculating the significant cost,” Crist said, mentioning the possibility for disillusionment and pain. But “anyone who has been victimised in our church needs to be seen and heard.”

Crist expects to begin holding services on June 1 under a new name to be determined.