The fiancee of Sean Mckinnon, the Australian tourist shot dead in his campervan in Raglan, has released a statement paying tribute to him.

In a note shared with the Nine Network, Canadian Bianca Buckley described Mckinnon as "the light and love of my life". 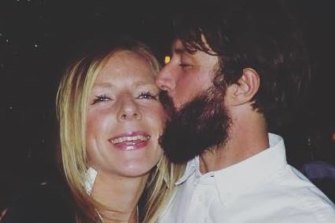 The couple got engaged around Christmas in 2017, according to their social media.

Buckley, a Canadian midwife who was working in Auckland, was travelling with Mckinnon in a campervan when an armed offender smashed the window and fired shots into the vehicle, killing her fiancee.

The 32-year-old managed to escape and ran for her life along a rugged and remote coastal road in Raglan.

After walking for more than two kilometres, a trek that would have taken more than half an hour on foot in the pre-dawn moonlight, the woman found help at a house and police were called.

The shooting sparked a massive manhunt throughout Waikato, with additional police brought in to search for the assailant.

A 23-year-old was arrested on Friday night and charged with the murder of 33-year-old Mckinnon, aggravated robbery and making threats to kill. The man appeared in Hamilton District Court on Saturday and was due to reappear on August 27.

Mckinnon's friends and family were heartbroken by the loss and shared tributes to the surfer and musician.

His sister, Emmeline, said their mother was heartbroken by the loss.

"No parent wants to live to see their children pass away," she told The Age.

"It's her worst nightmare."