Bob Saget, who died in January at the age of 65, knew how much he was loved.

The comedian explained on the second and third installment of the Luminary’s Til This Day podcast with Radio Rahim, released Thursday, that he’d had that realization while celebrating his 60th birthday.

“Sixty hit me very hard, but a friend of mine threw a big party that I didn’t expect,” Saget said, noting that the friend was his former Full House co-star John Stamos. “And I found out how much love that I had given to receive so much love from people. So that was the time, I think, at about 60, maybe in my late 50s — and this isn’t without other hardships that were happening at the same time, just personal things — but I really started to go, ‘You mean something.'”

He compared it to George Bailey’s experience in It’s a Wonderful Life, where the character is shown how, over the course of his life, he’s affected the world for the better.

Saget, who’s struggled with depression, said he can remember times in his life when he was on a plane and didn’t care if it crashed. He joked that the other passengers never looked happy either, so it would be fine with them, too.

It took years of therapy, which he has undergone for years, for him to love himself. He recalled a time when the therapist had asked him to describe the thing he did best.

“And I said, ‘Well, my kids. I’d like to think my kids, not that they haven’t had their difficulties, but I’d like to think that’s one of the things that I do the highest in my life, cause they mean the world to me,'” said Saget, who shares three adult daughters — Lara, Aubrey and Jennie — with ex-wife Sherri Kramer. “‘And I know I’m a good dad by seeing what women they’ve become and how they’ve dealt and are still dealing with struggles, how they’re able to do that. That means their mom and I did something great. And they are, to me, one of the highlights and stars of my life.'” 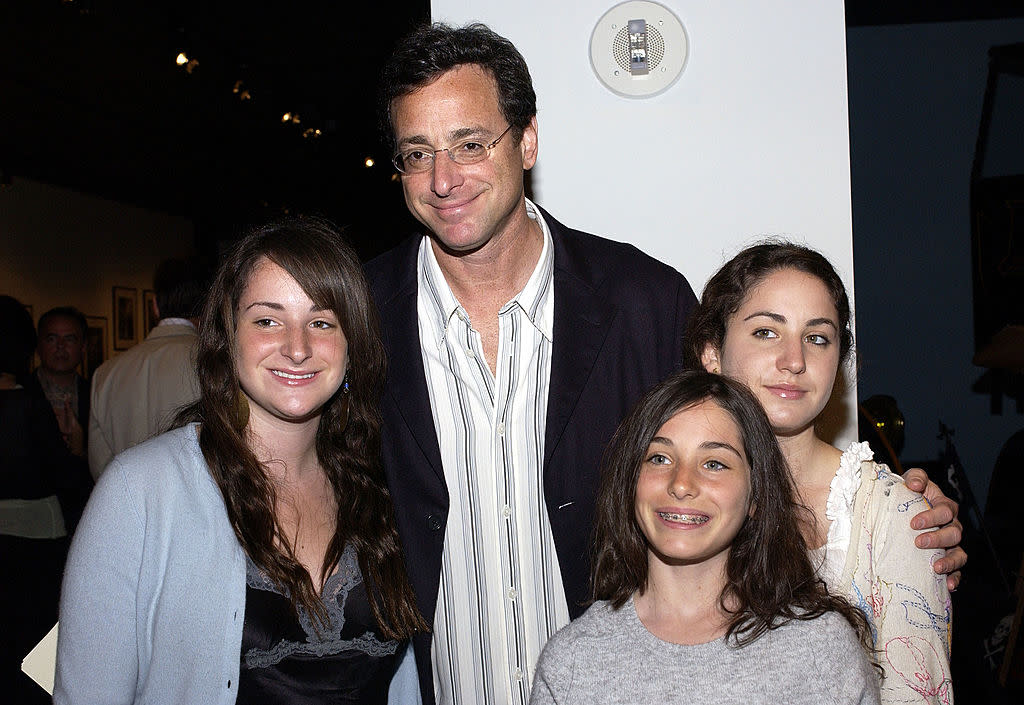 Saget explained that he was still very close to his girls, and he planned to be in the future.

“I don’t really ever want to die, so I gotta do what a lot of people do, which is live really long,” he said.

The How I Met Your Mother star is also survived by Kelly Rizzo, whom he married in 2018.

In the interviews, he spoke about his plans for the future, which included continuing to work on helping research for scleroderma, the autoimmune and vascular disease that killed his sister, and becoming more involved with the issue of mental health. “Because I’ve had it in my life for so long,” he said.

He had professional goals, too.

“I actually believe I’m just starting,” he said. “Cause I haven’t made a movie that, I feel, hit everybody, and I wanna do a couple of those. I know I have it in me.”