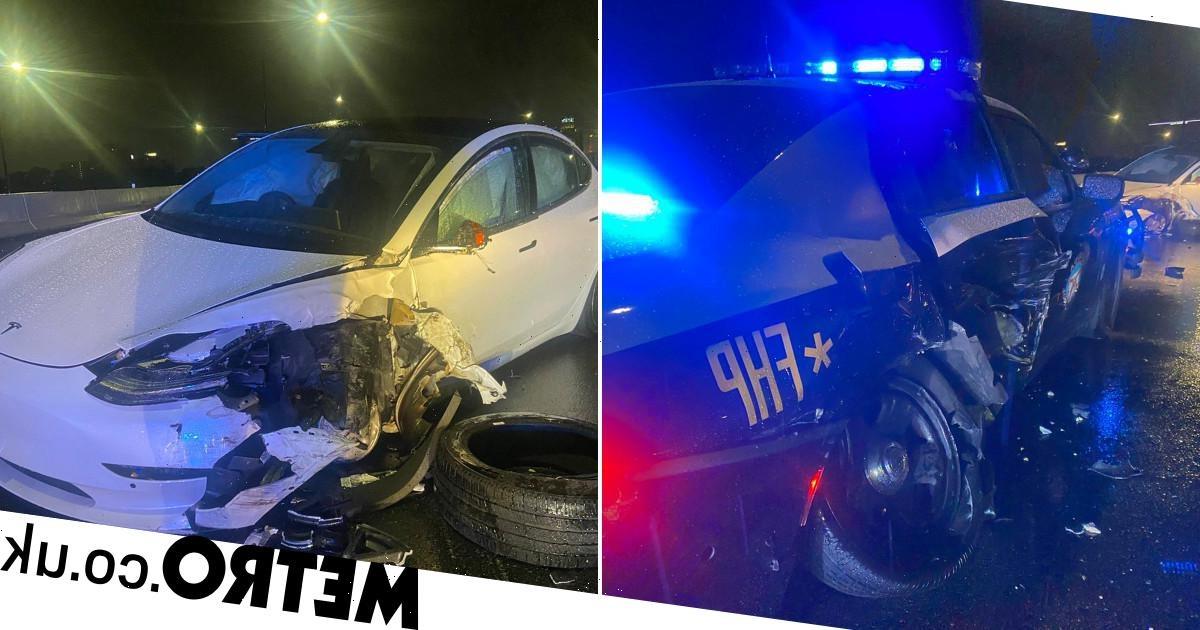 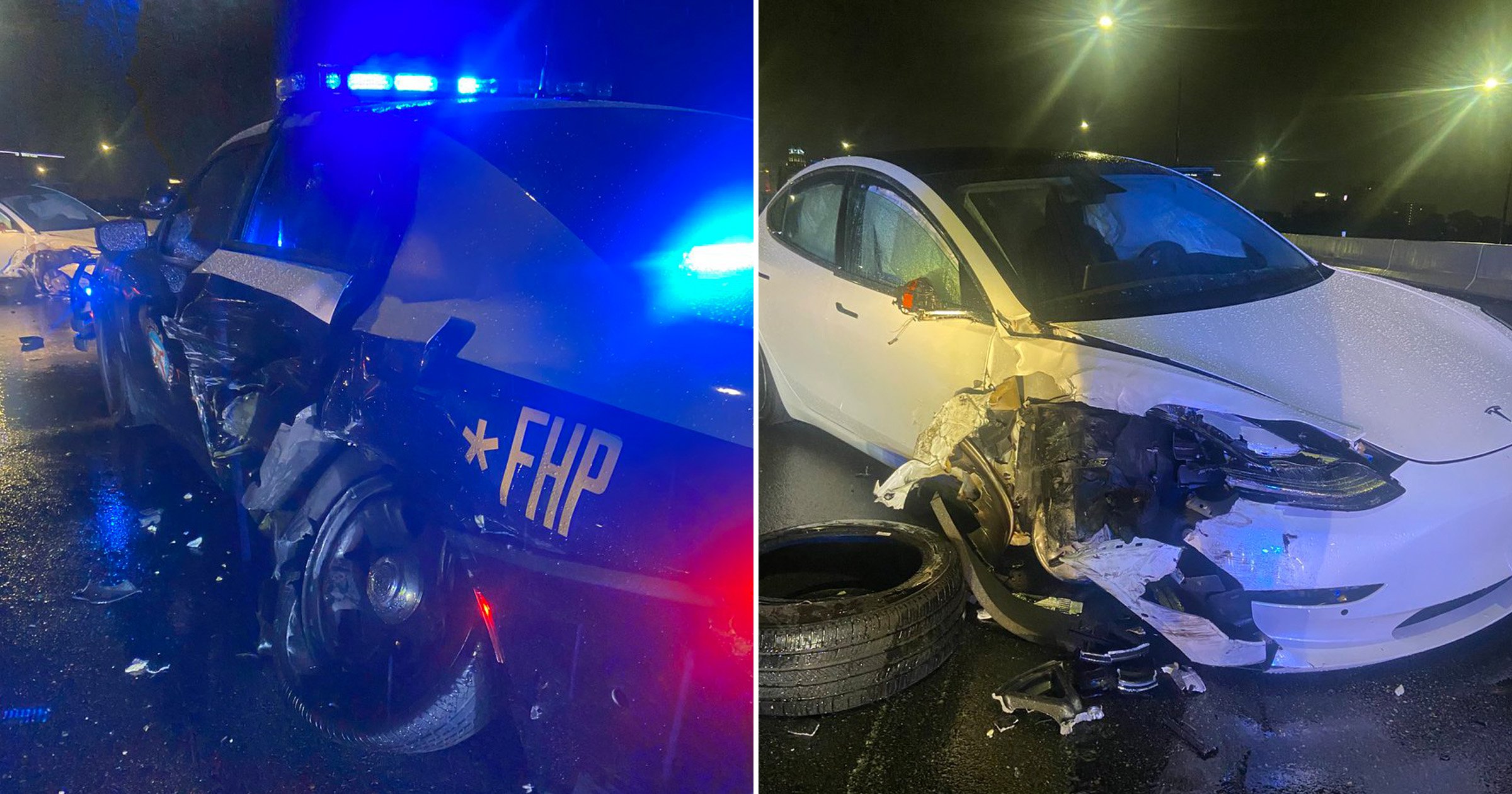 A Tesla on partial autopilot smashed into a police car as an officer stopped to help with a breakdown in the US.

The crash happened shortly before 5am on Saturday on an interstate near Orlando in Florida.

The agency said the trooper was ‘extremely lucky’ to avoid being struck. The Mercedes driver suffered minor injuries, according to reports.

The Tesla driver told officers at the scene she was using its partially automated driving system.

The incident adds pressure to Tesla which is facing a formal investigation by the US government after a series of similar crashes with parked emergency vehicles.

Autopilot has frequently been misused by drivers, who have been caught driving drunk or even riding in the back seat while a car rolled down a California motorway.

In May, Model 3 driver Steven Hendrickson, who had previously posted videos of himself online without his hands on the wheel, died and another man was seriously injured in a 2.30am crash near Los Angeles.

The electric vehicle maker uses a camera-based system, considerable computing power, and sometimes radar to spot obstacles, determine what they are, and then decide what the vehicles should do.

But researchers say it has had trouble with parked vehicles and perpendicular trucks in its path.

The National Highway Traffic Safety Administration (NHTSA) opened the Tesla probe after tallying 11 crashes since 2018 in which Teslas on autopilot or cruise control have hit vehicles where first responders have used flashing lights, flares, an illuminated arrow board or cones warning of hazards.

In those crashes, 17 people were injured and one was killed, the NHTSA said.

The investigation could lead to a recall or further enforcement action.

The National Transportation Safety Board has recommended that Tesla limits autopilot’s use to areas where it can safely operate.

It also recommended that Tesla be required to improve its system to ensure drivers pay attention.