(Reuters) – Tesla has slashed prices on its electric vehicles in the United States and Europe by as much as 20%, extending a strategy of aggressive discounting after missing Wall Street estimates for 2022 deliveries.

The move, which prompted a 4.5% fall in Tesla's shares in pre-market U.S. trade, came after CEO Elon Musk warned that the prospect of recession and higher interest rates meant it could lower prices to sustain volume growth at the expense of profit.

The lower pricing across Tesla's major markets marks a reversal from the strategy the automaker had pursued through much of 2021 and 2022 when orders for new vehicles exceeded supply. Musk acknowledged last year that prices had become "embarrassingly high" and could hurt demand.

The U.S. price cuts, announced late Thursday on its global top-sellers the Model 3 sedan and Model Y crossover SUV, were between 6% and 20%, Reuters calculations showed.

The basic version of its Model Y now costs $52,990, down from $65,990 previously. That is before an up to $7,500 federal tax credit that took effect for many electric vehicle models at the start of January. 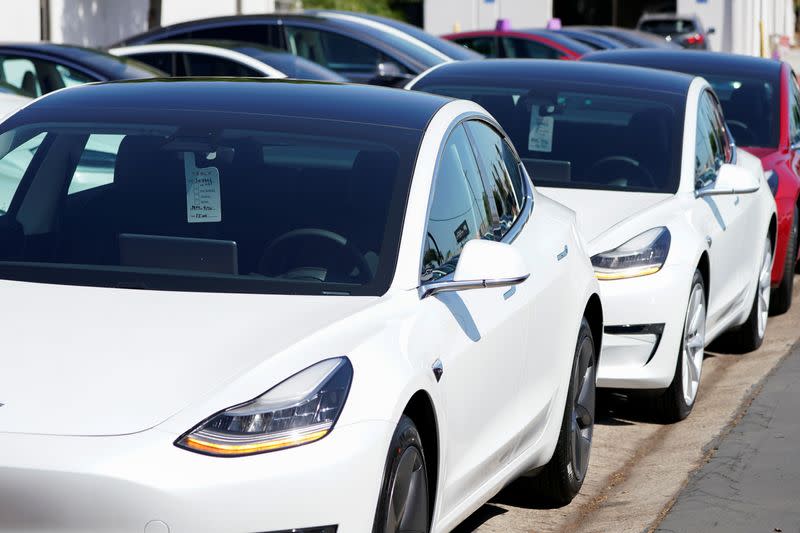 In Germany, it cut prices on the Model 3 and the Model Y by between about 1% and almost 17% depending on the configuration. It also cut prices in Austria, Switzerland and France.

For a U.S. buyer of the long-range Model Y, the new Tesla price combined with the U.S. subsidy amounts to a discount of 31%. In addition, the Tesla move broadened the vehicles in its line-up eligible for the Biden administration tax credit.

The cuts may make EV cars affordable to people who may have been previously priced out of the market.

"This should really boost 2023 (Tesla) volumes," Gary Black, a Tesla investor who has remained bullish on the company and its prospects through the recent, sharp share price decline, said in a tweet. "It's the right move."

"Tesla is an outlier because it's still got eye watering valuations when it comes to the number of cars that it actually sells. But ultimately there are all the other providers that sell a hell of a lot more cars overall," said Michael Hewson, chief market analyst at CMC Markets UK.

Some users on Tesla fan forums online also complained the price cuts disadvantaged those who had recently bought their vehicle, leaving them with a lower second-hand value.

"Just reducing 10,000 euros like that – definitely makes you feel that you just paid far too much," one user wrote on a 'Tesla Drivers and Friends' forum.

Before the cuts, Tesla inventory in the United States, as tracked by models its website shows as immediately available, had been trending higher. Prices on used Tesla models had also been dropping, increasing pressure to adjust new-car prices.

For 2021, the United States and China combined had accounted for about 75% of Tesla sales, although it has been growing sales in Europe, where its Berlin plant has been ramping up output.

Tesla cut prices in China and other Asian markets last week in its first major move since appointing its lead executive for China and Asia, Tom Zhu, to oversee U.S. output and sales.

Analysts had said the Chinese price cuts would boost demand and increase pressure on its rivals there, including BYD, to follow suit in what could become a price war in the largest single market for electric vehicles.

Tesla's Model 3 was the best-selling electric vehicle in Germany last month, followed by the Model Y, beating Volkswagen's all-electric ID.4. Volkswagen recently raised the price of its entry-level ID.3, putting it at parity with the now-discounted Model 3.