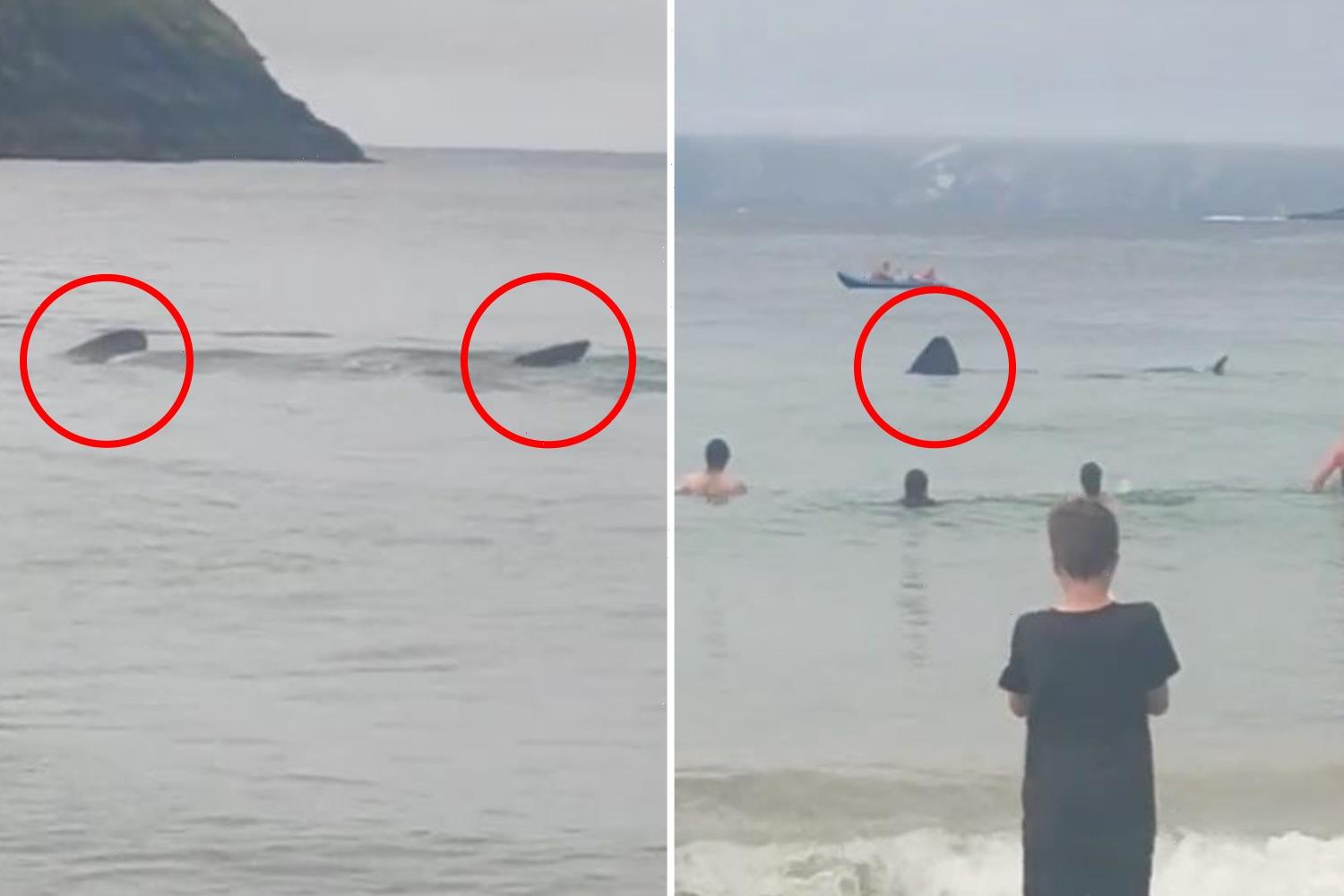 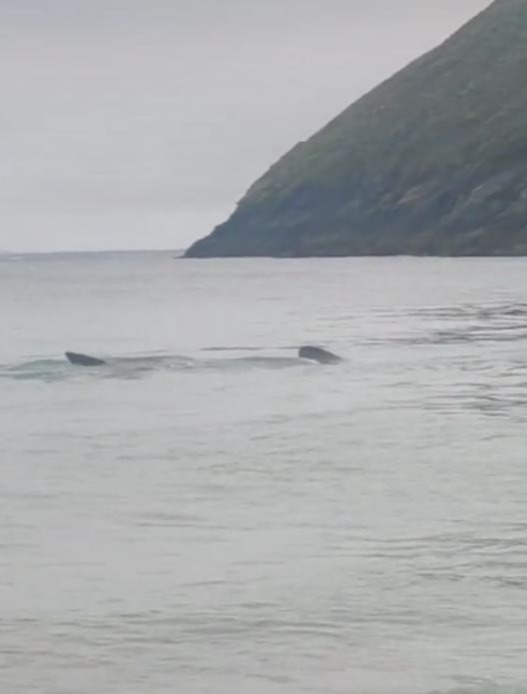 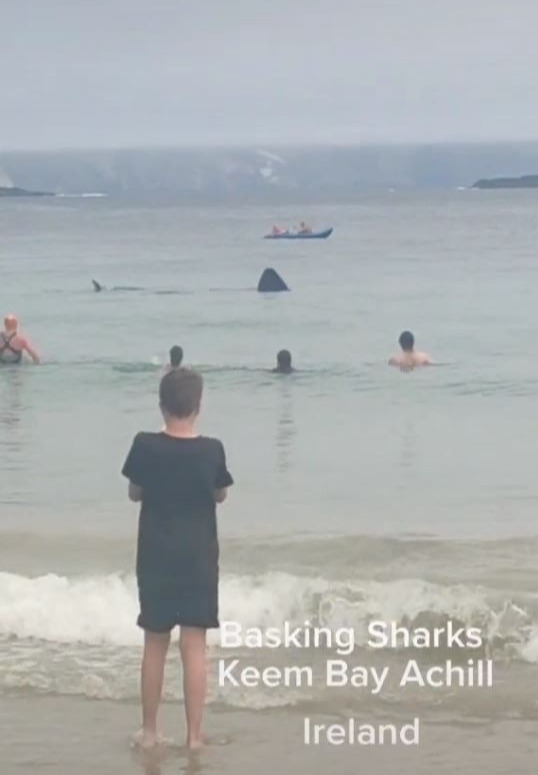 Amazing video footage that was captioned "this is like a scene from Jaws", captured the basking sharks closely following each other, just feet away from swimmers.

Although stunned, most people managed to keep their cool and remained in the water as the sharks swam past.

One child can be hear screaming: "Oh my God!" on the clip that has been viewed more than a quarter of a million times online.

The plankton-eating pair are believed to be an adult and a youngster because of the difference in their fin sizes.

Fergal O’Shea, who witnessed the sharks making waves on Achill Beach, told Newstalk: "I don't think people were necessarily scared of it, it's more of a fascination really.

"There were a few people in their kayaks out in the water as well, there were a lot of kids shouting and screaming, but people were more fascinated to see them."

Despite being the second-largest shark in the world, basking sharks are harmless to humans and are known as slow-moving surface feeders.

They can grow to over 10 metres long, which sometimes sparks panic amongst beachgoers who encounter them unexpectedly.

Keem Bay was previously a hotspot for the species before the demise of the shark fishing trade in the 1980s- but many sightings of basking sharks have been reported in recent years near the UK and Ireland.

One frequented Keem Bay every day for a month in 2019 as it fed,just a stones throw from the shoreline.

A 16ft one was recently seen swimming next to a boat in Portloe Bay in Cornwall, before disappearing into the waters.

The International Union for Conservation of Nature deems the basking shark to be a vulnerable species. 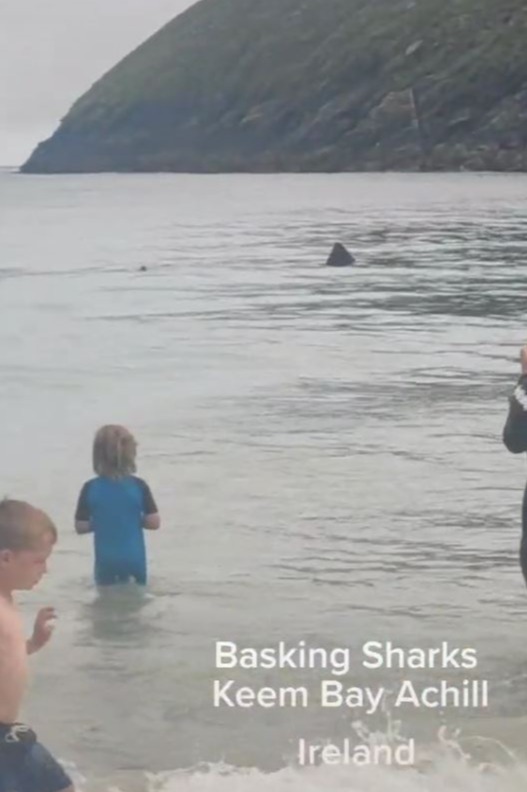