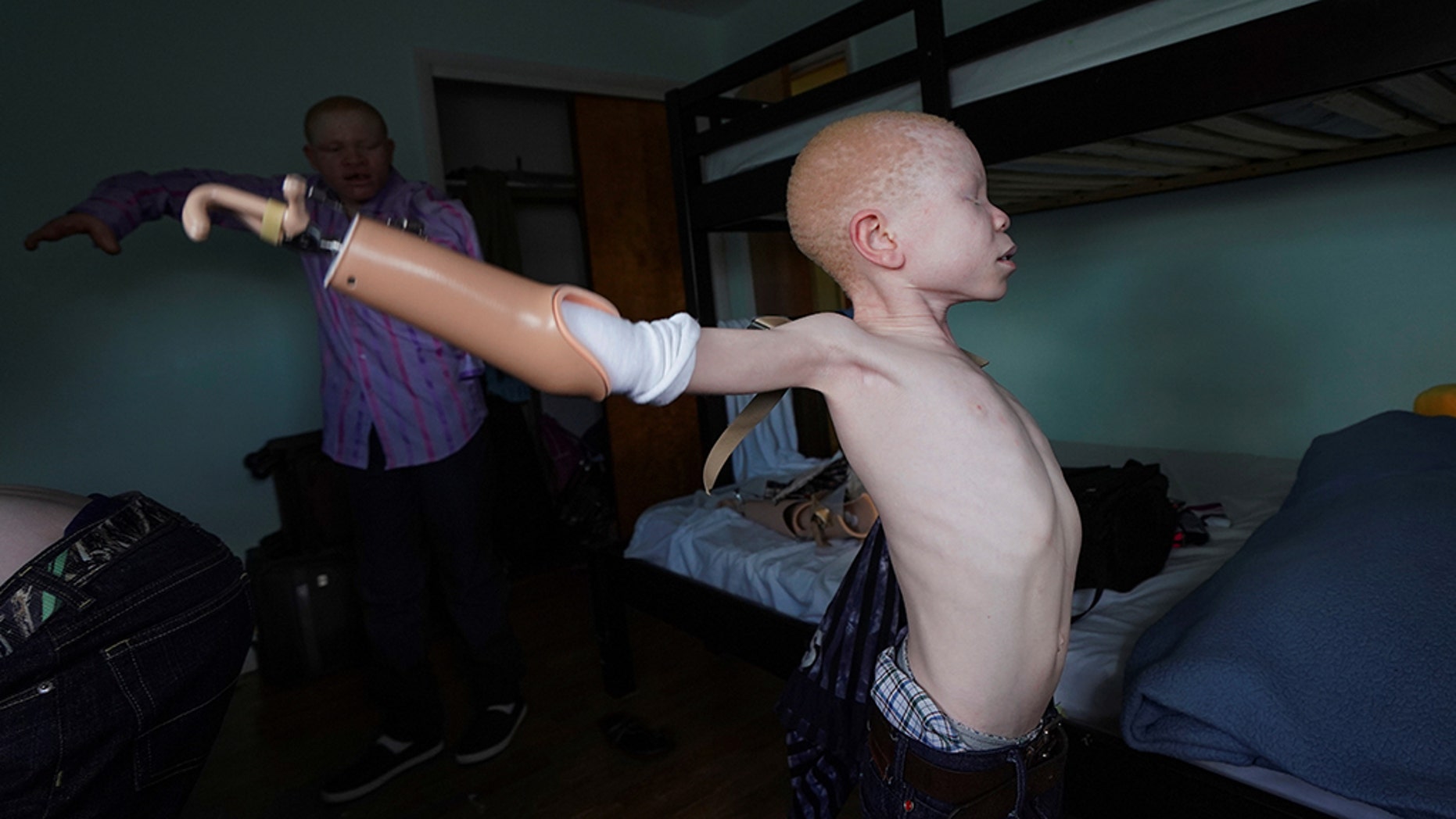 Baraka Lusambo, 7, a Tanzanian with albinism who had an arm chopped off in a witchcraft-driven attack, puts on his prosthetic arm at the Global Medical Relief Fund house in the Staten Island borough of New York City, U.S., June 3, 2017.<br>
Authorities said the murder and mutilation of 10 in this case was not related to the killings of albinos in the country.<br>
(REUTERS)

Tanzanian authorities say that 10 children who were kidnapped in December were found dead and were killed for their body parts.

The children’s ears and teeth and “private parts” were removed, and some were missing limbs, according to published reports that cited the authorities.

They were aged between two and nine years old. Authorities in Tanzania have indicated that there may be more children missing.

A relative of three of the children has been arrested.

Apparently, authorities suspect that witchcraft motivated the horrors that were inflicted upon the children. Some witchdoctors in the area where the children were killed, and where some 10 are missing, claim that by obtaining some body parts, people can attract money and good fortune. The children went missing while their parents sold food at a market, the BBC said.

"This is all about superstitious beliefs and many believe they will get help from witchcraft," Njombe District Commissioner Ruth Msafiri said.

"These murders are linked to witchcraft practices because that is the trend for such crimes, where herbalists ask people to get these human parts for money rituals," he said.

"We urge all parents and guardians to be on alert and teach their children on how to determine the motives of who is around them," the district commissioner told the BBC.

“We want to identify the perpetrators, but our focus is to educate the traditional practitioners in the area quickly and those in surrounding communities on the need to stop these acts," CNN quoted him as saying.

The Office of the U.N. High Commissioner for Human Rights has described the body parts market as one that fetches from $2,000 for a limb to $75,000 for a corpse.

Authorities said the murder and mutilation of the 10 children was not related to the killings of albinos in the country.

Albinos in Tanzania frequently are targeted for abuse because of discrimination and the belief their albinism is the result of their being cursed, according to Amnesty International.