TWO STUDENTS at a Georgia High School were suspended after posting photos of hallways packed with students without masks or social distancing.

According to Buzzfeed News, at least two students from North Paulding High School shared the photos on Twitter leading to their suspension. 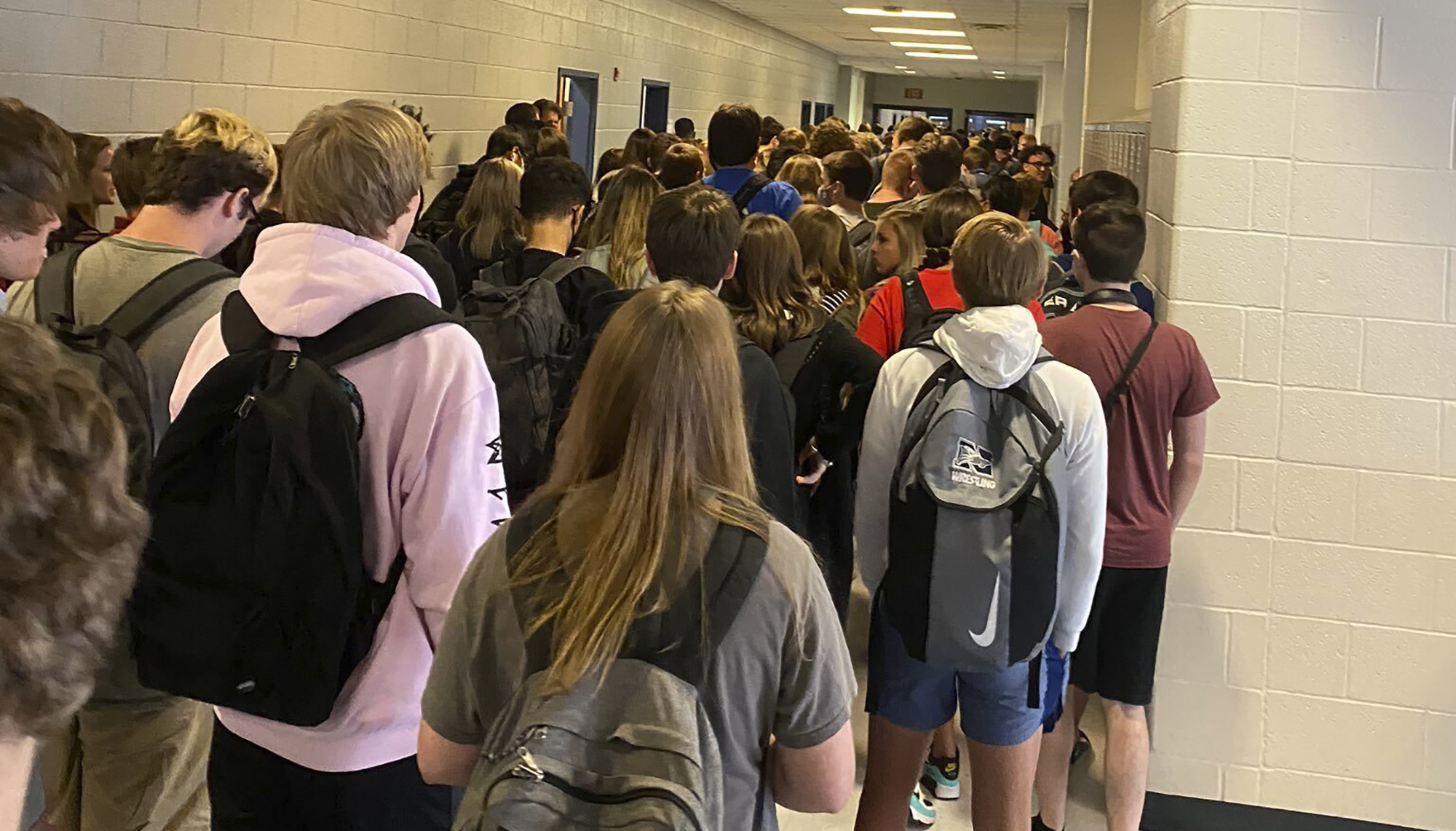 15-year-old Hannah Watters announced on Twitter Friday morning that her suspension had been deleted and she would return to school on Monday.

"To everyone supporting me, I can’t thank you enough," she wrote.

Hannah revealed to Buzzfeed that she received a five-day, out-of-school suspension for posting one photo and one video on Twitter.

"Day two at North Paulding High School," she captioned her photo. "It is just as bad. We were stopped because it was jammed. We are close enough to the point where I got pushed multiple go to second block. This is not ok. Not to mention the 10% mask rate."

Watters was pulled into the school's office later that day and was told she violated the student code of conduct by using her phone in the hallway without permission, using it for social media and posting photos of minors without consent.

Another student, who has remained anonymous, was also suspended for uploading photos to Twitter.

Photos of crowded hallways at North Paulding High School went viral earlier this week after being shared by Twitter account @Freeyourmindkid on Tuesday. 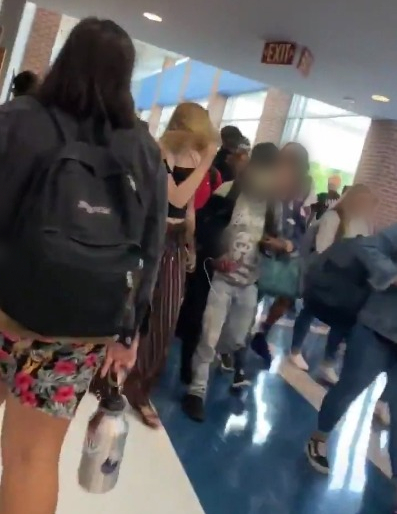 The parent who identified the school on Twitter revealed the school sent a letter to parents stating several football players tested positive for coronavirus.

"Because the affected football players may have associated with other North Paulding students, we are notifying all NPHS parents so that you can monitor your student for symptoms and take appropriate steps for testing if needed," the letter read.

The school advised parents to check the temperature of students twice a day and check for COVID-19 symptoms.

Watters told Buzzfeed that while she understood she broke the student code of conduct, she believed her punishment to be severe.

"We have a progressive discipline system," she added. "When disciplining me and the other student, they skipped level one and went straight to two."

She found that less than half of the students wore masks in every class.

In an interview with CNN, Hannah said she didn't regret her actions and that it was "some good and necessary trouble."

"My biggest concern is not only about me being safe, it’s about everyone being safe, because behind every teacher, student and staff member there is a family, there are friends, and I would just want to keep everyone safe," she added.

North Paulding High School and the Paulding County School District did not immediately respond to The Sun's request for comment.