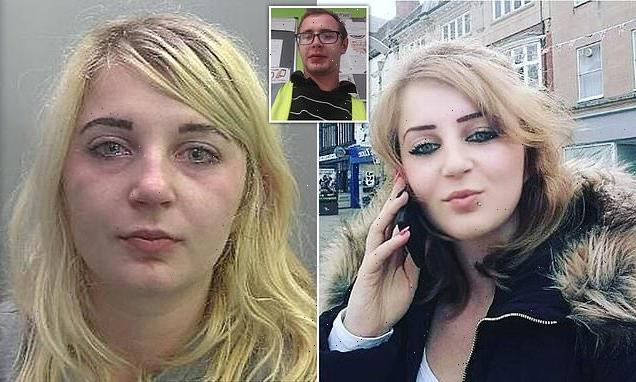 EXCLUSIVE: Teenage mother, 18, who was jailed for 17-years for stabbing her new boyfriend through the heart three days after they met when tried to grope her breasts tries to get sentence cut, cliaming she had PTSD

A teenage mother who murdered her new boyfriend just three days after meeting him is trying to get her sentence reduced – claiming she had PTSD.

Martyna Ogonowska claimed she had ‘accidentally’ stabbed Filip Jaskiewicz through the heart after he tried to grope her breasts.

She told police she punched him away after a row following a booze-fuelled night out, but ‘forgot’ she was holding the knife in her hand.

The 18-year-old killer and friends fled the scene and failed to call an ambulance, leaving Filip, 23, to bleed to death at the scene in 2018.

Following the murder, she cleaned the knife and her clothes and even messaged her mother on Facebook about the killing. 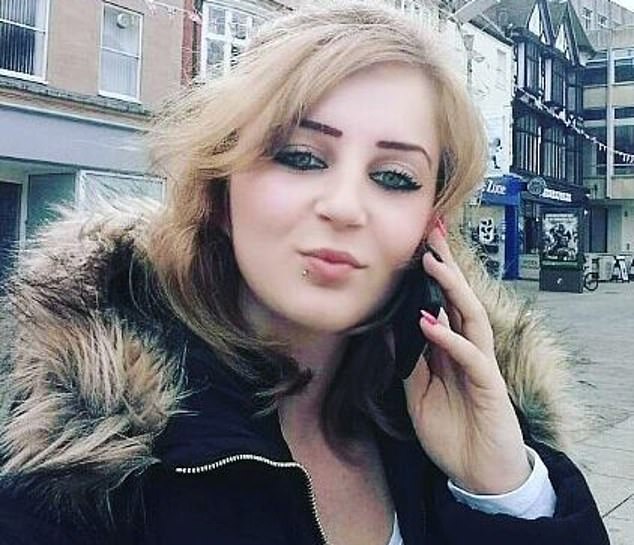 Martyna Ogonowska plunged a knife into the heart of her boyfriend of three days, Filip Jaskiewicz, in 2018 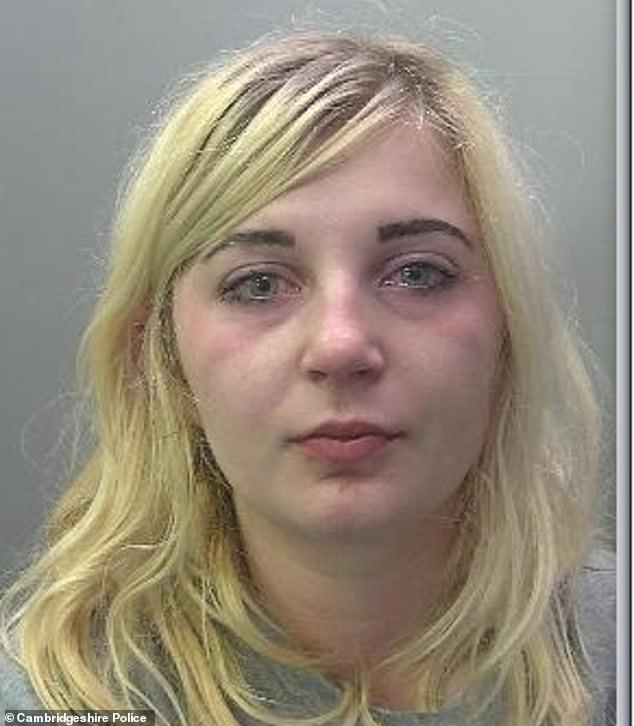 Now aged 22, Ogonowska claims she was suffering with PTSD and is appealing her 17-year prison sentence for murder

Now aged 22, Ogonowska is appealing her 17-year life sentence, claiming it should be reduced because she was suffering from PTSD at the time.

Women’s charity Justice for Women said Ogonowska was suffering ‘severe post-traumatic stress’ at the time of the attack.

The group claims: ‘Martyna was suffering from severe PTSD…which would have impacted on her reaction.

‘The prosecution psychiatrist [at her trial] disputed that she had anything other than mild PTSD.’

The Court of Appeal confirmed Ogonowska, has been granted permission to appeal her sentence, though they were not able to confirm grounds for the appeal.

An initial application to appeal her conviction was denied, the court said, and her team are currently renewing this, according to pressure group Justice for Women.

The PTSD which Ogonowska is claiming stemmed from an alleged incident in her childhood.

Filip’s best friend, and ex-housemate Patrycja Królik, 27, remains unconvinced by the new grounds for appeal and claimed Ogonowska ‘knew exactly what she was doing’.

Mother-of-three, Patrycja, who said she was ‘like family’ to Filip, whose relatives live abroad, explained: ‘He was totally in love with her. He knew her only for four days – all I heard was about her. 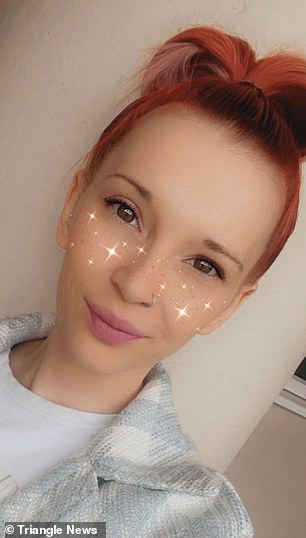 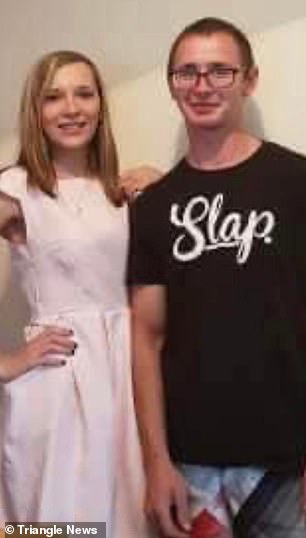 Mother-of-three, Patrycja (pictured keft) said she was ‘like family’ to Filip Jaskiewicz (pictured with her, right), whose relatives live abroad. She said she doesn’t believe Ogonowska’s claim she had PTSD when she stabbed Filip to death

‘He’d never had a girlfriend before, when he met Martyna he was totally overwhelmed.

‘I knew what kind of family she came from, Peterborough is a small town and she didn’t have a good reputation at the time.

‘It will be totally unfair if she gets out of prison early – and if she says she’s not guilty.

‘She knew what she was doing, what she did was totally her fault.

‘I am still heartbroken.’

Patrycja, who was living with Filip at the time of his death, said he had a ‘heart of gold’ and she trusted him so much that she used to leave her young children with him.

She said: ‘Filip himself was a very amazing man, we were very close – like family you know.

‘Filip was the kind of person who got attached to people very fast.

‘He trusted too much and too fast, with a heart of gold.’ 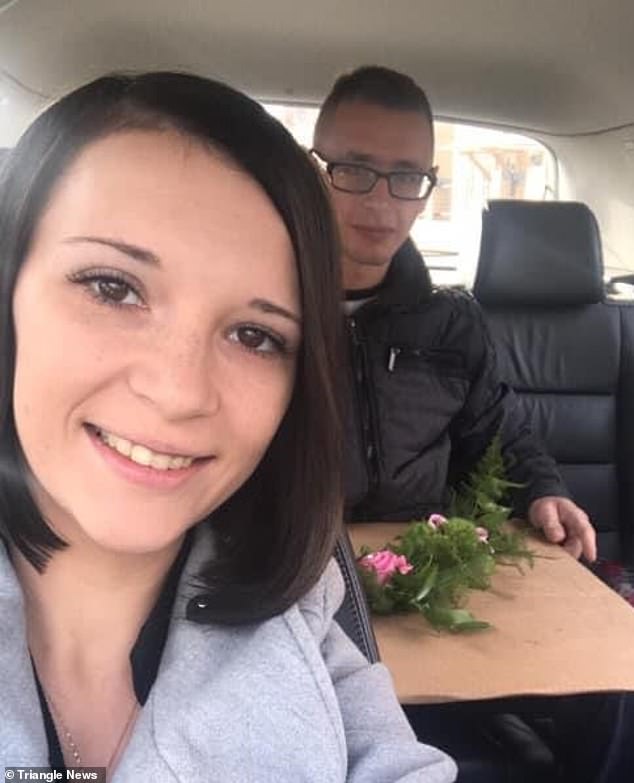 Patrycja, pictured with Filip, said he was the ‘kind of person who got attached to people very fast. ‘He trusted too much and too fast, with a heart of gold’

The 27-year-old, also from Peterborough said she simply didn’t understand why or how Martyna was appealing, adding that if she does get released there will be trouble if they ever meet.

Patrycja said: ‘He’s not with us so he can’t have his say in how it was, it’s her word against his.

‘In my eyes she knew what she was doing. She had a knife – saying she wanted to push him away and by accident she stabbed him.

‘But how can you stab someone straight into the heart? I don’t understand.

‘She’s in prison for a reason, and she should stay there for many years.’

On the night of October 20, 2018, 23-year-old Filip turned up at Martyna’s house in Peterborough, Cambs, clutching a bunch of flowers for his new love interest – but hours later bled out in his car.

Ogonowska and Filip had been at a friend’s birthday party before heading out to a club that evening.

He had driven Ogonowska and pals at speed while over the drink-drive limit in the early hours of the morning.

The pair argued, at one point left the car but later returned, where Filip was stabbed.

The group then left the scene and no-one called an ambulance.

At 7am Filip’s body was spotted by passers-by.

Ogonowska handed herself in that morning, claiming the killing was an accident. 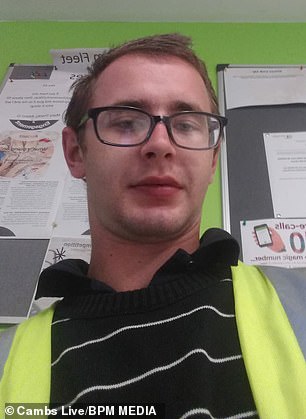 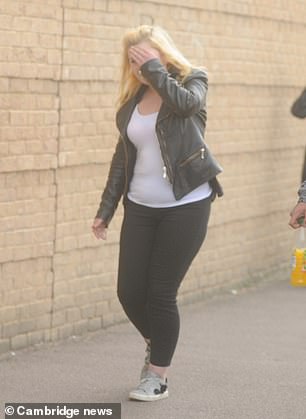 The killer’s defence team claimed she had been handed the knife by a pal – although this was disputed in court.

Cops later said the tragic incident was an example of how dangerous it can be to carry a knife.

Ogonowska was found guilty by a jury and sentenced to life in prison, with a minimum term of 17 years.

For the charge of possessing a knife, she was given an additional 18-month sentence, to run concurrently with the life sentence.

Judge David Farrell said: ‘You took a knife to the scene intended to have it available to use it as a weapon and you used that knife in committing the murder.’