A woman is believed to have been stabbed in broad daylight at a Co-op store in Oxford today, in what is the latest in a spate of knife crime attacks across the country.

Officers responded to reports that a woman had been attacked by a man at 3.10pm outside the supermarket in London Road, Headington.

The victim has been hospitalized with ‘serious injuries’ and is believed to have known her attacker, according to police. 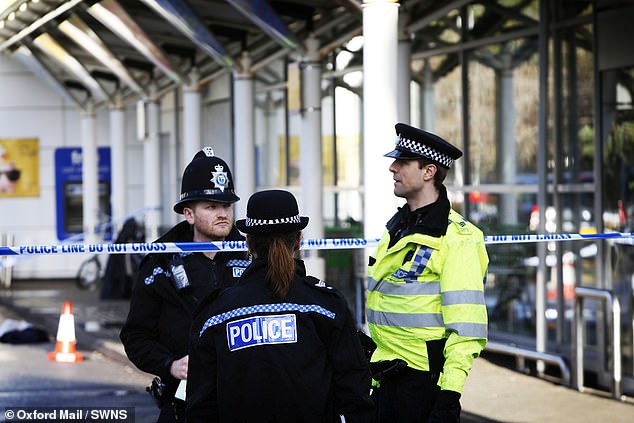 Shocked witnesses described pools of blood on the floor in the car park of the store, which is next door to a primary school.

One nearby shop worker told the Oxford Mail he saw the victim lying on the floor surrounded by blood, and said somebody told him she had been stabbed.

He told the paper she looked ‘younger than a teenager’.

Another passerby described the scene as ‘absolutely horrific’, adding that there were ‘puddles of blood’ and eight or nine police cars.

A national police helicopter was also on the scene.

Police are still hunting for the assailant and described him as black, of large build, with short dark hair. He was wearing a green bomber-style jacket with a tracksuit.

Detective Inspector Jim Holmes said: ‘Enquiries are ongoing in the area to locate the offender. Although we are in the early stages of our investigation, it is believed that the victim is known to the offender.

‘People in the community may notice an increased police presence while this is ongoing. 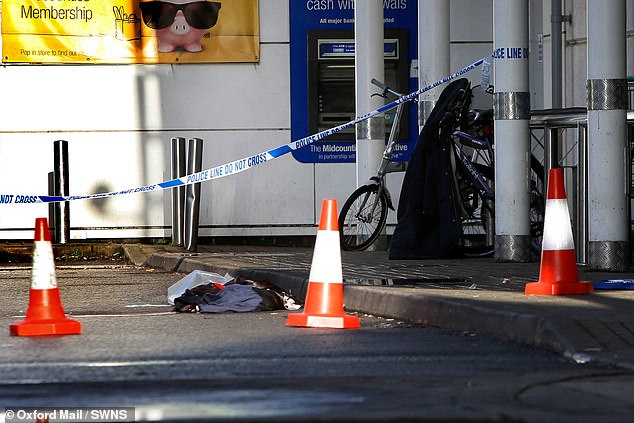 ‘This incident took place in an area which was busy at the time and I would like to appeal to anyone who was in the area who saw what happened and to anyone who has any dash-cam footage to contact police.’

If anyone recognises someone matching the description of the offender please call police on 999.

If you witnessed the incident or have further information about what happened please call 101, quoting the reference 784 12/3.