A teenager who was looking for his girlfriend’s apartment in Atlanta was shot and killed after knocking on the wrong door, police and loved ones said Saturday.

Omarian Banks, 19, was trying to visit his girlfriend, Zsakeria Mathis, Friday when he mistakenly went to a different apartment in the complex where she had recently moved, Banks’ cousin Rakiya Hawkins told ABC News Saturday morning.

Banks was FaceTiming with Mathis before knocking on the door, Hawkins said.

He “was knocking on a door that he believed to be his girlfriend’s apartment. Shortly after, the victim walked away from the door,” Atlanta Police Sergeant John Chafee told ABC News in an emailed statement.

But that’s when Darryl Bynes, who was in the apartment where Banks knocked, allegedly “went onto his balcony to confront the victim,” Chafee said.

“The resident produced a handgun and shot the victim,” he said. 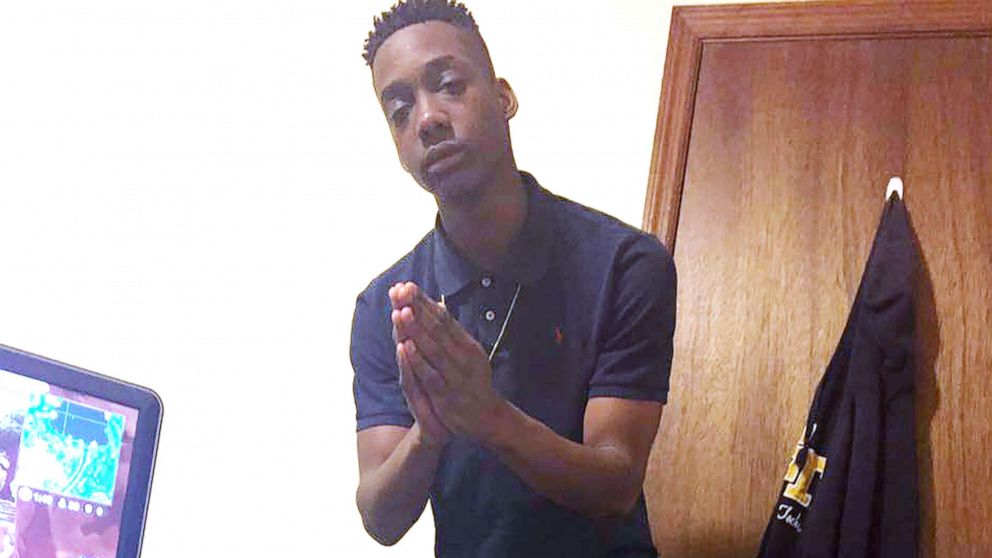 The Atlanta Police statement said Banks had been shot in the neck and died at the scene but offered no other details on the other gun wounds.

Bynes was arrested on Friday and charged with murder in court on Saturday morning, Chafee said. He is currently in Fulton County Jail.

It was not immediately clear if he had legal representation yet.

The victim’s mother, Lisa Johnson, said she struggled to understand what happened.

“I just want to understand why he had to take my son’s life. My son was just confused. He just went to the wrong door and he was begging for his life,” Johnson told ABC News.

Johnson remembered her son, who worked at McDonald’s, as “a typical teenager.”

“He worked. He was getting his life together, just trying to make his mom and family proud” she added. “My son was in the wrong place at the wrong time.”

Mathis said she was on the phone with him right before the shooting.

“He was a good person. He wasn’t doing anything wrong,” she told ABC News. “He just made a mistake by going to the wrong door. He had a big heart and loved everyone that was around him.”