A California high school football player apparently infuriated by his team’s loss in an intense championship game earlier this month decided to blow off some steam by taking a sledgehammer to the rivals’ locker room.

Unfortunately for the unnamed student at Sutter Union High School, his act of revenge was caught on video and then widely shared on Facebook and Snapchat, eventually leading to his suspension. 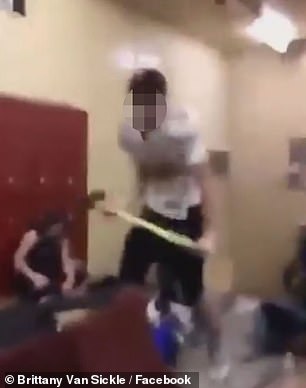 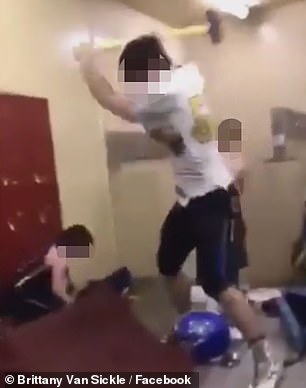 Smashup: This football player from Sutter Union High School in California was caught on video on December 1 destroying a couch inside a rival school’s locker room 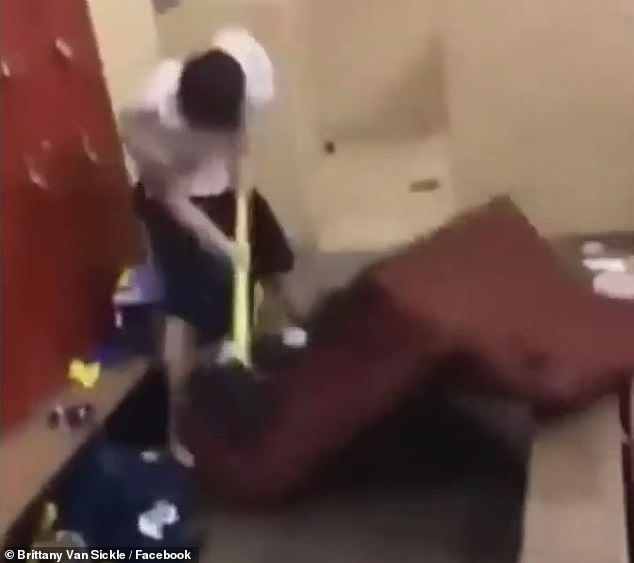 Bringing down the hammer: The sore loser wielded the sledgehammer his team has been using as a sideline prop symbolizing strength

Several other students are heard cheering him on, while others watch the spectacle without making any attempt to intervene.

The video was taken on December 1, shortly after Sutter Union had lost its North Section championship game to its long-time rival West Valley 7-0.

As of Wednesday afternoon, it has been viewed more than 37,000 on Facebook.

Sutter Union Principal and Superintendent Ryan Robison told Fox 40 he was disappointed to learn of the student’s violent display of unsportsmanlike behavior.

The administrator also shed light on the sledgehammer’s provenance, explaining that the Sutter Union team brought it along with them to the game because it has been their sideline prop symbolizing their strong defense for the past five years. 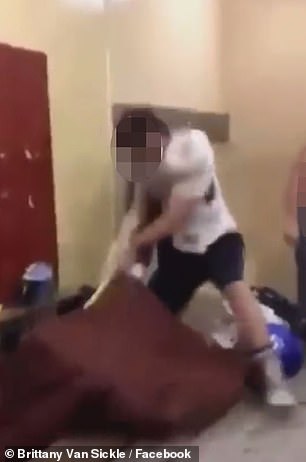 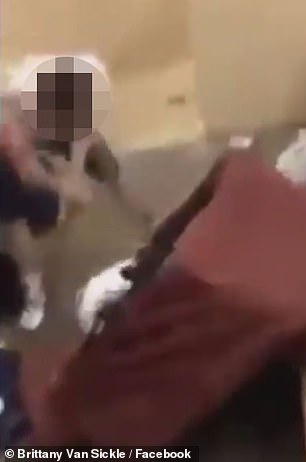 The video of the vandalism has gone viral on social media, drawing more than 37,000 views on Facebook alone 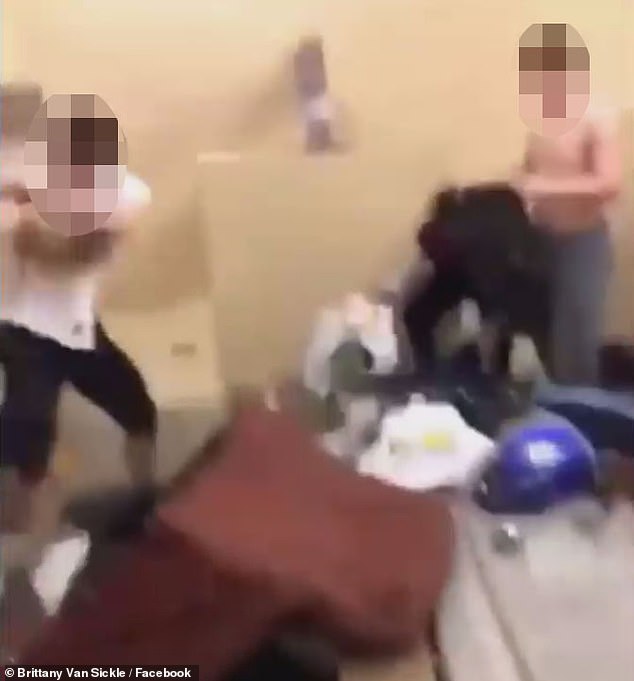 The Sutter Union student has been suspended, and he is also required to perform community service and raise money to repair the damage

School officials found out about the vandalism shortly after the incident but did not learn of the video’s existence until Monday.

The same day, the Sutter Union principal met with the football player and his mother to discuss his punishment.

According to Robison, on top of being suspended from school, the teen will be have to perform community service and raise money to repair the damage inflicted by him to West Valley’s locker room.

The principal said that during the meeting, the boy took responsibility for his actions and expressed remorse.

‘This young man did make a mistake, a tremendous mistake. One he’s going to pay for for the rest of his life because once you’re on the internet, it never goes away,’ said Robison.

Sutter Union football player Tyler McCool sought to provide some context for the incident, telling CBS Sacramento that the loss in the last playoff game of the season was an emotional experience, especially given the history of rivalry between the two schools.