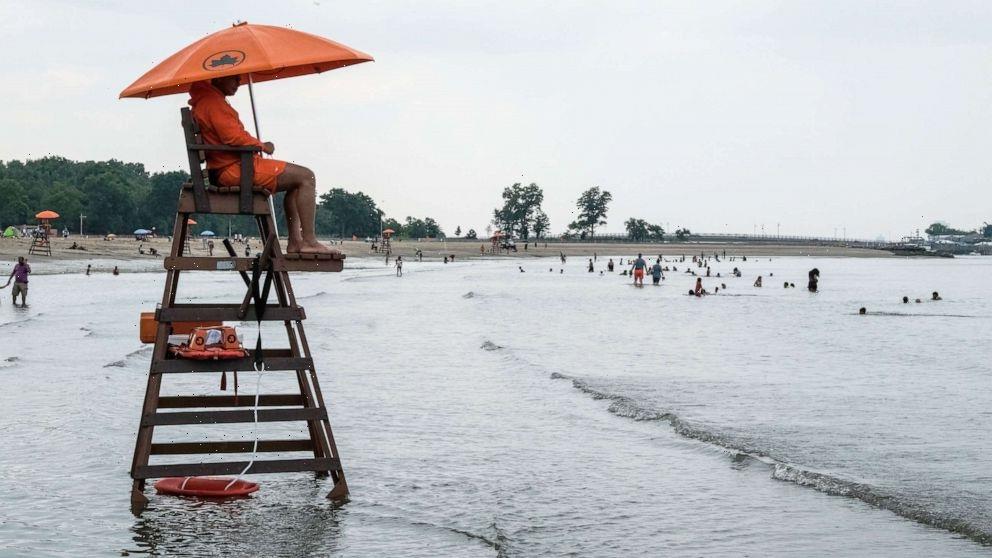 A teenager who was struck by lightning Thursday at a New York City beach has died, officials said.

He was one of seven people who were struck by lightning while at Orchard Beach in the Bronx around 5 p.m. when a fast-moving storm approached, according to city officials.

Stacy Saldivar, 13, was among those struck when she and her parents and two sisters were running off the beach, she told New York ABC station WABC outside the hospital Friday.

“A huge lightning just went in front of me, hit in front of me and I passed out,” Saldivar told the station. “Then I was shaking and blood started coming out of my mouth.”

When she woke up, she was in the ambulance, she said.

The lightning felt like “a little tingle, it really hurt a lot,” Saldivar said. “I feel lucky because Jesus revived me.”

“I feel lucky because Jesus revived me,” she said.

The others struck included a 41-year-old man and a 33-year-old woman and three other children — two boys ages 14 and 5 and a 12-year-old girl, according to city officials.

EMS responded and transported them to the hospital, officials said. They are expected to survive, WABC reported.

Prior to the incident, lifeguards had cleared all swimmers from the water, and NYC Parks staff instructed visitors to clear the beach, according to NYC Parks Department spokeswoman Meghan Lalor.

“Our hearts go out to the victims of this tragic incident,” Lalor said in a statement.