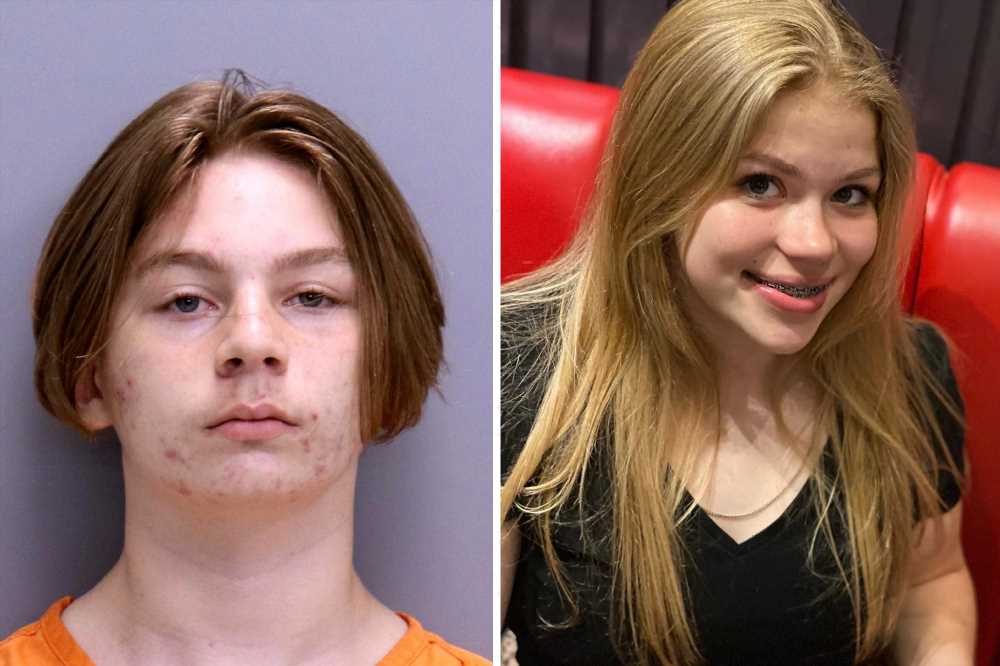 The Florida teenager accused of killing 13-year-old cheerleader Tristyn Bailey allegedly stabbed her more than 100 times — and will face trial as an adult, prosecutors said Thursday.

Larizza revealed gruesome details in the case, including how Bailey was stabbed 114 times, with 49 defensive wounds found on her hands, arms and head.

The tip of the hunting knife Fucci allegedly used to kill her broke off in her scalp, Larizza said.

“To say that it was horrific could arguably be made as an understatement,” Larizza told reporters about the brutal May 9 slaying.

The murder weapon was discovered in a pond, near where Bailey’s body was found in a wooded area of St. Johns on May 10.

Her DNA was found on the blade, as well as on shoes and a t-shirt found in Fucci’s bedroom, according to Larizza. His DNA was allegedly found on her body.

The teen, who attended the same school as Bailey, had allegedly told several people that he intended to kill someone by taking them in the woods and stabbing them.

But the chilling statements were never reported to authorities, according to the prosecutor.

“It was clear he was considering a homicide,” Larizza said, adding that it was “just a matter of time” before Fucci acted on the sick scheme.

“It is disturbing and concerning that those statements were not taken seriously by the folks that heard them,” Larizza said. “It was never reported beforehand.”

Fucci was originally charged with second-degree murder as a juvenile, but the new charges automatically move the case to adult court.

Larizza said that while it “brought him no pleasure to charge a 14-year-old boy” as an adult, it was “the only choice that we could make” based on the law and facts in the case.

The state attorney’s office has filed a transfer order to move Fucci out of a juvenile facility to the adult court system, he said.

Fucci pleaded not guilty to the juvenile charges. He has not yet been arraigned on the adult charges, but may appear in court as early as Friday.