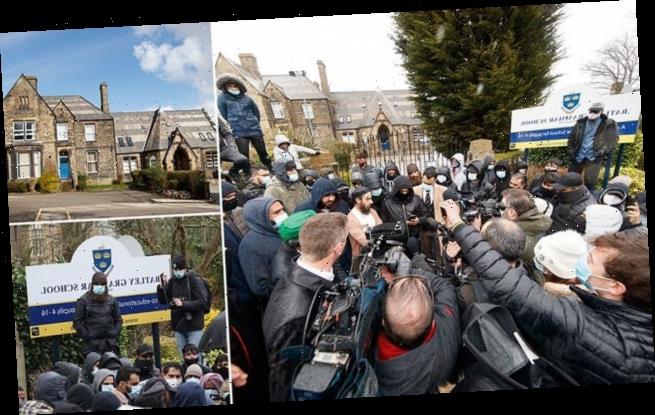 EXCLUSIVE – ‘I fear I will be murdered’: Blasphemy row RE teacher tells his father from hiding he can never return to his old life after death threats over Prophet Muhammad lesson – and says school has thrown him under a bus

The RE teacher who sparked a blasphemy row after allegedly showing students a cartoon of the Prophet Muhammad fears he will be murdered and will never be able to return to his old life, his father has told MailOnline.

The teacher, 29, who is not being named, has gone into hiding with his partner after receiving death threats.

Speaking exclusively to MailOnline, his father said: ‘My son keeps breaking down crying and says that it’s all over for him.

‘He is worried that he and his family are all going to be killed.

‘He knows that he’s not going to be able to return to work or live in Batley. It’s just going to be too dangerous for him and his family.

‘Look what happened to the teacher in France who was killed for doing the same thing. Eventually they will get my son and he knows this. His whole world has been turned upside down. He’s devastated and crushed.

‘When he starts speaking, he just breaks down and cries. He’s become an emotional wreck.

‘He feels that everything is broken and to be honest, it’s hard to console him at the moment because that is the truth.’

The Batley Grammar School teacher sparked fury by allegedly showing pupils cartoons of the Prophet Muhammad in a RE lesson. Pictured: Protesters outside the school on Friday 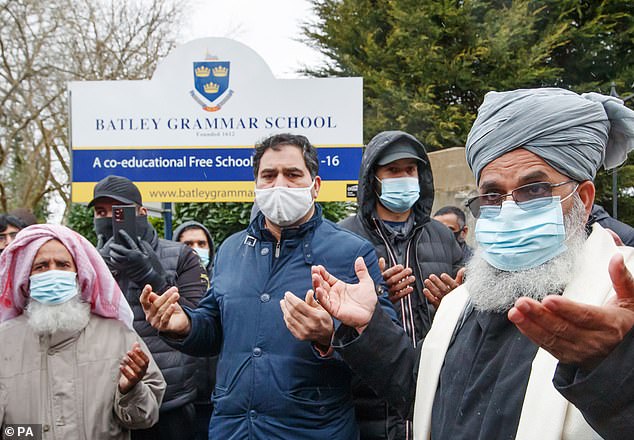 It prompted a wave of protests last week with those taking part in a prayer outside the school in Batley, West Yorkshire. The school was shut down and the unnamed teacher was suspended 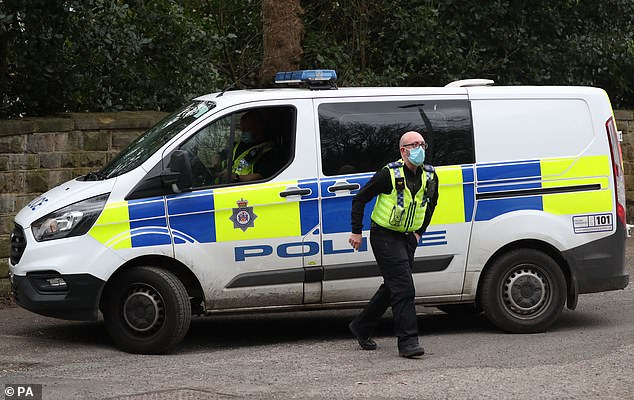 A police officer arrives at a protest outside Batley Grammar School in Batley, West Yorkshire

The teacher also criticised Batley Grammar School for its handling of the incident.

In the immediate aftermath, the school suspended him and Headteacher Gary Kibble apologised to parents for the ‘inappropriate’ use of the cartoons, taken from the French satirical newspaper Charlie Hebdo.

However, a petition set up for the teacher to keep his job now has 64,000 signatures.

And his father fumed: ‘The school has thrown my son under a bus. The lesson that he delivered in which the picture of the Prophet Muhammad was shown was part of the curriculum, it had been approved by the school. Other teachers have done exactly the same thing.

‘So why is my son being victimised like this? The school should have come out fighting for him and made it clear to the protestors that if offence was caused, then it was not my son’s fault. It was the school’s policy to show this picture, it wasn’t an individual decision made by him.’

He revealed that a CCTV camera had been set up to monitor his son’s home after neighbours reported gangs of young men arriving at the property to look for him. 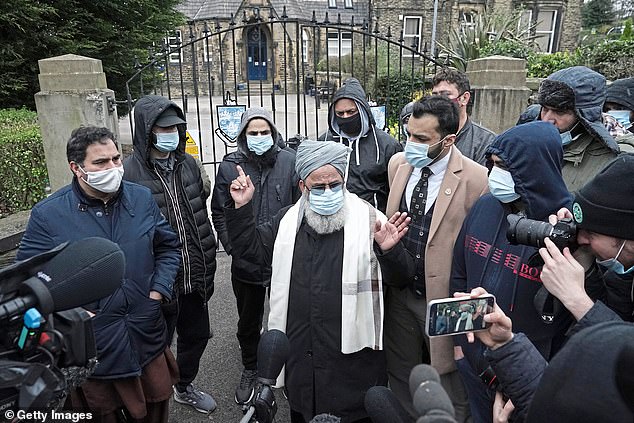 His father said: ‘Even if he gets his job back, how can he possibly return to Batley Grammar School? It will be far too risky. And how will he be able to walk around the town with his kids, doing normal things knowing that he could be killed?

‘Sadly, his life here in Batley is over and it’s very daunting for him to think about starting somewhere else afresh.’

The teacher’s mother has also gone into hiding following fears that other members of the family may also be attacked and is currently not staying at her marital home in Batley.

He said: ‘My wife is petrified that we’ll also be targeted and has become a bag of nerves since all this happened. She’s unable to stay in our home. This whole incident has had a devastating impact on us, and we are all scared about the situation we find ourselves in.’ 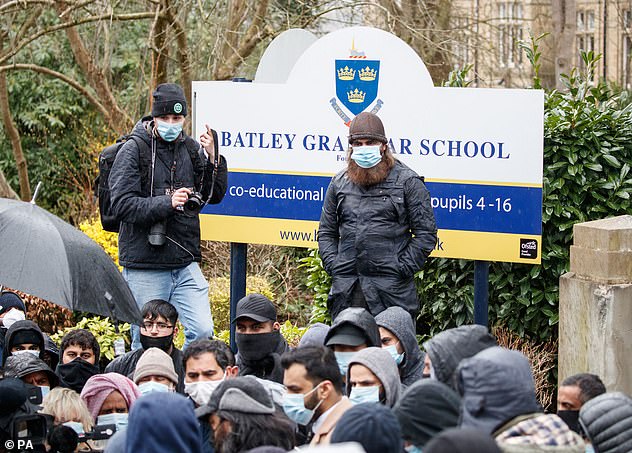 He revealed that a CCTV camera is also being set up at his home and that police officers have also visited to provide advice on how he and his wife can keep themselves safe.

Referring to the protestors that gathered outside Batley Grammar School, he said: ‘This issue obviously means a lot to them and I can understand that.

‘But the school and my son have issued a full apology, and both have said that they won’t allow the same thing to happen again. That should be the end of the matter and my son should be allowed to get on with his life.’

He described his son as a ‘stand up’ Yorkshireman who had worked hard throughout his life, holding down a job at a local supermarket to help him pay his way through university, where he studied Religious Education.

John said: ‘He balanced studying, bringing up kids and working in a local Tesco and has achieved a lot in his life. I can’t really fault him, he’s a fantastic son and a role model dad.’

John said that as a youngster his son was a keen amateur rugby player at Dewsbury Celtic Rugby League Club and is also a passionate supporter of Batley Rugby League Club, where he holds a season ticket.

He added: ‘He’s just a normal Yorkshire lad who loves his rugby and looks after his family. I’m very proud of him and it breaks my heart to see him so broken.’