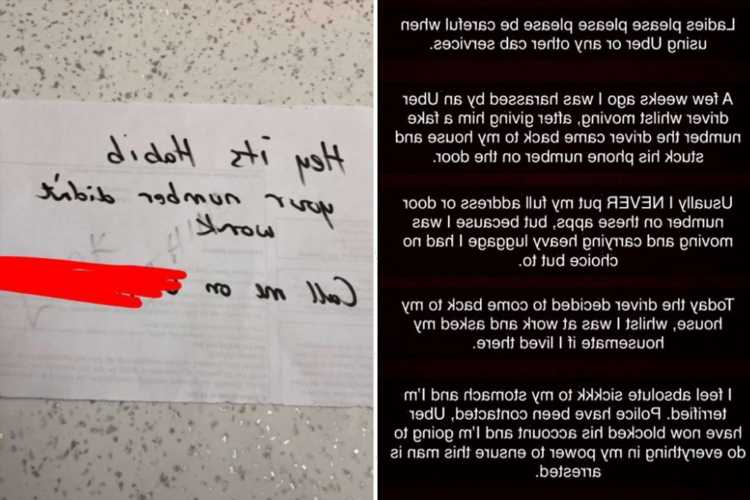 A TERRIFIED teaching assistant has been sleeping with a hammer next to her bed after an Uber driver showed up at her house twice without her ordering a taxi.

Amélé Sossavi, 25, first met the driver when she ordered an Uber to move some suitcases from her old home to a new one on September 20. 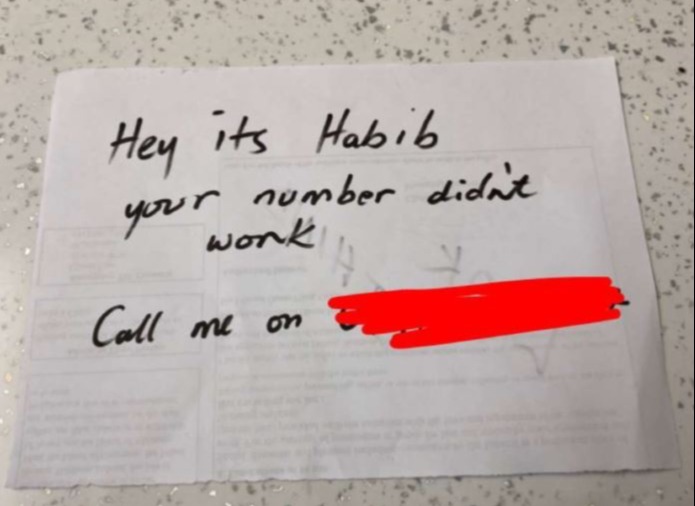 She said she exchanged small talk with him during the journey, but it soon turned uncomfortable, Metro.co.uk reports.

The driver asked her if she had a boyfriend and demanded her phone number once he dropped her off at the new address in south London.

Amélé tried to deflect his advances by giving out a fake number, but two days later she found a note posted through her letterbox.

It said: "Hey it’s Habib your number didn’t work. Call me on…" followed by his contact details.

Despite being alarmed, Amélé, who works near where primary school teacher Sabina Nessa was murdered, decided to ignore the driver’s note.

But while she was at work on Wednesday, she received a text from one of her flatmates, which said: "Amélé your Uber driver just came to the house."

When I eventually went back, I had to lock all the doors and I have been sleeping with a hammer next to my bed as he now knows my address, he knows where I live.

Amélé told Metro: "When my flatmate told me, I just broke down. I work at a school and was on my lunch break when I found out and a couple of my colleagues had to calm me down.

"Especially with everything that has been happening to women recently, this really freaked me out."

She added: "I did not even stay at home that night as I did not feel safe.

"When I eventually went back, I had to lock all the doors and I have been sleeping with a hammer next to my bed as he now knows my address, he knows where I live."

Terrified, Amélé called the police and told them she was worried she was being harassed and stalked, and asked for an officer to meet her at the school.

She said the male officer initially "did not understand the urgency of the situation" and told her they did not have enough officers.

After "fighting" to get the police to help her, a female officer went to the school and escorted Amélé home.

Later that day, Amélé was told by police that the driver was fired by the taxi company.

Amélé added that she had a "very positive" experience with the police, but she pointed out it was because female officers were on her case.

The young woman also contacted Uber to tell them she received an alarming note from the driver, however, she said they did not respond until after his second visit.

Speaking about how the incident has affected her life, Amélé said: ‘I am back at my house now but I just feel sick.

"I do not feel safe and I do not think I will feel safer any time soon. I am going to start taking martial arts and self-defence classes because I just keep worrying.

"I will also never take an Uber ever again. I actually enjoyed speaking with taxi drivers but this has made me become anti-social as it seems that having a conversation and being friendly to someone makes them think much more."

A spokesperson for the Metropolitan Police confirmed they received a report of harassment and stalking on Wednesday.

They said: "It was reported a woman had been harassed and repeatedly contacted by a private hire driver.

"An appointment was made to speak to the woman later the same day. The private hire driver was identified and spoken to and words of advice were issued." 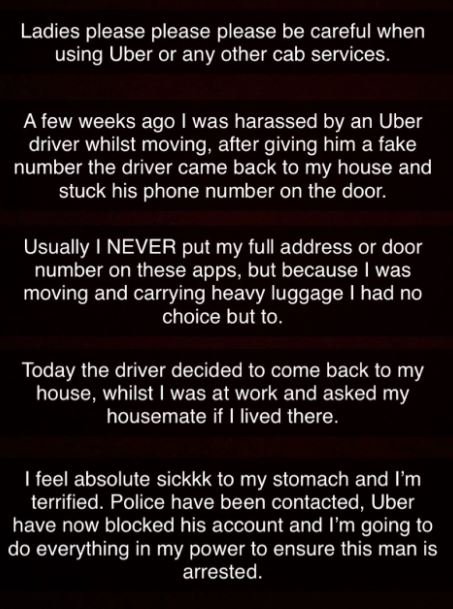 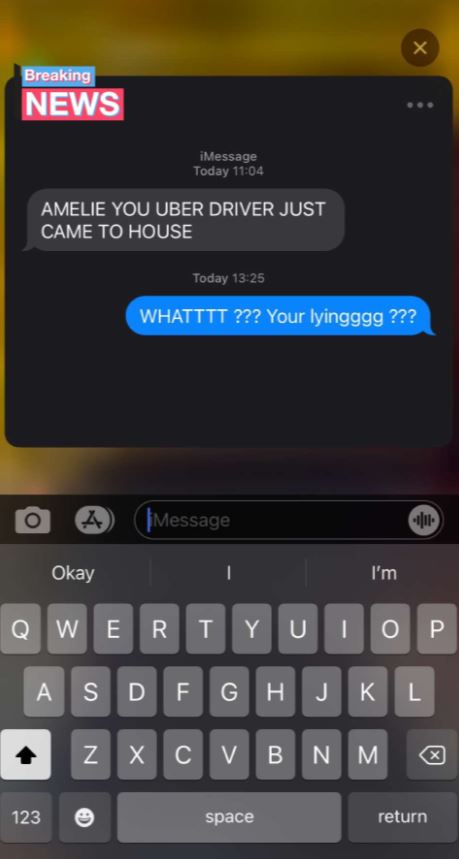