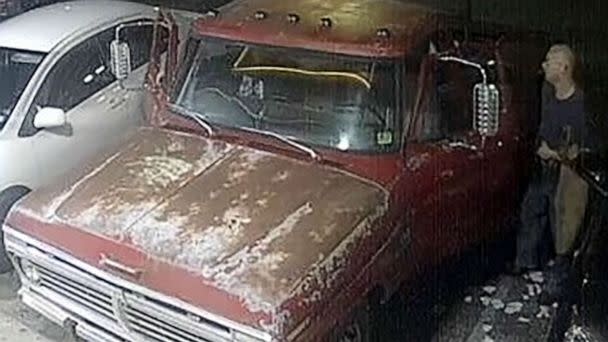 The identity of a customer who fatally shot a masked robber inside a Houston taqueria and returned the stolen money to terrified diners remained a mystery Sunday as police released a surveillance image of him and requested he come forward for questioning.

Graphic security video from The Ranchito #4 taqueria in southwest Houston captured the unidentified customer pulling a pistol and turning the tables on the bandit as he circled the restaurant demanding customers to fork over their wallets while threatening them with what appeared to be a real handgun.

The footage showed the defiant customer pulling his weapon and firing from his seat at a booth, where he was dining with a man, hitting the robber multiple times in the back as some of the patrons dove under tables. The assailant collapsed near the front of the restaurant before the patron who shot him got up, stood over him and fired one more time point blank, the video shows.

At least nine gunshots could be heard on the video. No one else was injured in the incident.

The shooting unfolded around 11:30 p.m. on Thursday as 10 customers were dining inside the taqueria, according to the Houston Police Department.

“Witnesses told officers the suspect entered the restaurant and pointed a pistol at patrons as he demanded their money. As the suspect collected money from patrons, one of the patrons, described as a white or Hispanic male, produced a gun of his own and shot the suspect multiple times,” police said in a statement.

The gun the robber used to menace diners turned out to be a toy gun, police said.

“The shooter collected the stolen money from the suspect and returned the money to other patrons. He and other patrons (victims) then fled the scene,” police said. 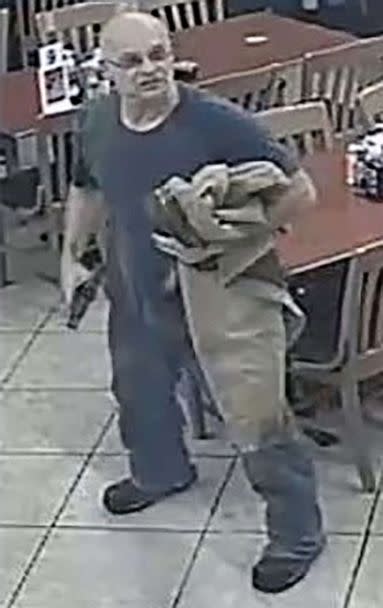 The security video shows the armed customer picking up the robber’s weapon and throwing it against a wall.

A surveillance image of the customer and his vehicle, a battered 1970s or 1980s pickup truck, were released by police, who said they want to question him and other patrons who left the scene without providing officers a statement.

“Investigators want to speak with the man for his role in the shooting,” police said in a statement, adding that no charges have been filed.

Police told Houston ABC station KTRK that an attorney who is making arrangements for the person of interest has reached out to speak with investigators.

The identity of the dead suspect, who is believed to be in his 20s, is pending verification by the Harris County Institute of Forensic Sciences, police said.

At the time of the robbery, the suspect was dressed all in black, including a black ski mask and black gloves, according to police.

He was pronounced dead at the scene by paramedics, authorities said.