THE Taliban are "going to door to door" to round up young girls to be “sex slaves” to fighters in the terror group, reports claim.

An inside source suggests that Taliban leaders are attempting to kidnap and forcedly marry women after after local leaders in Afghanistan were asked to present a list of those aged 12 to 45 last month. 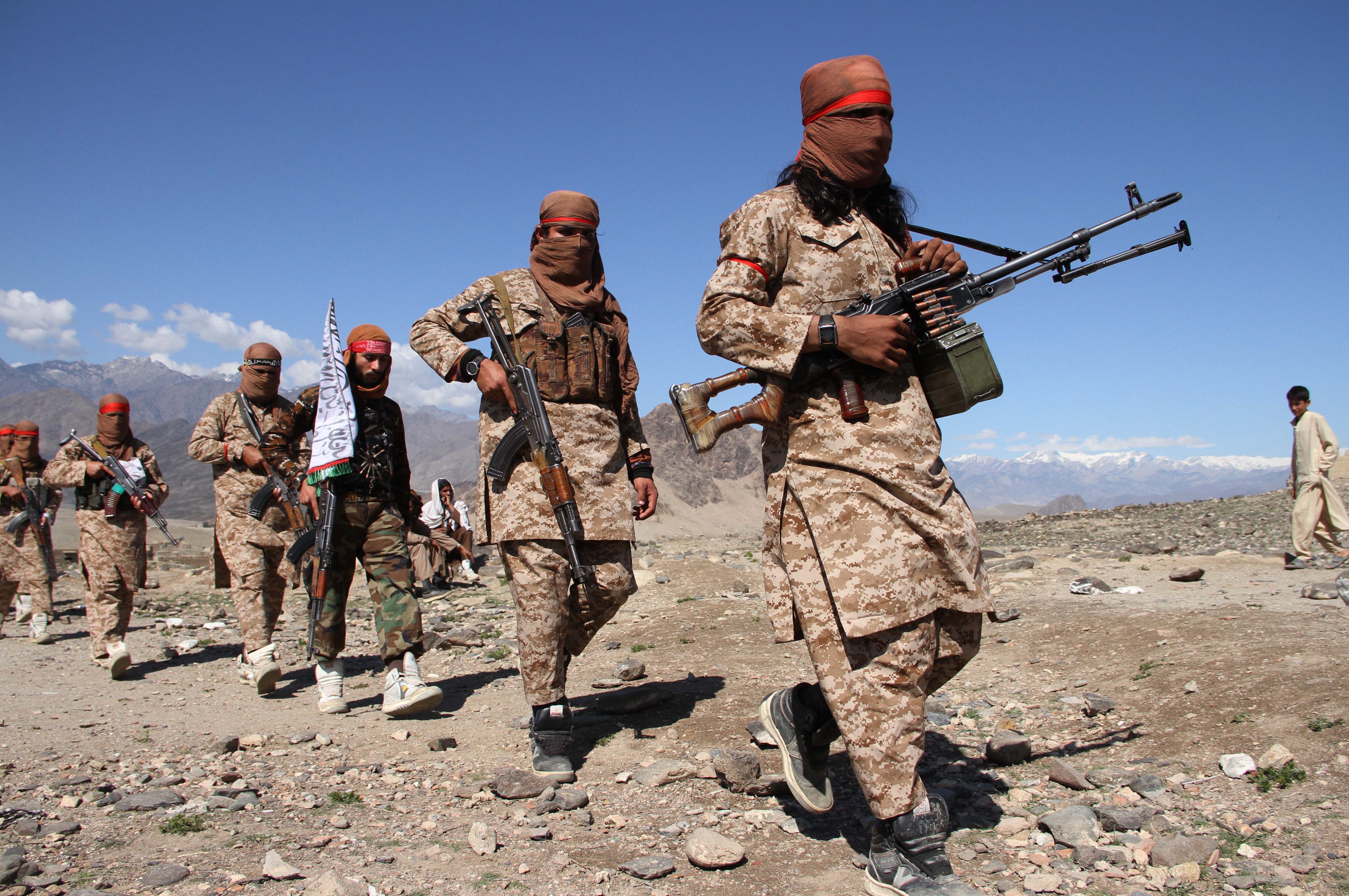 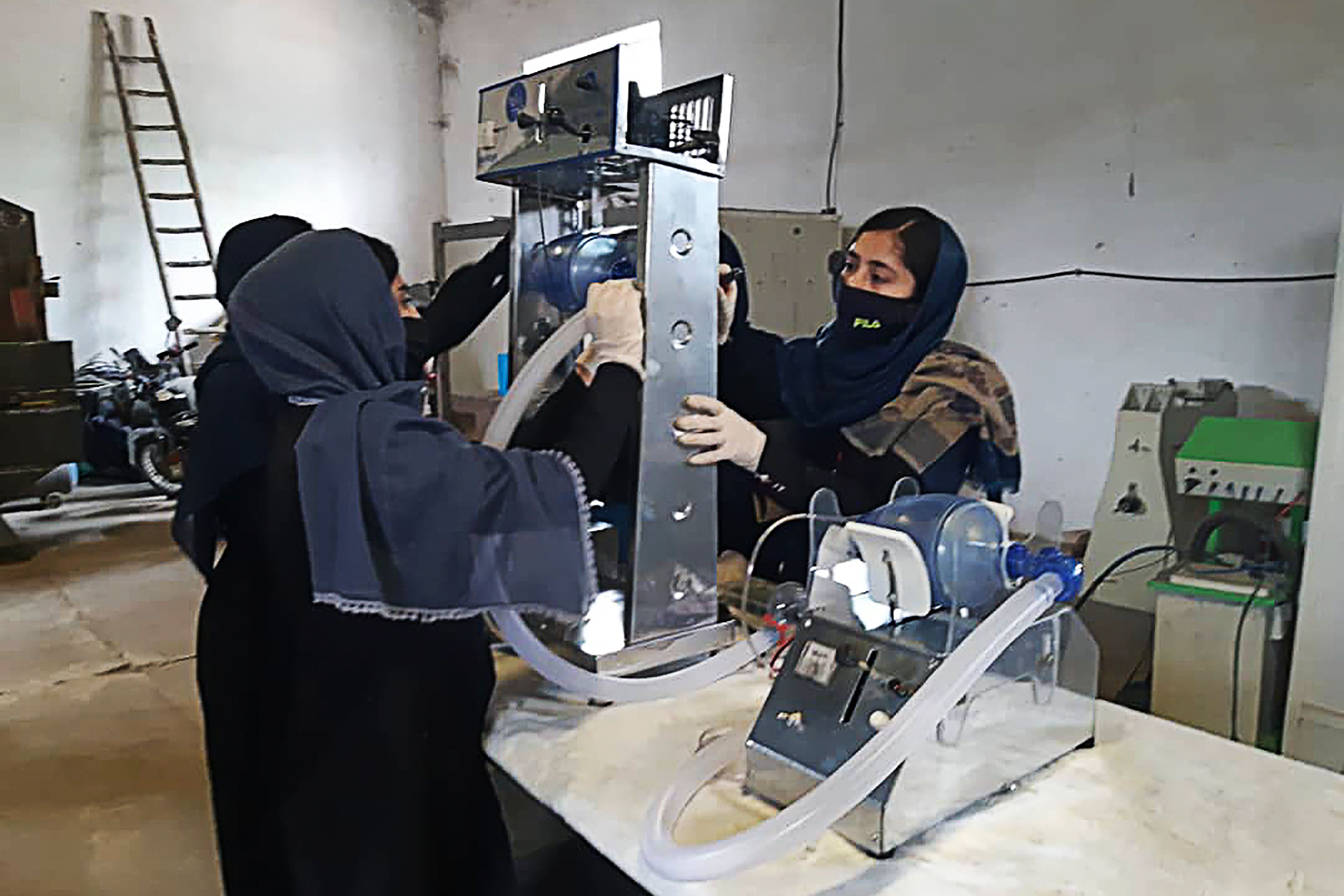 According to Bloomberg, the move signals the start of a terrifying rampage amid a return to a harsh sharia law.

Women cannot leave the house without a male escort and are being told it will be compulsory to wear a hijab.

As many schools and business are being destroyed, women will also only be allowed to attend school if their teacher is female,

The Taliban warned that anyone caught defying rules will be "seriously dealt with".

Consequentially, terrified women dreading their future are now fleeing the war-torn country as Afghan fathers expressed fears Taliban thugs will take away their daughters and force them to be slaves.

Farkhunda Zahra Naderi, who is a member of the Afghanistan’s High Council for National Reconciliation, spoke of her fear that any existing civil rights in the country will fall into disrepair.

She said: “My greatest fear is now they are marginalizing women who have been working in these leadership positions, who have been a strong voice against the most powerful abusers but also working with them to change the situation on the ground.”

If they eliminate these leaders, she says, who will be left to speak up for women and defend the gains made over the last 20 years.

Her words highlight the fallout of the US, UK and other nations decision to withdraw the last remaining troops from the area.

It has allowed Taliban soldiers to run rampant as the extremist groups continues with its major offensive, seizing swatches of territory, forcing thousands of soldiers to flee or surrender. 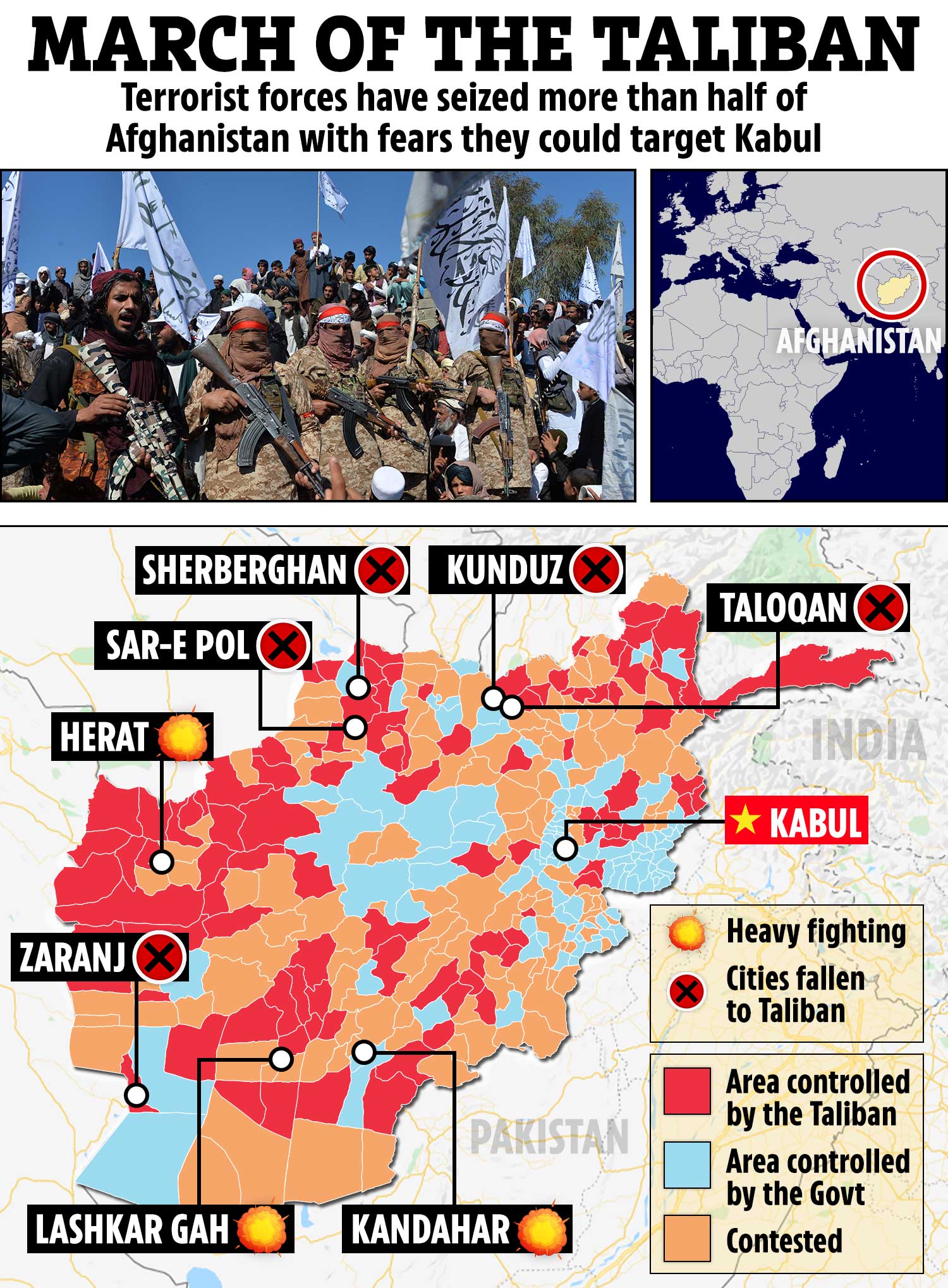 Reports this week suggest they have captured more than half of Afghan territory after American and British troops withdrew.

And they are now targeting key cities, including provincial capitals Herat in the west and Lashkar Gah in the south.

Zaranj, the Taliban's latest capture, is a major trading hub near the border with Iran.

Videos shared earlier this week on social media show the Taliban riding on US military trucks.

Another shows the fighters storming the streets on foot armed with guns, also thought to be stolen from the American army.

Shots are fired into the air to cries of "Allahu Akbar" as the group makes it known they are now in control.

The scenes are reminiscent of those in 2014 when masked ISIS members paraded through Syria and Iraq in US Humvees during their lightning offensive.

In a separate clip, Taliban soldiers were captured marching along roads as a special red unit stars dominated the streets.

The terror group are reported to control a number of major border crossings, including Spin Boldak, a major gateway to Pakistan. 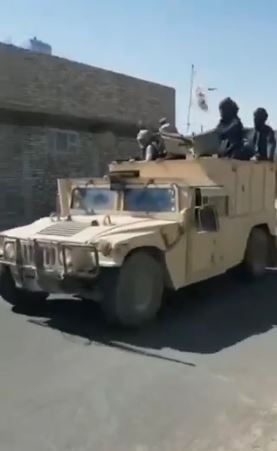 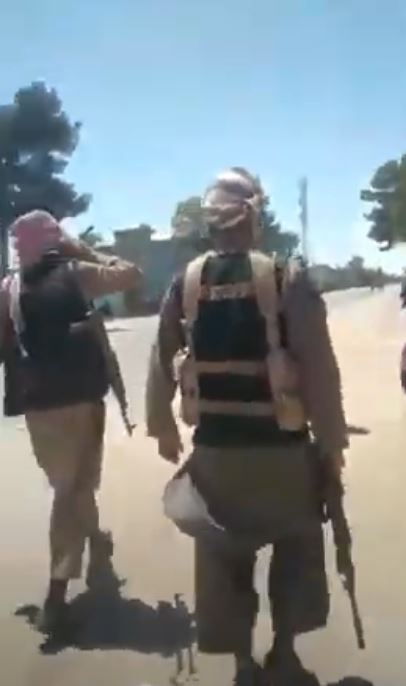 Clashes have intensified with Afghan forces, with dozens of the country's troops rounded up, executed and dumped in mass graves in a horrifying attack by the Taliban.

Graphic pictures show the bloodied bodies of what are claimed to be military personnel in Kang District in south-eastern Afghanistan.

The locals who captured the disturbing images claimed that "a number of soldiers who were taken captive after fighting were first tortured, their hands were tied and eyes were gouged".