Activists accuse Assad regime of firing rockets on the besieged rebel enclave hours after the deal came into force. 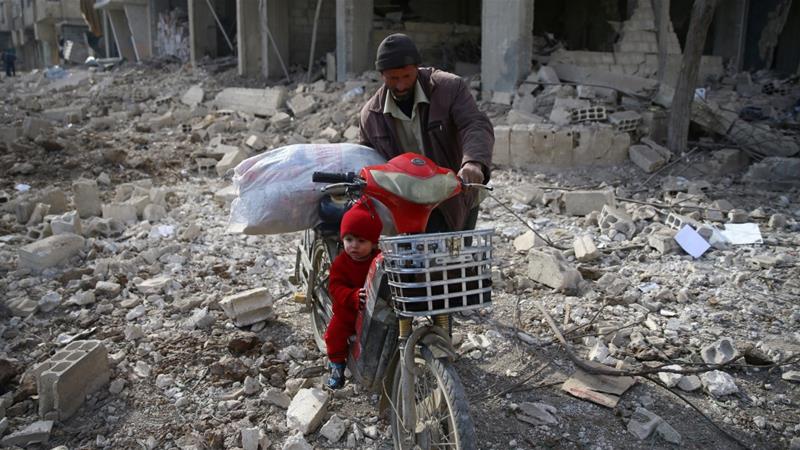 The Syrian Observatory for Human Rights (SOHR) said at least five rocket and artillery shells targeted the besieged enclave in the early hours of Saturday, shortly after a Russian-negotiated ceasefire had come into effect.

Al Jazeera’s Stefanie Dekker, reporting from an area near the Turkish-Syrian border, said Eastern Ghouta’s proximity to Damascus underlined its importance to the Assad regime.

“The ceasefire is currently holding but its fate will depend on how things develop on the ground,” she said.

Not all opposition factions in Eastern Ghouta had signed up to the deal, and it remains to be seen how long it will hold, our correspondent added.

Eastern Ghouta has been under a government siege since 2013, and the truce is expected to bring temporary relief to an estimated 400,000 people in the area suffering from acute food and medicine shortages.

Over the last two months, Russian jets and the Syrian army have intensified their bombardment of the rebel enclave.

News of the deal comes as the Syrian opposition announced it plans to boycott Russia-hosted peace talks in Sochi next week, saying it is an attempt to undercut the United Nations’ effort to broker a deal.

Saturday’s announcement was made in Vienna, where the latest round of UN talks between Syria’s government and the opposition wrapped without major breakthroughs.

“We listened to many guarantees concerning commitment, but none of them were delivered somehow,” said Yahya al-Aridi, Syrian opposition spokesman, following the announcement.

Aridi said it was up to Russia to put more pressure on the Syrian government to make concrete steps to resolve the crisis, which is now in its seventh year.

“We believe that the ball is in the Russian court,” he said. “They say that they have the upper hand in Syria and they were responsible for saving this regime for a long time, and they can bring it to commit itself to international legality resolutions and if they want, they can.

When asked how many times the opposition was willing to attend talks destined to fail from the start, al-Aridi singled out the regime for blame.

“You have to remember the person trying to undermine the political process. The regime selected a military solution as its strategy to silence the Syrian people, however the world thought of a political solution, and it issued UNSC resolutions. However [Assad] is working against these political resolutions and finding means to obstruct the UN from doing its job.”

In a separate press conference on Saturday morning, Nasr al-Hariri, leader of the Syrian opposition delegation, also called on the Assad regime to commit to “tangible goals” set by the UN.

So far, nine rounds of UN talks between the warring sides have made little progress towards ending the civil war. 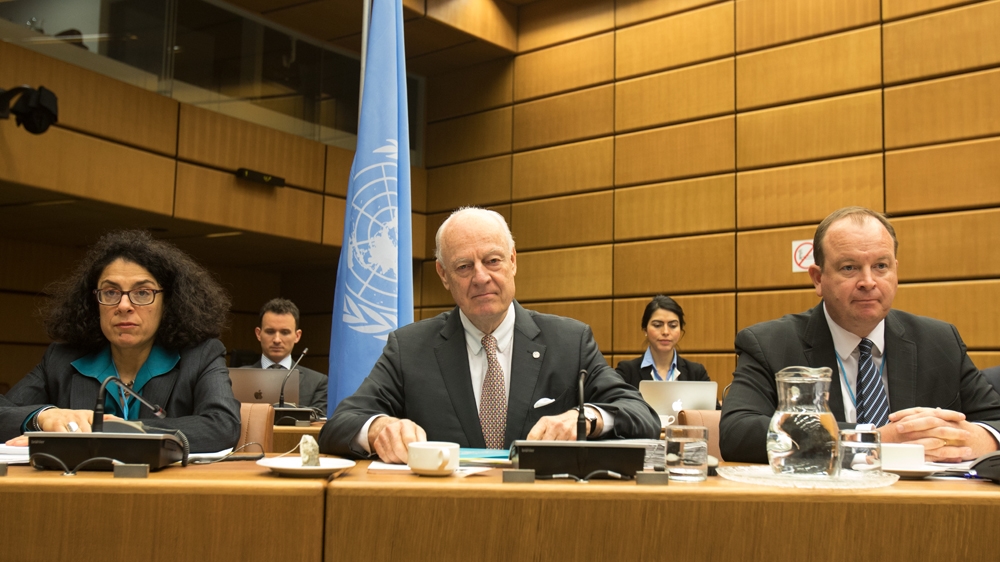 ‘No to foreign interference’

Staffan de Mistura, the UN special envoy for Syria, said he has not decided whether he will attend the talks in Russia.

Mistura said he shared the frustration of millions of Syrians at the lack of a political settlement to date.

“Ultimately, what is required is political will,” he said. “It is high time that diplomacy, dialogue and negotiations prevail for the interest of all Syrians.”

Earlier, Saudi Arabia, Jordan, US, Britain and France submitted a document to Mistura recommending a “practical approach” to achieve peace, including reforming the Syrian constitution and the conduct of “free and fair elections”.

Bashar al-Jaafari, Syria’s chief negotiator and representative to the UN, said the document was “unacceptable”.

“Our people have not and will never accept a solution that is parachuted onto them or that is carried on tanks,” he said in a statement to reporters.

“The goal of the conference in Sochi is to engage in a national intra-Syrian dialogue without foreign interference. The conference will be attended by about 1,600 participants who will reflect the various components of Syrian society,” he added.

Syria’s conflict, which started with peaceful anti-government demonstrations in March 2011, escalated into a full-blown war that has claimed more than 400,000 lives and driven about half of the country’s prewar population of 22 million from their homes.