THe mystery behind the Swedish plane tragedy which killed nine may never be solved amid fears the aircraft "was not fitted with black box", warns an expert.

The small propeller plane, carrying eight skydivers and its pilot, crashed shortly after 5pm GMT on Thursday, as it was taking off. 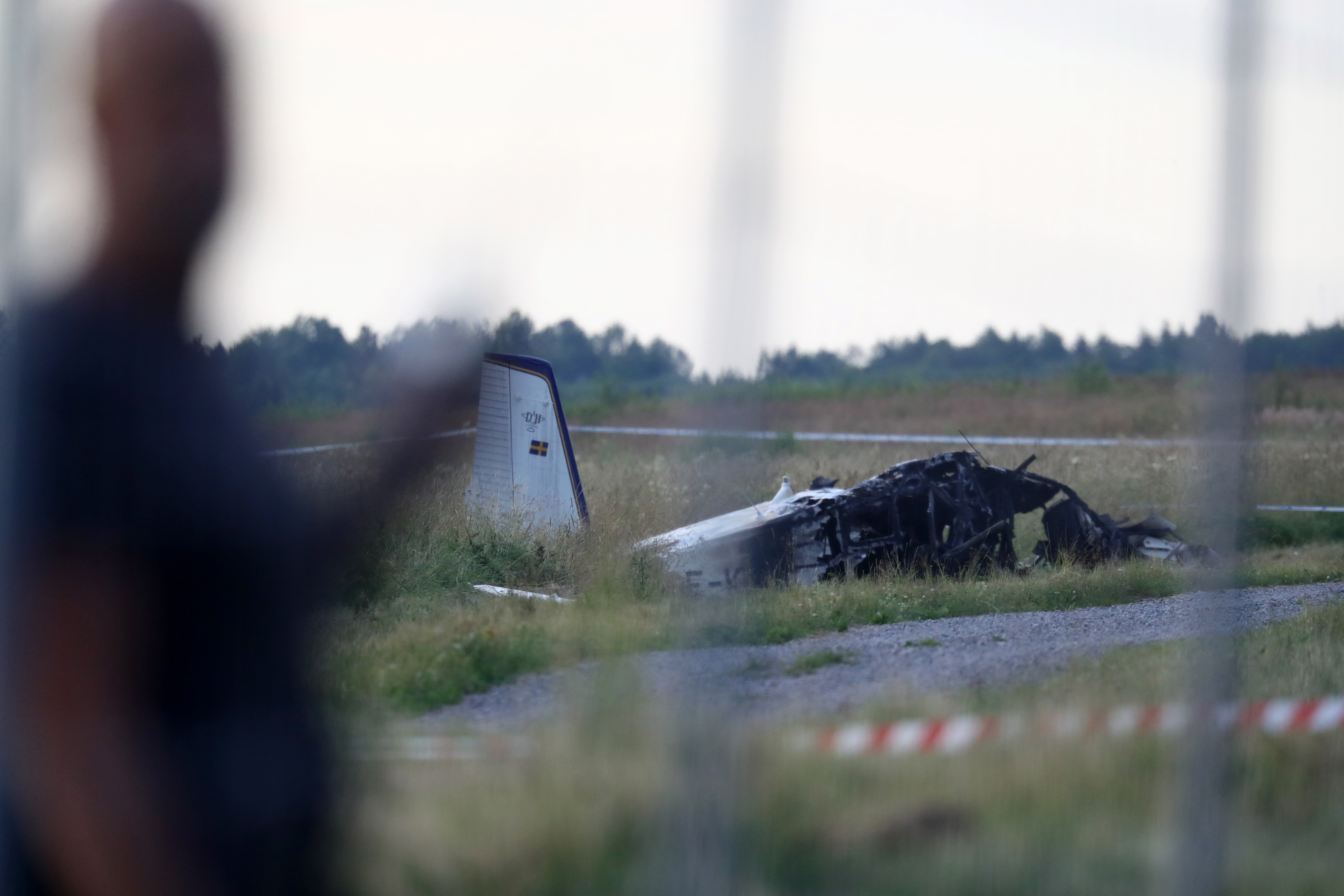 Paramedics rushed to the scene of the fatal smash at Örebro Airport, about 160km (100miles) west of Stockholm.

However, Swedish police later confirmed that all nine on board had tragically been killed.

The Swedish Accident Investigation Authority has already sent a team to the the accident site to probe the crash.

But flight expert Christer Åström told Aftonbladet that the plane might not have a black box to help the investigation.

He explained that there is no official requirement for this type of smaller plane – typically used for parachuting – to be fitted with a black box. 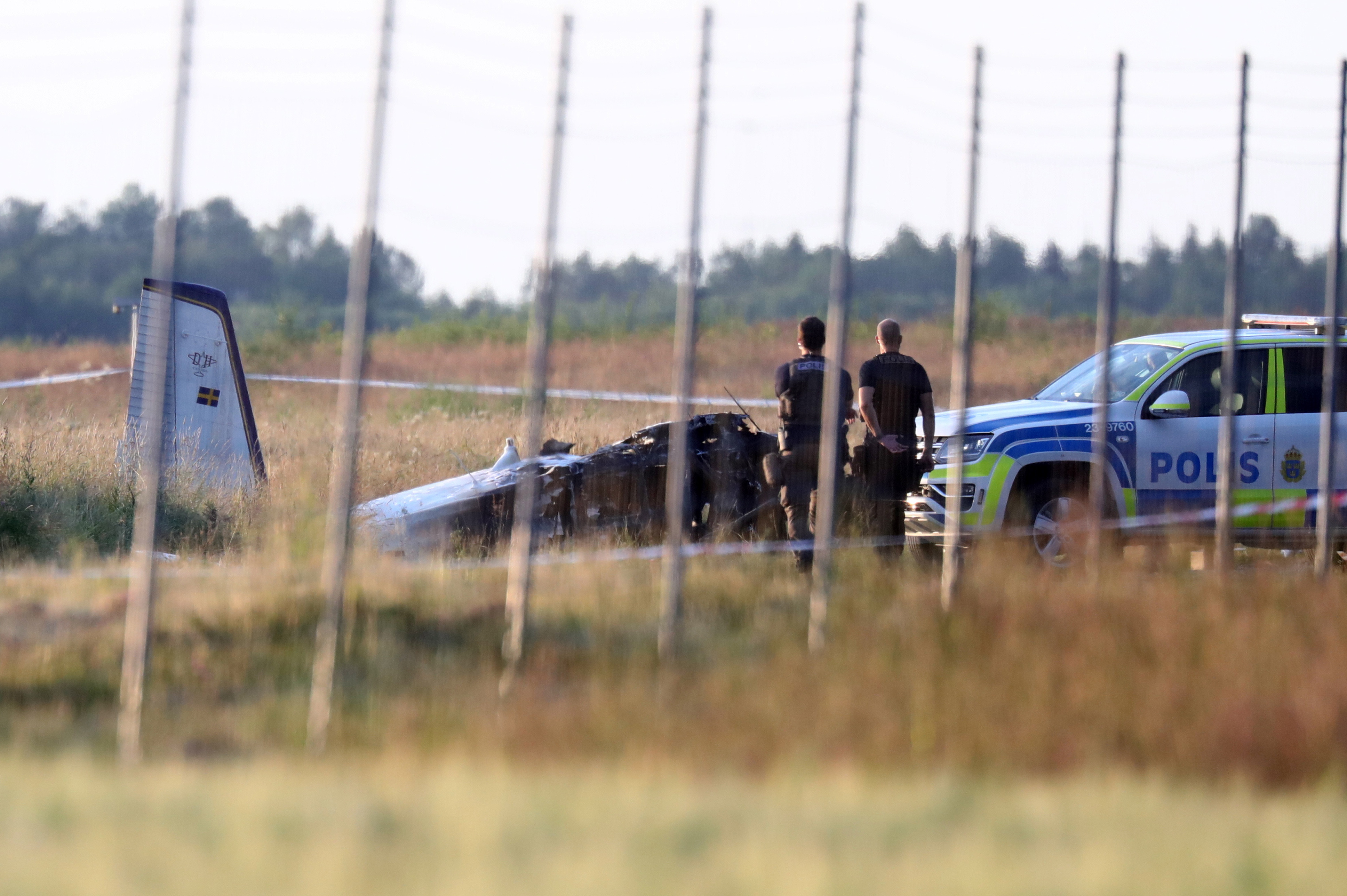 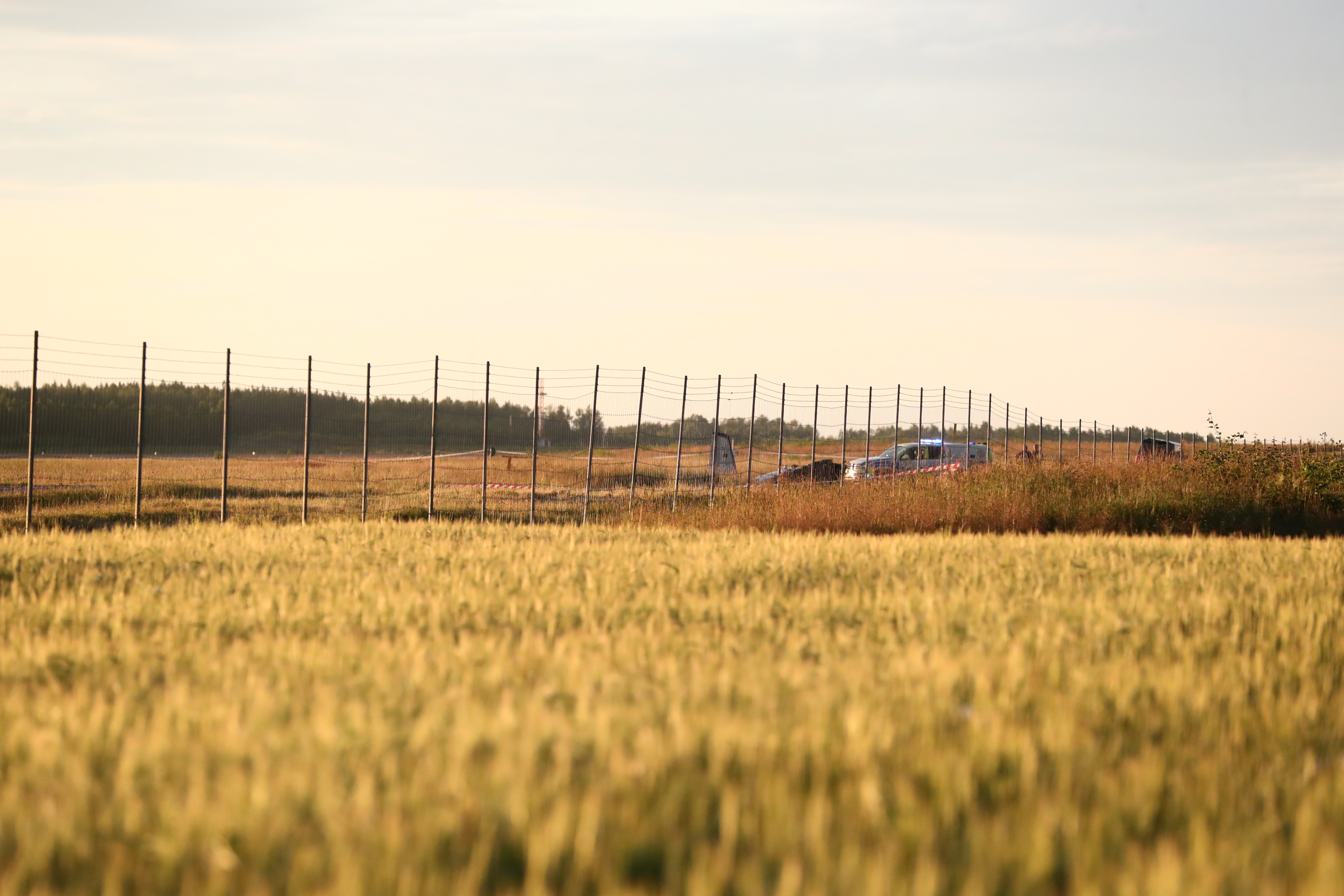 The expert said that, from an initial analysis, the crash could have happened because of the "plane's centre of gravity".

He said: "They did not make it more than a few hundred metres before the plane crashed.

"This is a tragedy for the Parachuting Association, that within three years they've lost two aircraft and all these members.

"It is a terrible blow to the sport of skydiving, which is otherwise filled with rules and safety regulations."

Åström was referring to a crash in Umeå two years ago, when all nine aboard another parachute plane perished when the aircraft broke into pieces midair, with the parts crashing on to the ground.

Aviation expert Hans Käll said he, too, believed that Thursday's accident will be hard to investigate, as the De Havilland DHC-2 Beaver appeared to lack a black box. 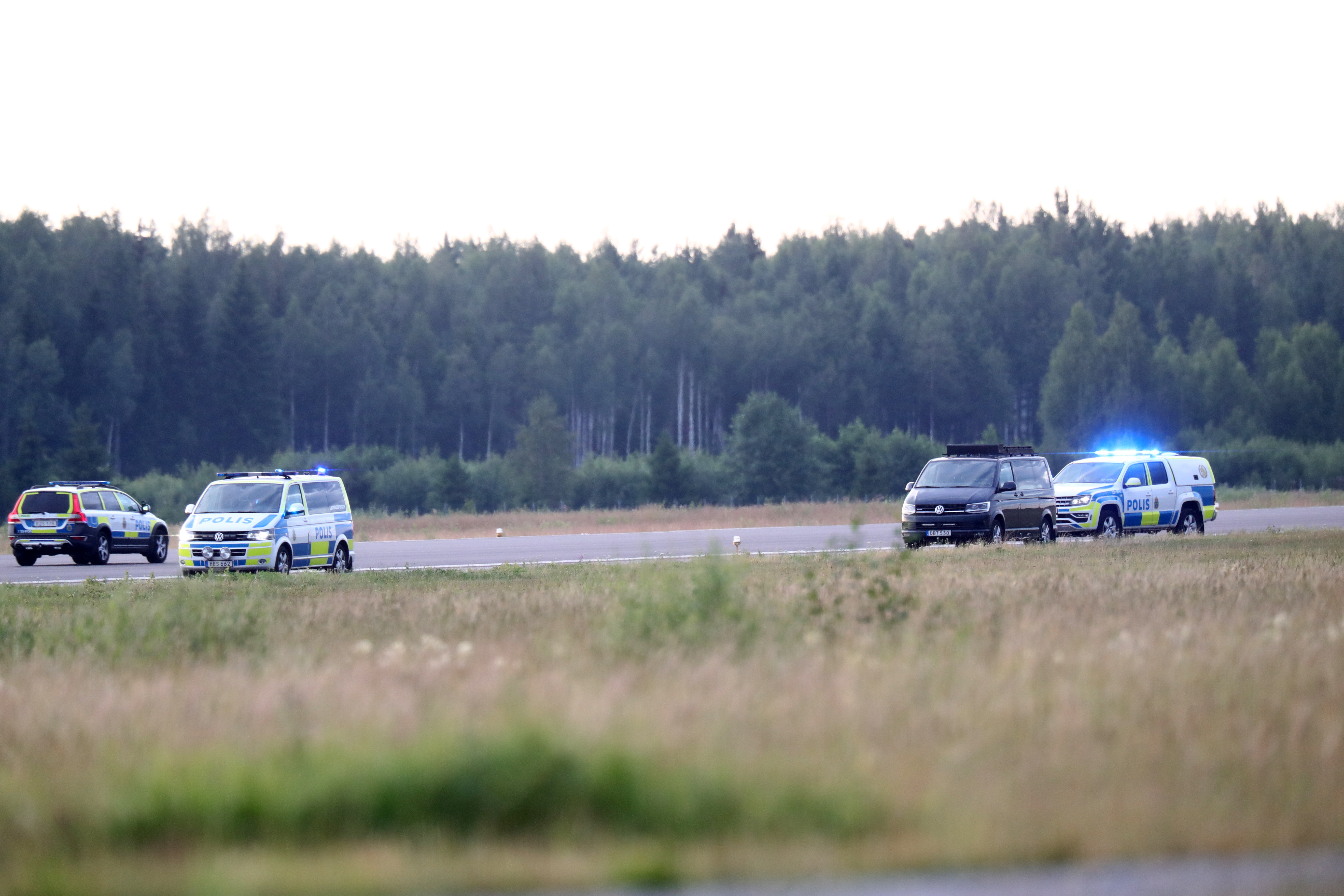 Local media said the plane caught fire after crashing, but the blaze was quickly extinguished.

Emergency services – including ten ambulances – rushed to the scene, according to reports.

Spokesperson Carl-Johan Linde of the Swedish Maritime Administration, which oversees air traffic, told broadcaster SVT the crash must have occurred in connection with the plane's takeoff.

Rescue services found the aircraft alongside one of the runways, he added.

Initially, police had referred to "multiple" deaths and said that one person had been taken to hospital with serious injuries.

But they later confirmed that those killed included the pilot and eight parachutists.

Emil Gustavsson, rescue leader at the Joint Rescue Co-Ordination Centre, told local TT news agency: "It is a sky diver plane that has crashed after takeoff."

Anna Oscarsson, head of communications for the Swedish Skydiving Association, said: "Normally, most skydiving is done on the weekends.

"But they had rented a plane to jump more intensely during the whole week."

The cause of the accident is not yet known.

Police have scheduled a news conference for today. 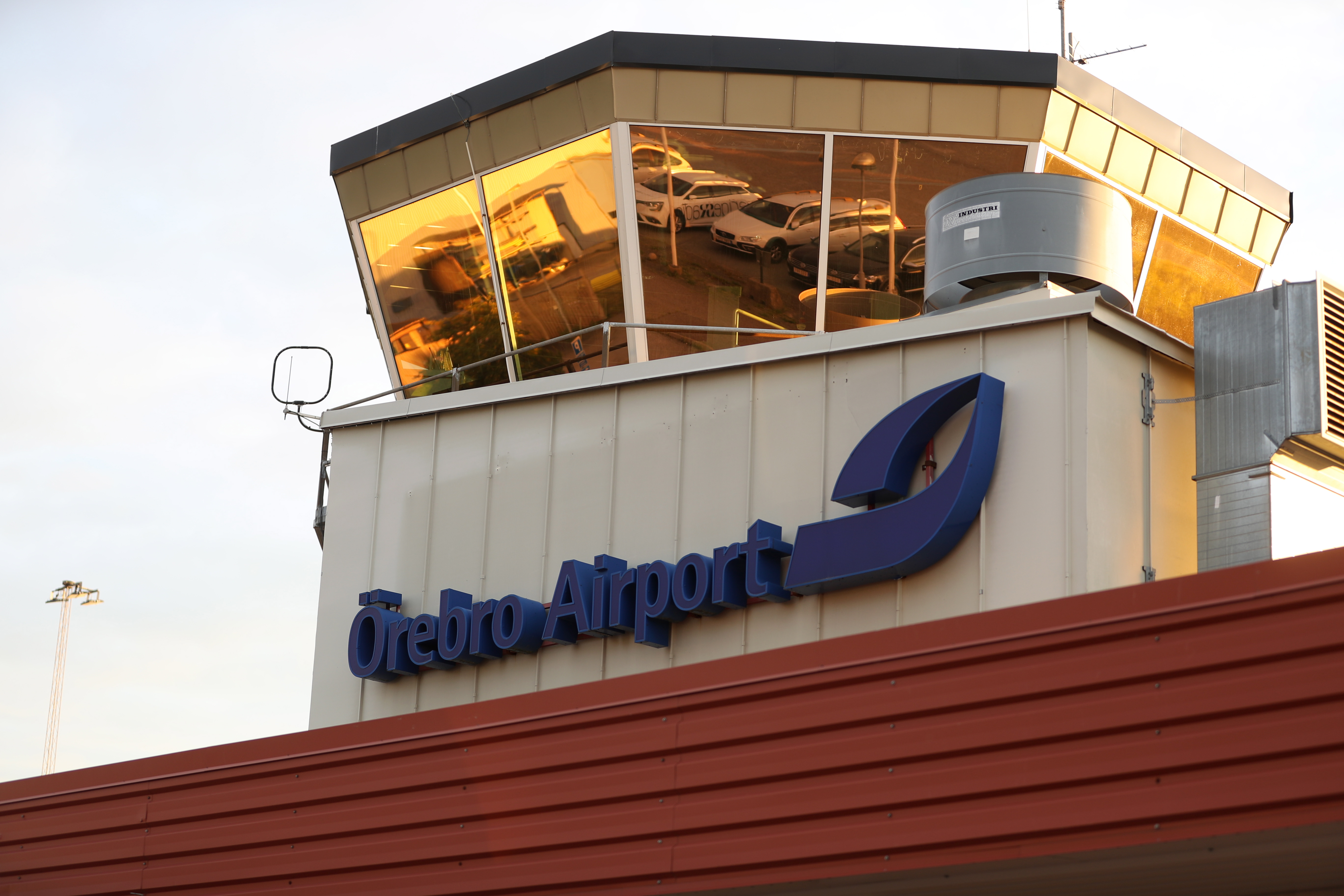 Örebro is the sixth-largest city in Sweden, with about 124,000 inhabitants.

Sky diving courses regularly take place in the city during the summer months – with a popular parachute club based in Örebro.

The city's airport is the fourth-largest cargo airport in Sweden.

In 2019, a tourist plane carrying nine people crashed into a Swedish river, killing all passengers.

Horrified eyewitnesses told how they heard a loud "bang" before the plane plunged into a river outside Umea during a skydiving trip.

Authorities said the passengers were skydivers and some witnesses told Swedish media they saw parachutists trying to jump off the plane just before the crash.