The lexicographer has dug through historical dictionary archives to unearth rude terms – from the Shakespearean version of the 'F word' to the Victorian slang for a 'drunkard'. 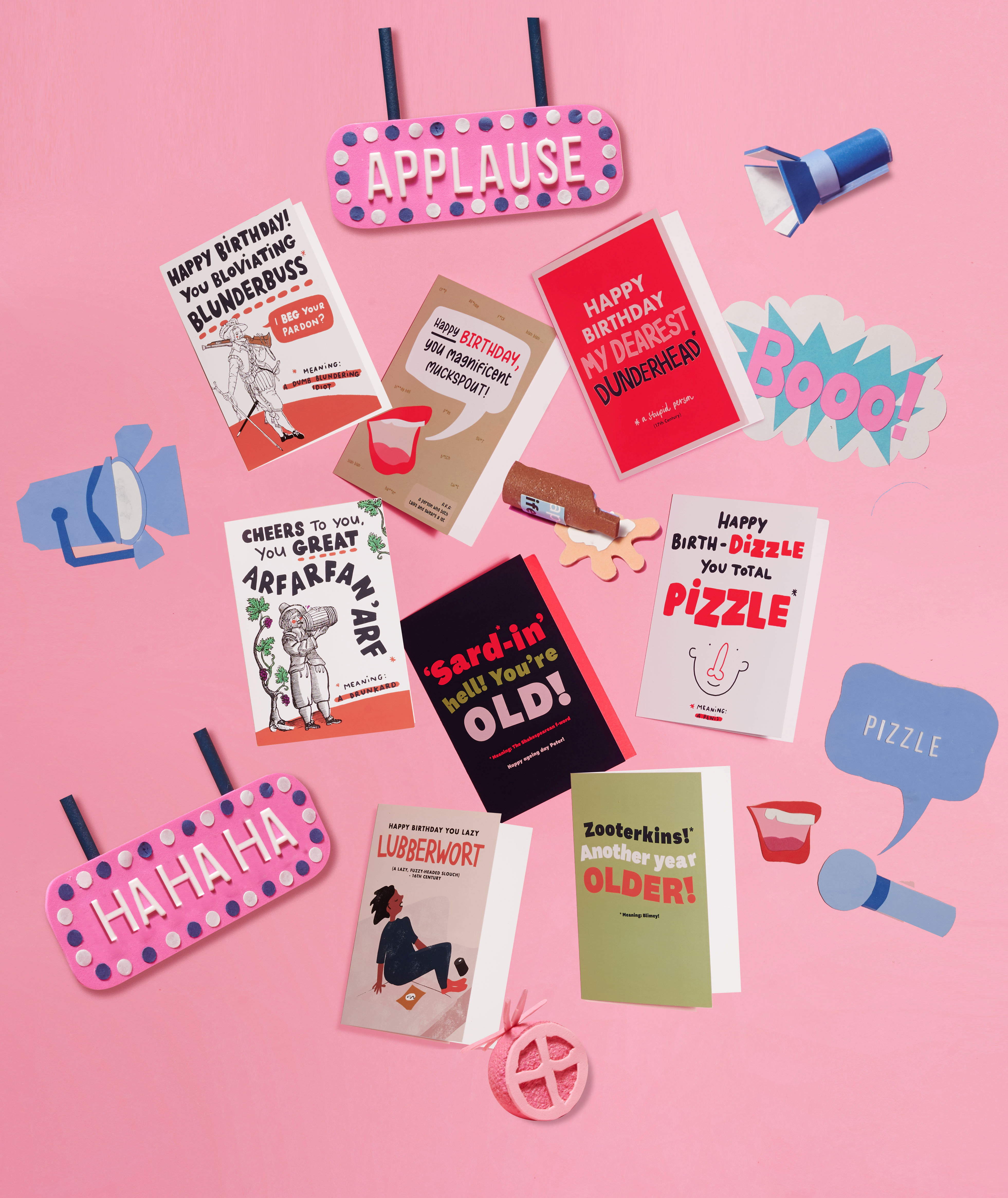 Moonpig has transformed Susie’s newfound jibes into a new line of birthday cards to celebrate September, which is the most common birth month in England and Wales – nine months after Christmas.

In an animated episode, Susie explains the words’ origins and how we can use them to rib our loved ones on their special day.

Here are some of the new (old) swear words.

If you really want to give your message the full whack, why not opt for the Shakespearean version of the F word?

'Sard', from the 15th century, is defined in the dictionary as 'to know carnally'.

But no need to be so coy in your special day greetings – Happy Birthday sard-face is surely worth a try.

This is a 16th-century word for an imaginary plant said to inspire extreme laziness, as well as for the slubberdegullion (that's an idler to you and me) it produces.

'Happy Birthday you lazy lubberwort' has a rather nice ring to it. 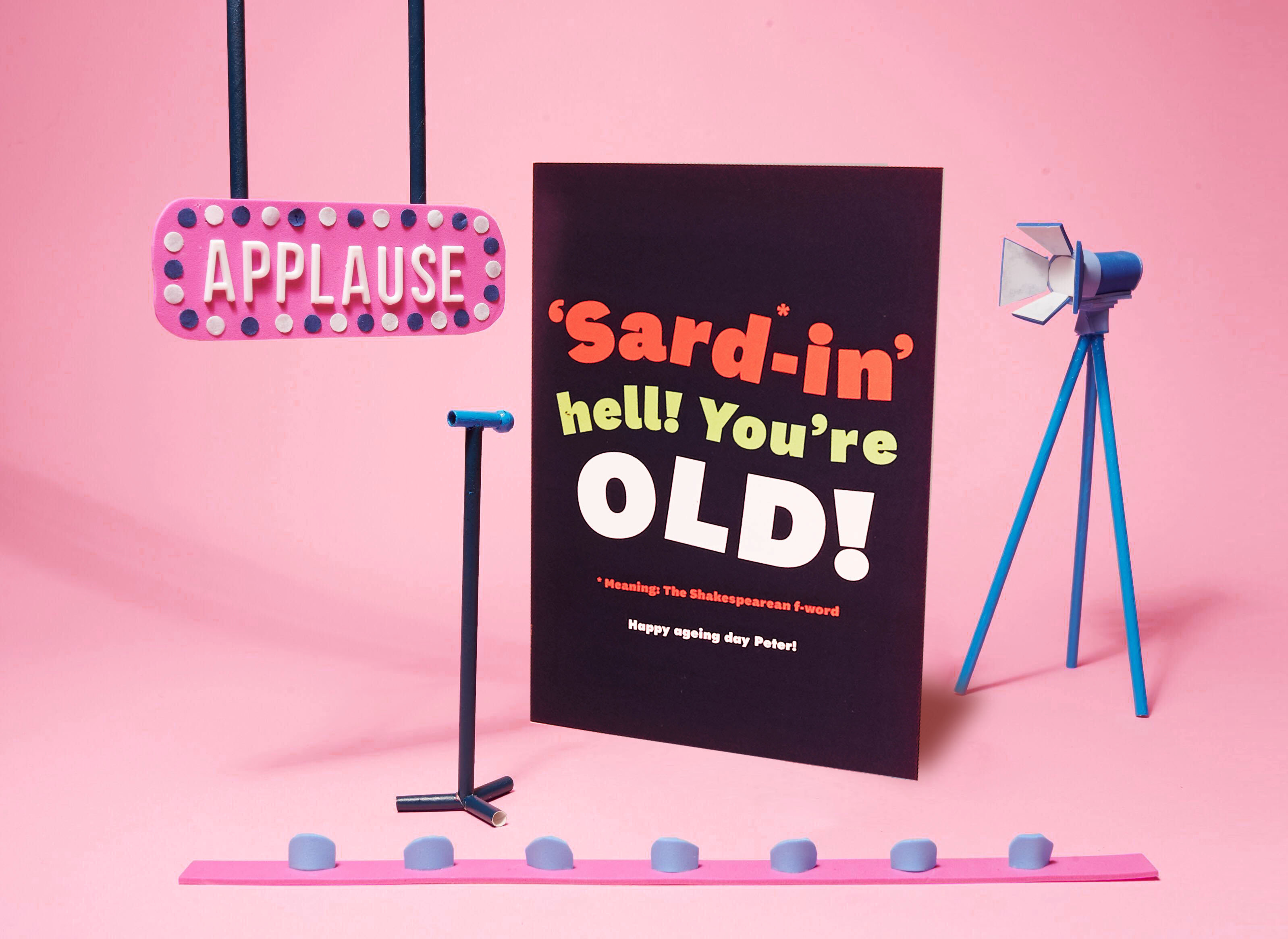 This comes from Victorian slang, where it described a drunkard who sank one 'arf' – or half pint – after another.

Incidentally, the same tippler would also have been known as a tosspot – because they tossed back their pot of beer and immediately started on another.

So how about 'Cheers to you, you great arf'arf'an'arf'.

This is one of those old-fashioned insults that makes everyone smile.

Its origins may be elusive, but its meaning is clear: a bit of an idiot or blockhead who never quite gets it right.

And all dunderheads need a good friend, which is why 'Happy Birthday my dearest dunderhead' might be the nicest greeting of all.

This is a 17th-century word meaning a gun with a large bore but which slipped into metaphorical use to mean a blustering, noisy talker.

From the Dutch for 'thunder gun', it can be used for anyone who loves nothing more than to hold forth on any subject for hours on end.

'Happy Birthday you bloviating blunderbuss' should do the trick.

Susie Dent, lexicographer and etymologist said: “Flowery, affectionate birthday greetings are all well and good, but we all know that if you really want to show your loved ones how much you care, there’s nothing better than lobbing a carefully-chosen insult their way. 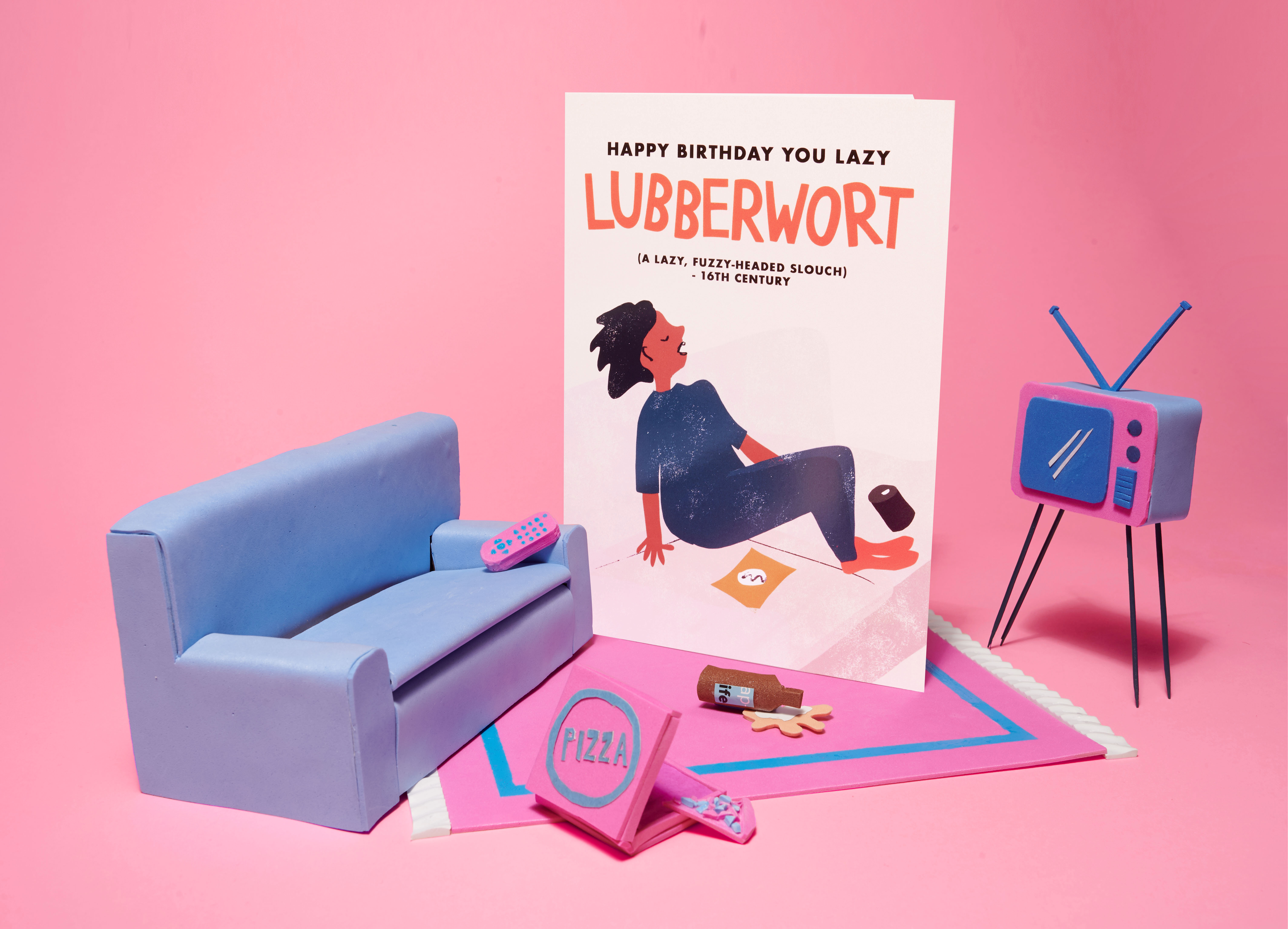 “The trouble is, our usual pieces of invective might be feeling a little tired by now.

"After all, our top swears have been with us for five centuries or more.

"This is where a historical dictionary can help. Within its pages are literally hundreds of taunts – from lickspigot to smellfungus, mumpsimus to ultracrepidarian – that will show the special person in your life just how much you think of them.

“And if you need a few pointers, Moonpig has created a new line of birthday cards that will enable you to have a playful dig at your nearest and dearest, with some of the choicest mudballs from the past to sling their way.

"Because, as decades of birthday card choices have proved, we clearly love nothing more than a joyful jibe.”

Sarah-Jane Porter, head of cards at Moonpig said: “One of the fastest-growing categories this year has been our humour range, so we wanted to give people inspiration to have a playful dig at their loved ones and raise some smiles as the nation celebrates the most common birthday of the year; September 26th.”

“Susie – the queen of words – was the obvious choice to inspire our exclusive Olde Worlde Birthday Cards range, as, during these difficult months we could all do with a giggle.”

The exclusive range of cards is available to buy here: https://www.moonpig.com/uk/personalised-cards/olde-worlde/