A SUPERCAR driver had a stinker after smashing his flash pink £150k McLaren.

The McLaren 570 was left a mangled wreck after the crash in a posh central London street. 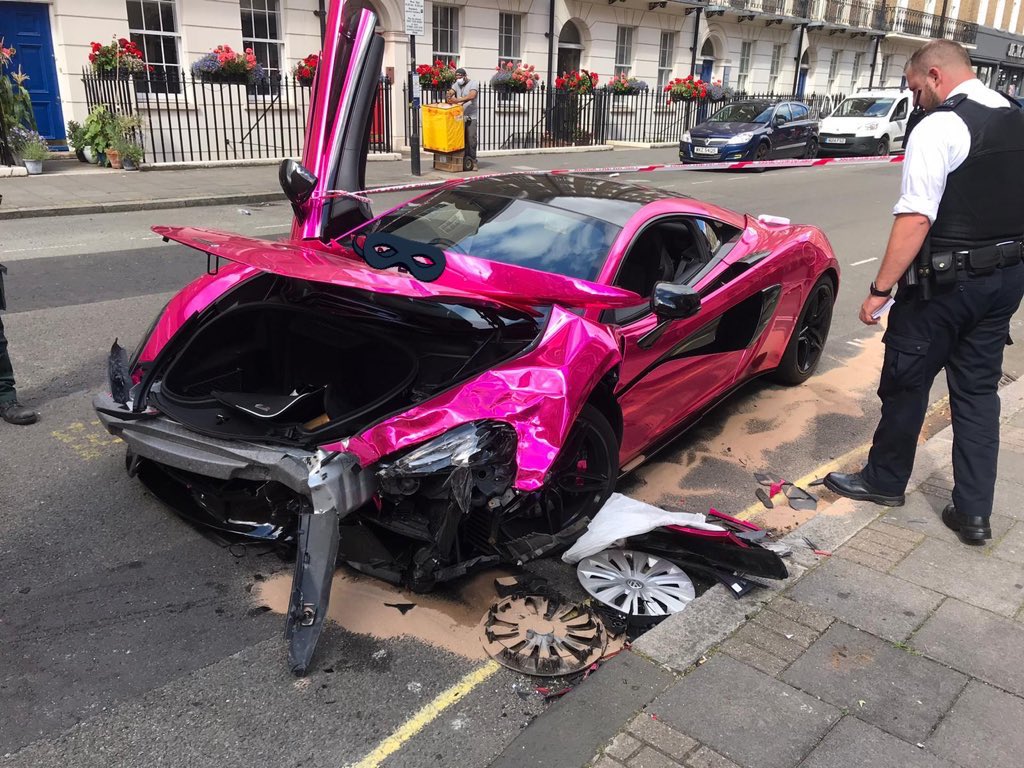 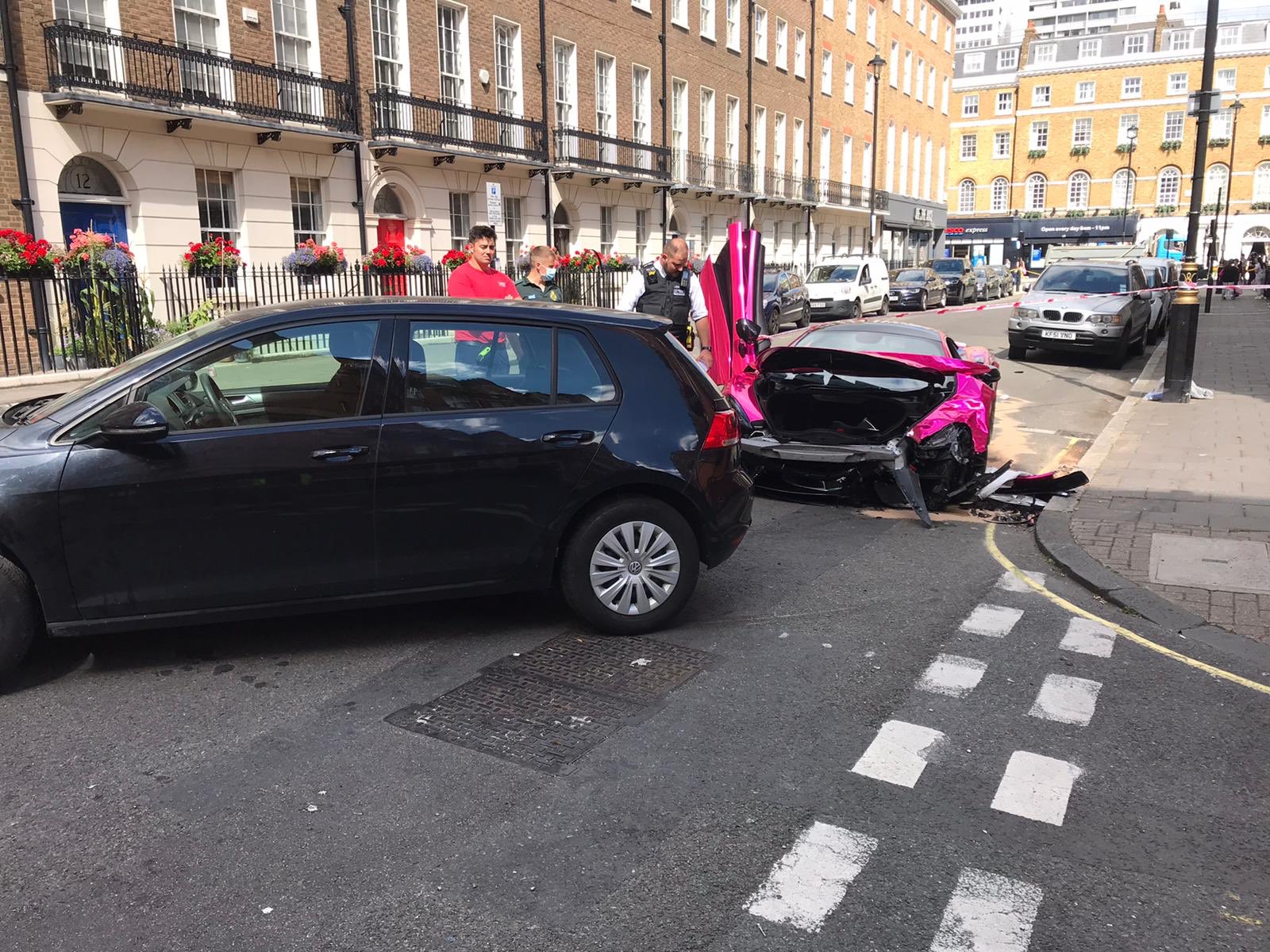 The supercar has an incredible top speed of 203mph, and does 0-60mph in less than three seconds.

It's understood the crash happened in a 20mph limit in Montagu Mansions in the swanky area of Marylebone in central London.

“But not that many where one of those vehicles is a McLaren 570 supercar.

“Crews from Euston attended this RTC on Montagu Mansions, Marylebone last week to make the scene safe after a driver lost control.”

Social media users were left shocked after seeing pictures of the crash.

Kay Ballard said: “How you lose control in London I will never know.”

Andy McKay added: “Amazing how you lose control at 20mph.

“Allowing those cars but not the private ownership of e-scooters on the road is also an odd one.”

Another – called Ryan – added: “Am I a bad person for having a guilty pleasure is seeing cars worth more than my house being totalled.” 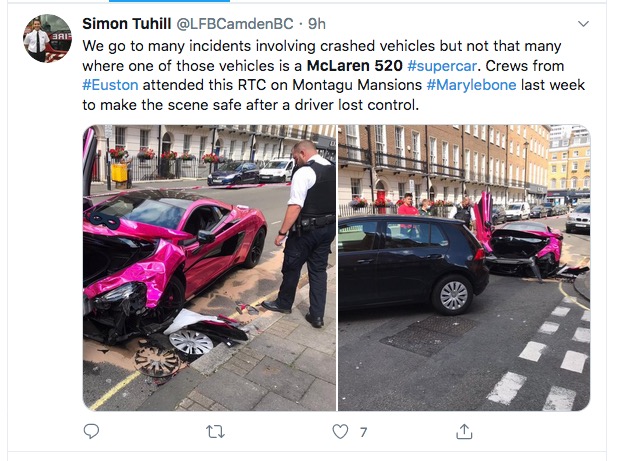