A Mongolian sumo star has quit after assaulting a younger wrestler during a regional tour in the latest blow to Japan’s national sport.

Takanoiwa hit a lower-ranked wrestler at a hotel in Fukuoka on Tuesday, the Japan Sumo Association said.

Last year, the 28-year-old was himself a victim of assault that led to the resignation of compatriot and grand champion Harumafuji. 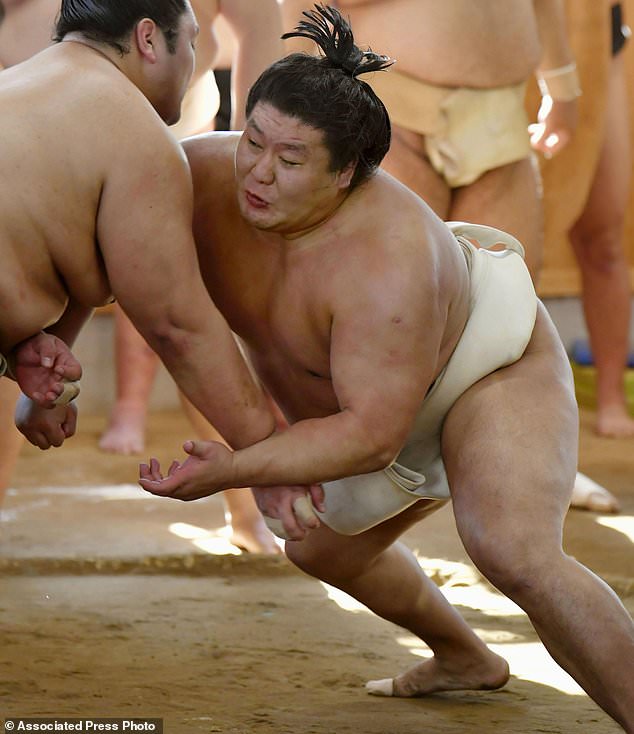 In the latest hotel incident, the wrestler did not sustain a major injury but has swelling on his face after being hit four or five times with an open hand and fist, the JSA said.

Takanoiwa, whose real name is Adiyagiin Baasandorj, was hit with a karaoke machine remote control device in a bar by fellow Mongolian Harumafuji on October 26 last year.

At the time, it was reported that Harumafuji was angered that Takanoiwa was checking his smart phone after being chastised for a bad attitude, a Japan Sumo Association’s crisis management committee report found.

He then slapped and hit the younger wrestler with the remote control device.

The incident led to the grand champion’s retirement the following month. 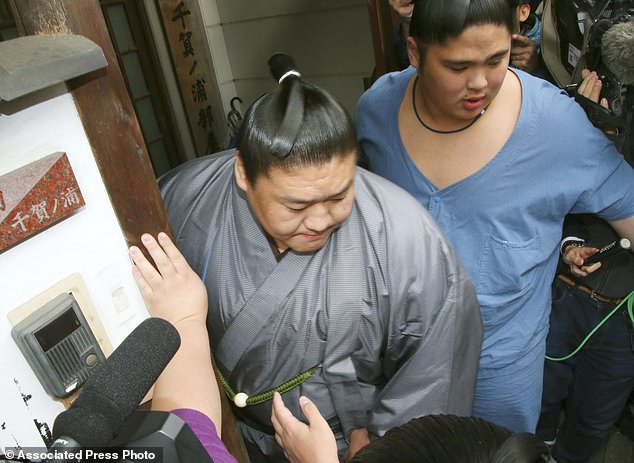 Last year, the 28-year-old (centre) was himself a victim of assault that led to the resignation of compatriot and grand champion Harumafuji 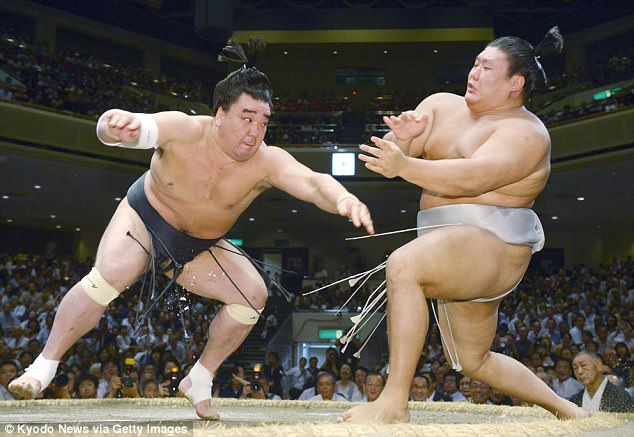 Former grand champion Harumafuji lashed out at fellow Mongolian Takanoiwa while drinking with other wrestlers during a night out in Tottori, Japan in October. Harumafuji (left) and Takanoiwa (right) are pictured in the ring in 2016

Sumo has been rocked by a series of scandals in recent years as it attempts to maintain its popularity.

The recent incidents have thrown a spotlight on the sport’s struggle to reform harsh conditions that can breed violence in its closed, hierarchical world.

But some wrestlers say there have been improvements in the decade since a trainee was beaten to death.

Earlier this year, sumo became involved in a sexism row after women who rushed to the aid of a local mayor who had collapsed during a speech at a regional event were repeatedly told to leave a ring.

Sumo dirt rings, known as ‘dohyo’, are viewed as sacred in the Japanese Shinto faith and women – considered to be ritually unclean – are not allowed to enter for fear of desecrating the hallowed soil.