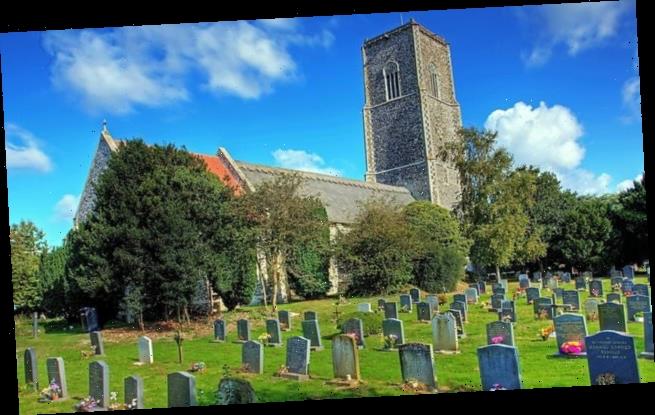 A vicar has won a court battle against parishioners after tensions ‘boiled over’ when he removed unauthorised toys and trinkets from graves, a church judge has said.

The rector and churchwardens of St Edmund’s Church in Kessingland, Suffolk, decided to remove what they say are unauthorised items from the churchyard last year.

Items were removed and placed in crates, to be disposed of if not collected, during lockdown last May.

Parishioners said previous rectors had allowed mementoes to be left, but church judge David Etherington QC said that their removal was in line with churchyard regulations.

He said current regulations which apply at the Church of England churchyard state: ‘For the avoidance of doubt the following items are not permitted… Mementoes and objects such as statues, toys, wind chimes, windmills, photographs and candles.

‘Such items must be removed by the incumbent or churchwardens who may, at their discretion, allow such articles to remain on new graves for a period of up to 13 months.’ 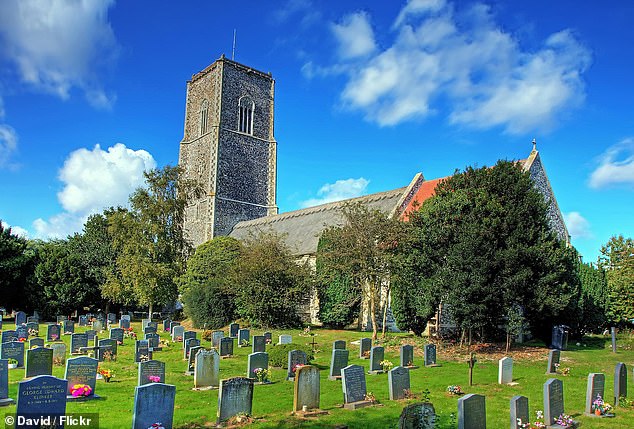 Pictured: St Edmund’s Church in Kessingland, Suffolk, where a row broke out over the vicar removing mementoes left of graves during the first coronavirus lockdown in May

He said that the rector, Rev Mandy Bishop, never sought to dispose of items without first seeking to notify a member of the family or leaving a note on the grave if that was not possible.

She had not yet disposed of anything, he said.

Writing in a consistory court judgement, Mr Etherington said: ‘I can see how this all boiled up, and indeed boiled over, and I have some sympathy for both sides.’

One parishioner said the churchyard regulations ‘smack of snobbism’ and another said the decision to remove items amid a ‘disruptive and difficult’ pandemic was ‘hard to understand’.

More than 40 people lodged objections with the Church of England.

Mr Etherington wrote that there was a ‘strong sense’ that parishioners were ‘insufficiently consulted about what was going to happen, which clearly was a major departure from previous practice and at a time of lockdown’.

He said the actions of the rector and churchwardens were ‘lawful and indeed required of them by the Churchyard Regulations’.

He encouraged both sides to end their feud but sided with the rector and said churchyard regulations should be followed.

Mr Etherington granted an extra 12 months for items to be collected, after which they can be disposed of.

He said he could understand why a rector ‘might wish to turn a blind eye’ to mementoes being left in the graveyard in breach of regulations, but that ‘in the end it is not a kindness’.

‘Sooner or later, it is likely that the regulations will be applied properly and the disappointment and upset to those affected is likely to be all the greater, as is the case here,’ he said.

A spokesman for the Church of England said: ‘Churchyard regulations are set in each diocese to ensure that the character of churchyards is upheld to the benefit of all, recognising that discussions surrounding memorials can be very emotional.

‘Regulations detail the materials which can be used for monuments, as well as outlining what additional decoration and ornamentation is permitted.

‘It is important to check the local guidelines on the diocesan website before installing or making changes to monuments to avoid unnecessary expense and upheaval.

‘Regulations are there to assist those planning memorials, and also volunteers and clergy who care for churchyards, recognising the need to balance individual wishes with the wider needs of all who visit churchyards.’