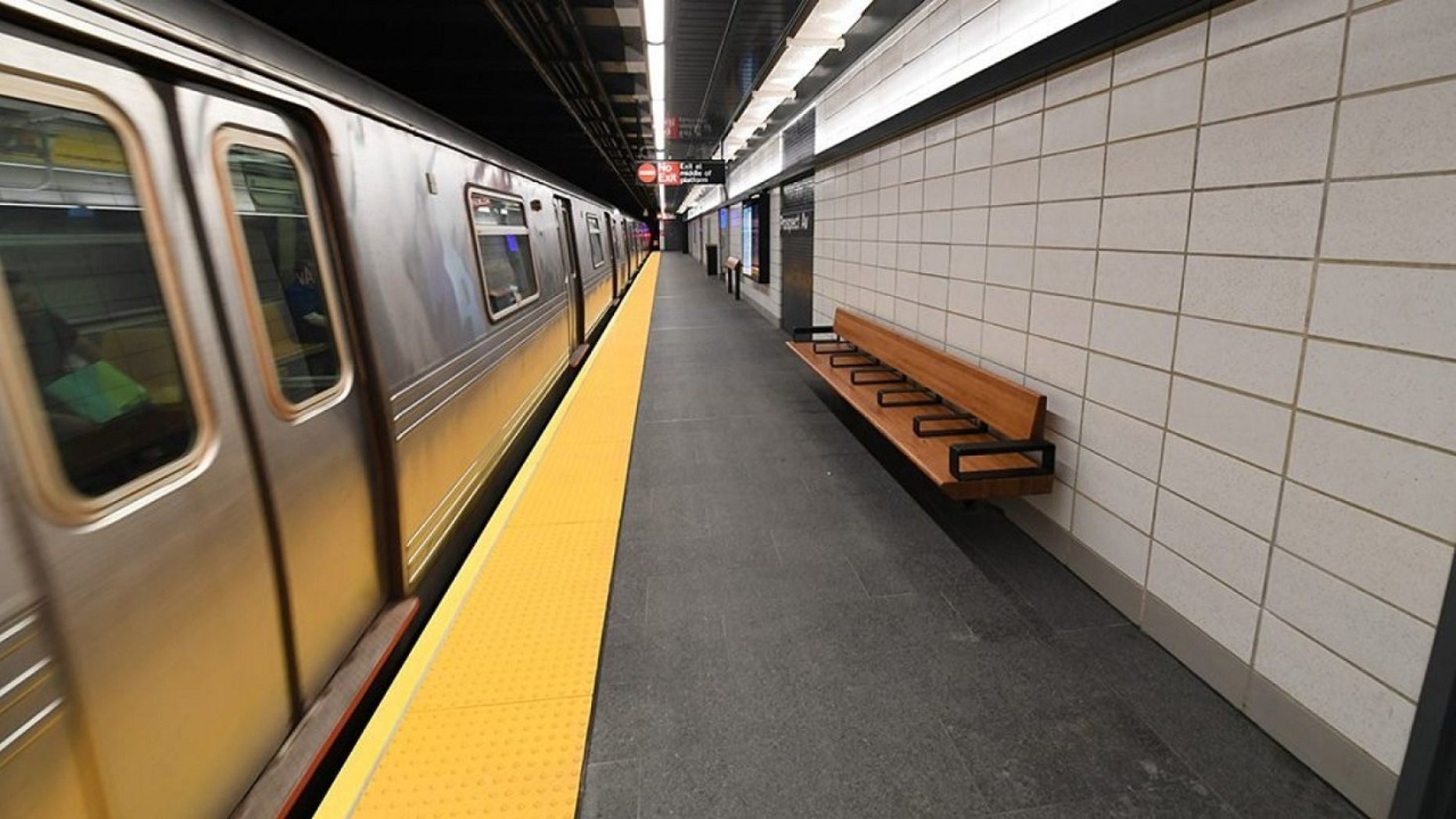 A subway rider allegedly kicked a passenger on a Brooklyn, N.Y., subway train and hurled a racial slur at the woman.
(MTA)

A woman arrested this week on suspicion of a racially motivated attack on a fellow New York City subway rider has a history of assaulting fellow passengers, reports said.

"As I was passing her she stuck her arm out and like, side-punched me with her keys in her knuckles," the victim told Gothamist. "I stumbled, caught myself, kept walking and turned around because she was screaming at me to leave her alone. She called me a 'psycho (expletive),' and I still had my headphones on so I couldn’t completely catch what she said because I was so taken off guard."

A rider aboard the train made a citizen's arrest and detained Lushchinskaya.

“F—k off! F—k off! F–k off!” Lushchinskaya allegedly shouted to a silent woman who is standing next to her and appears to be preoccupied with her phone, one of the clips posted by Twitter user @PlatanoMan shows.

Passengers tried to intervene during the altercation. Some were heard asking her to “stop” and “chill out."

"Everybody was just looking at each other like, 'Are you sure you just heard that? Did you just hear that?,'" passenger Juan Ayala told New York's WABC-TV.

The alleged victim suffered lacerations to her face and yelled to Lushchinskaya “You’re a disgrace to all white people.”

"Coming home, I couldn't breathe," said the victim. "Every time I have to get a train, I'm really careful where I'm watching."

She was charged in June with pepper-spraying a man, also at the 36th Street station.

"As the D train arrives in the station [Lushchinskaya] walks by the victim and discharged the substance in the victims' faces, causing burning and irritation." Lushchinskaya was charged with two counts of misdemeanor assault,” a New York Police Department spokesperson told Gothamist.