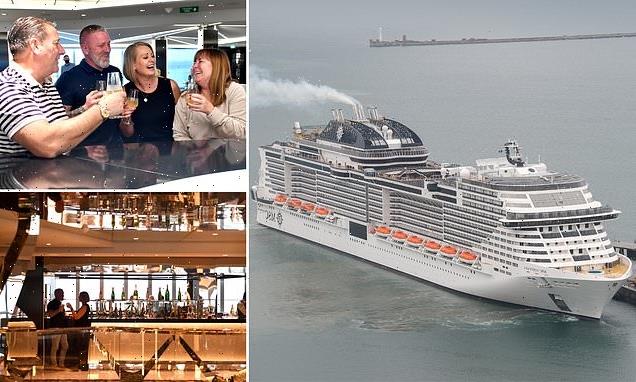 Hundreds of British passengers on a cruise ship sailing around the country have been told they will not be allowed to disembark when they arrive in Scotland due to Nicola Sturgeon’s coronavirus measures.

The MSC Virtuosa left Liverpool on Tuesday and was due to dock at Greenock on Wednesday at about 9.30am, departing at 8pm the same day.

The domestic seven-night cruise is then due to drop anchor at Belfast, Southampton and the Isle of Portland before returning to Greenock and with a final stop at Liverpool the following day.

But the Scottish Passenger Agents’ Association (SPAA), the professional body for travel agents and the sector in Scotland, has seen a copy of an email sent to current passengers by the cruise operator.

It says: ‘Due to the latest Scottish Government Covid 19 restrictions and regulations… we are sorry to inform you that the port call of Greenock has been cancelled.

‘No guests are allowed to embark or disembark… This decision has been made by the Scottish Government and is out of our control.’ 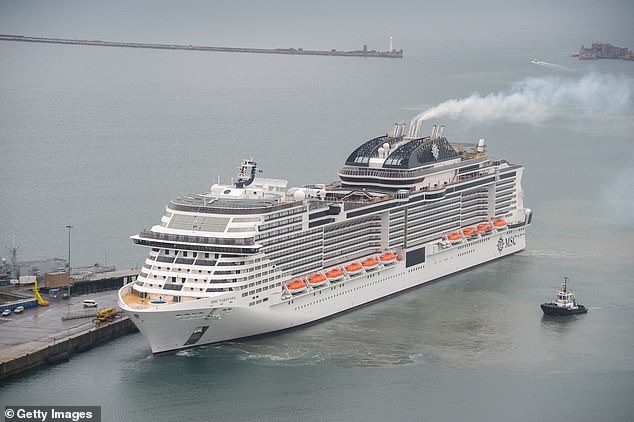 The MSC Virtuosa left Liverpool on Tuesday and was due to dock at Greenock on Wednesday at about 9.30am, departing at 8pm the same day (pictured: MSC Virtuosa, May 22) 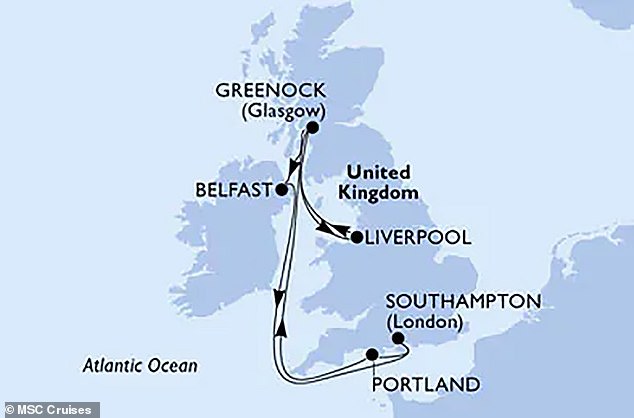 The domestic seven-night cruise is then due to drop anchor at Belfast, Southampton and the Isle of Portland before returning to Greenock and with a final stop at Liverpool the following day

Scottish passengers were due to join the cruise in Greenock and the SPAA anticipated a third of those currently on board were expected to go ashore for excursions on Wednesday.

Michele Lister, who works for Glasgow-based Glen Travel, is one of those who boarded the ship in Liverpool, and has expressed her disappointment at not being allowed in to Greenock.

She said: ‘We were expecting to go into Greenock tomorrow morning for the full day… and we’re not allowed to go into my own country which is really disappointing.

‘The captain made an announcement over the Tannoy and said that due to the latest government announcement we were not going to be allowed to disembark in Greenock and we were going to remain in Liverpool one other night.

‘There’s about half a dozen people that I’m aware of on board that are Scottish and they want to show off to the English customers what Scotland’s all about and they want to spend the money in the area as well, which is badly needed.

‘The majority of Scotland is in Level 2 just now, I don’t see why we’re not allowed to go in our country – it’s safer on here than it is to walk about the street in Glasgow, we had to do two PCR tests to get on board the ship. 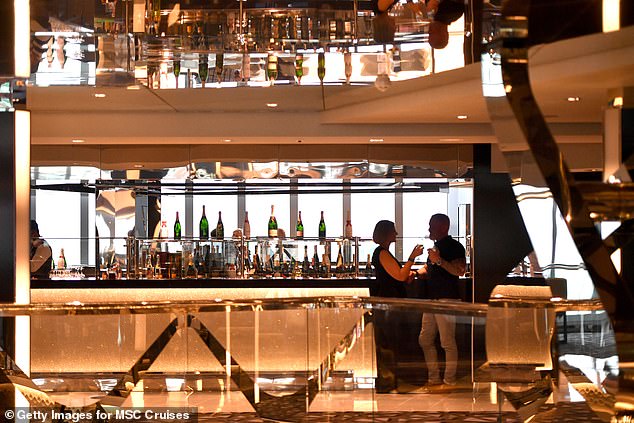 Pictured: Guests relax in the champagne bar during the first sailing of the MSC Virtuosa

‘A cruise is my favourite holiday, it’s safer for me to be on here and make sure I’m travelling with people that are Covid-free because you could be walking down the street and it can be transmitted by people walking past you.’

Joanne Dooey, SPAA president, said: ‘We’re now facing the situation where Scottish passengers who joined the cruise in Liverpool are barred from setting foot in their own country.

‘The SPAA has been asking for clarity on the situation for this particular cruise ship since last week, and all we have received so far is an indication that cruises may only restart when all of Scotland is in Level 1.

‘Inverclyde itself is currently in Level 1.

‘The Scottish Government has effectively closed the country’s borders to anything other than road travel.

‘The irony is that any of these passengers can get in a car and drive from Southampton to Inverclyde with no testing, border control or vaccinations.

‘We, as travel agents, are utterly devastated. The Scottish Government is not even paying lip service now to working with the travel sector to save Scottish travel.’ 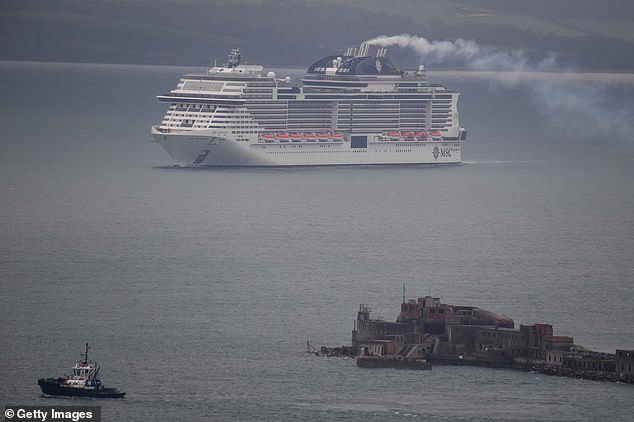 MSC Virtuosa arrives at the port on May 22, 2021 in Portland, England

A Scottish Government spokesman said: ‘We fully understand the impact of the current restrictions on domestic cruises.

‘We explained our concerns about the transmission risks posed by cruise vessels in an update to industry on May 24 and confirmed that we would clarify the position in June.

‘Following extensive engagement with stakeholders, we have now confirmed that domestic cruises can restart when all of Scotland reaches Level 1 and we have made industry, including the operator, aware of this.

‘This decision has been informed by the combination of risks that exists between both cruises and the wider travel context, including the current trajectory of Covid infections and the unknowns around the new Delta variant, in addition to the potential for high risk of uncontained rapid transmission on the cruise.

‘Affected passengers should contact the operator for further information regarding their trip.’