STRASBOURG, France (Reuters) – Strasbourg reopened its traditional Christmas market under heavy security on Friday, the morning after French police shot dead a gunman suspected of killing four people in the heart of the historic city.

Cherif Chekatt, 29, was killed in the Neudorf neighborhood of Strasbourg after firing on police, ending a two-day manhunt that involved more than 700 members of the security forces.

The fourth victim, an Italian national, was named on Friday.

“It’s reopening just in time,” said stall-holder Bernard Kuntz, preparing his scarves and stoles imported from India, where President Emmanuel Macron was expected to arrive in the evening after a trip to Brussels.

“We were getting worried. Some of the guys have taken out loans to be here, and we’ve already lost two days.”

On Friday, 29-year old Italian journalist Antonio Megalizzi died as a result of the wounds he sustained in what Strasbourg Mayor Roland Ries said was indisputably an act of terrorism.

Italy’s Foreign Ministry said Megalizzi was in Strasbourg to follow the plenary session of the European Parliament for the Europhonica radio network. 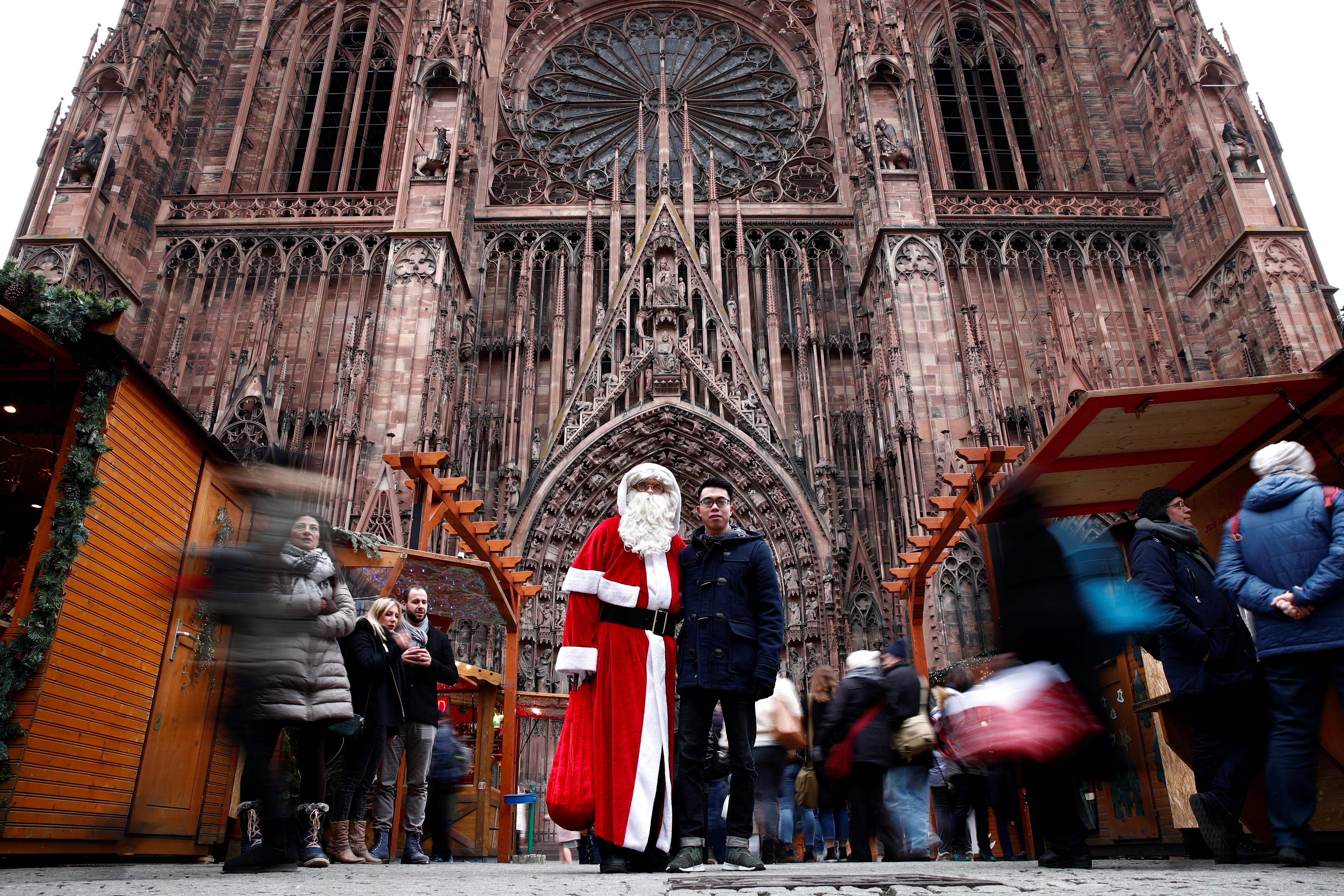 Ries expressed relief that Chekatt had been killed and said everyone in Strasbourg, on eastern France’s Rhine river border with Germany, felt the same.

French troops, who have been used to bolster national security since a wave of Islamic State-inspired attacks began in France in 2015, stood guard at the open-air market.

“I think it will help to get back to a life that I would describe as normal,” Ries told reporters. “With the death of this terrorist … citizens, like me, are relieved.”

Islamic State (IS) claimed Chekatt as one of its soldiers. It provided no evidence for the claim, which Interior Minister Christophe Castaner called “opportunistic”.

“Nothing indicates that (Chekatt) was part of a network. There is nothing to suggest that he was being protected by such, but the investigation is not yet over,” Castaner told Europe 1.

He said Chekatt’s Islamic beliefs were radicalized during time in prison. Police were still interrogating seven associates on Friday, including his parents, to determine whether he had accomplices.

France ramped up its security threat to its highest level after Chekatt struck late on Tuesday. Prime Minister Edouard Philippe promised an extra 1,800 troops would be put on patrols with a special focus on Christmas markets.

The outdoor market in Strasbourg, centered on a towering Christmas Tree in Place Kleber, draws more than 2 million visitors each year. Christmas markets have been a feature of the Alsatian city since the early 15th century.

The Strasbourg shooting was the latest in a succession of attacks linked to Islamist militancy in France going back to 2012. Since January 2015, more than 240 people have been killed in attacks on French soil, most of them in 2015-16.

On Friday morning, Castaner visited a Jewish cemetery in nearby Herrlisheim where 37 tombstones and a monument to Holocaust victims had been defaced with swastikas and other anti-Semitic graffiti.