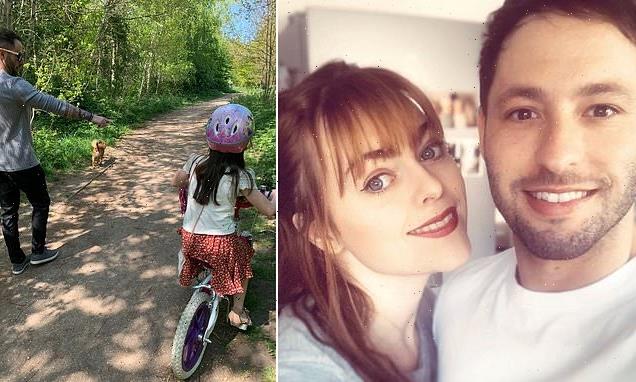 Stepmother, 26, with fertility issues is denied IVF treatment from the NHS because her partner already has a child – but she blames ‘postcode lottery’

A stepmother diagnosed with fertility issues has been denied IVF treatment from the NHS – because her partner already has a child.

Sarah Barker, 26, has been trying for a baby with her partner Chris Curtiss, 31, for four years but was told by doctors when she was just 17 she had polycystic ovary syndrome (PCOS), and that she would struggle to have her own children.

The condition is caused by a hormonal imbalance in the body which affects one in three women in the UK.

Sarah said having her own baby was the ‘missing puzzle piece’ from her life and had hoped she could try IVF after a number of drugs to help ovulation failed to work.

But she was dealt a devastating blow when she was told she wasn’t eligible for the treatment if either partner had a child from a previous relationship.

Following an FOI request made to her local clinical commissioning group (CCG) in Lincolnshire, it was revealed that this was due to budget constraints.

Sarah blasted the ‘postcode lottery’ as other CCGs have different rules.

She said if she was from Manchester where she would have been able to receive the ‘life-changing’ NHS fertility treatment. 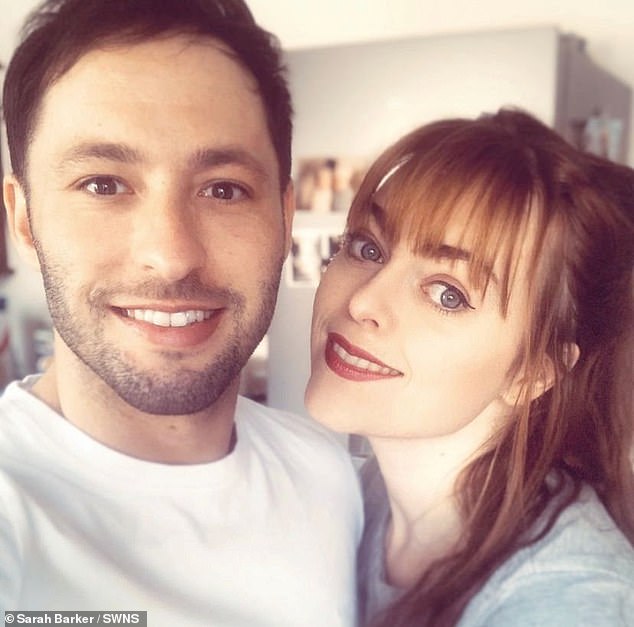 Sarah Barker, 26, has been trying for a baby with her partner Chris Curtiss, 31, for four years but has been unsuccessful due to fertility issues

Polycystic Ovary Syndrome, the condition that affects one in three women in the UK

Polycystic ovary syndrome (PCOS) is a common condition that affects how a woman’s ovaries work.

The three main features of PCOS are:

Sarah said: ‘I should be eligible for IVF. I should be allowed to be a mother.

‘It’s a postcode lottery which decides if you can have a child. It’s not right.

‘Going through this whole process has been devastating, and it was horrible to learn I couldn’t even have IVF.

‘It’s been so hard, and there’s so much pressure.

‘It’s meant to be a happy process but it’s tainted by how we have to go about it.’

Sarah is a stepmother to an eight-year-old girl, who they wished not to name, from her partner’s previous relationship who lives with the couple for half of the week.

She said that it would be ‘unfair’ to her if they chose to move away from their home in Lincoln.

She added: ‘She lives with us for half of the time, and half the time wit her mum so it wouldn’t be fair on her for us to move away and try to have our own family.’

Sarah said she has a ‘wonderful relationship’ with her step daughter, but felt she and other families ‘deserve a chance’ to try for their own.

She said she had dreamed of being a mother herself since she was a child, and that thousands of other women were deprived of this joy due to outdated rules.

Sarah, who works in communications, said: ‘When I was 17 all they said I’d have difficulty having children, but it was heart-breaking to hear.

‘To know in the future, it could be a struggle, it’s every girl’s dream to be a mum.

‘I remember playing with dolls and I knew it’s something I wanted, to be a mum and have a family. 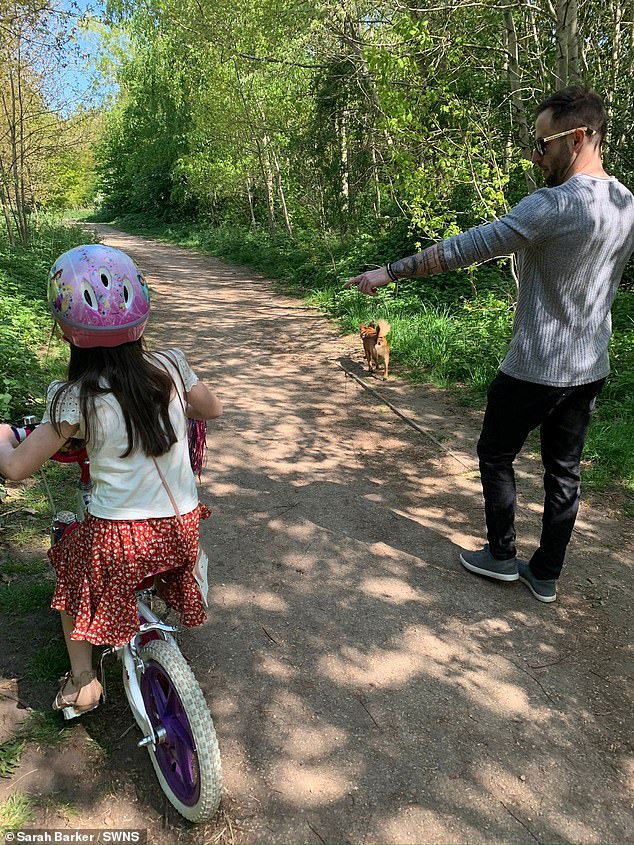 Sarah is a stepmother to an eight-year-old girl, who they wished not to name, from her partner’s previous relationship who lives with the couple for half of the week

‘They need to rethink these outdated rules, and think about modern day blended families and how it affects the family dynamics.

‘It’s not just about us, it’s about so many families who are affected by his.

‘They are stopping thousands of women from being a mum. They’re stopping women from these dreams. We deserve the chance, to at least have the closure.’

Sarah said her mental health has been affected by the process, as well as her relationship with her partner of six years Chris.

She said seeing friends on Facebook announcing their pregnancy or gender reveal leaves her heartbroken every time as she wonders ‘why not me?’.

She added: ‘It’s been a rollercoaster, you have good and bad days.

‘Some days you find someone on Facebook have announced their pregnancy or gender reveal and it’s devastating.’

Sarah has been campaigning for a change in the rules alongside The Stepmum Collective, a support group for step mums.

She said couples shouldn’t have to choose between ‘going in debt or having a family’.

She said: ‘I just want to make a difference. It might be too late for me, but if families in the future don’t go through what I’ve gone through that would be amazing.

‘It’s not about the money, it’s about the principle of it. Everyone should have the chance.

‘Some families need to choose between being in debt or having a family. And it’s not right.’

Guidelines from the National Institute for Health and Care Excellence (NICE) recommend that IVF should be offered to women under the age of 43 who have failed to get pregnant after two years of trying, or who have had 12 cycles of artificial insemination.

But the final decision is made by the local CCGs who can impose their own, stricter criteria.

Responding to the FOI request, Lincolnshire CCG said: ‘The costs of adopting the NICE policy in full cannot be justified at this time.

‘It would have involved moving investments from other areas of service such as mental health and health prevention into IVF services.’