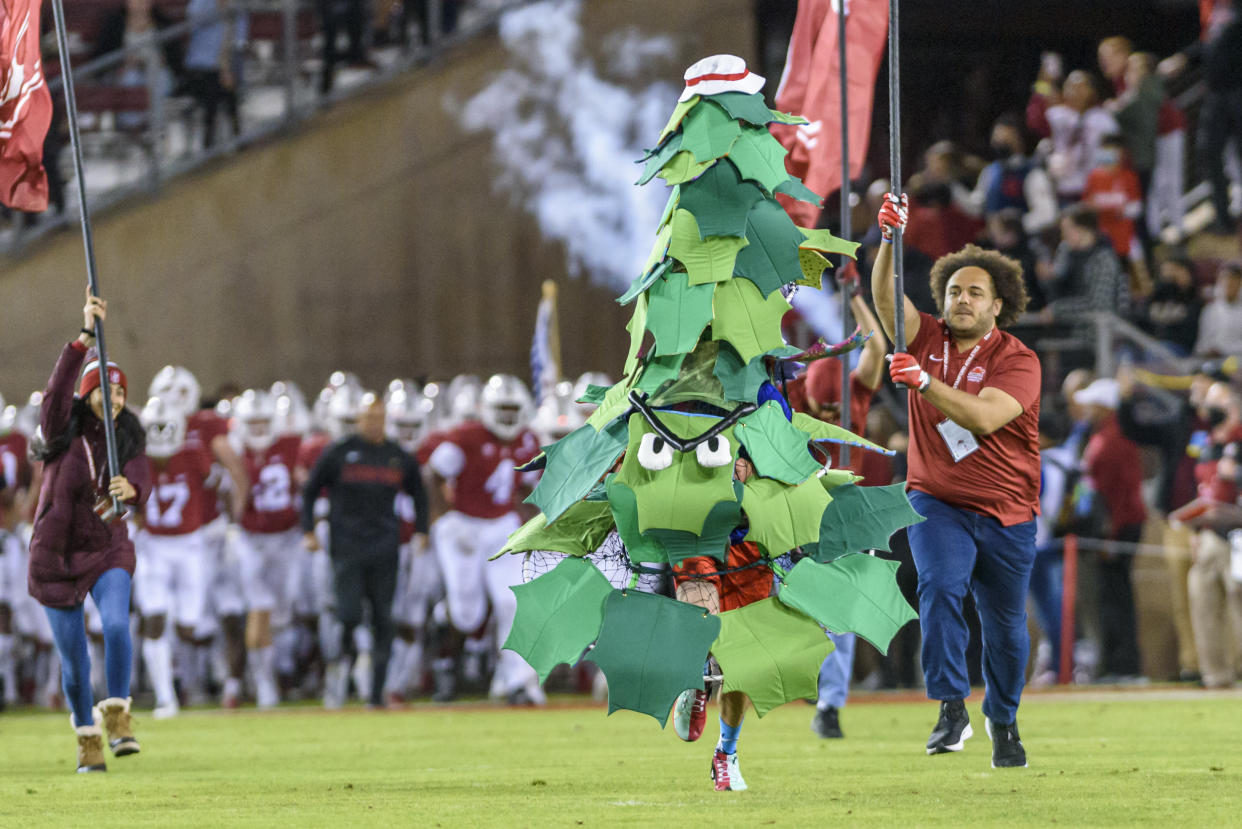 The Stanford Tree has been suspended indefinitely.

The student who works as the Cardinal mascot, the Stanford Tree, has been suspended from their post after they pulled out a “Stanford Hates Fun” banner during a game earlier this month.

Heyo, previous Tree (#43) here. Some of y’all have been asking, so I’ll clarify that @lsjumb leadership reached this decision as per established Band policy. But don’t worry, I’ll be coming out of retirement until #44 returns in the winter 😤☮️
-🌲43.

It’s unclear how long the suspension will last, though a previous Stanford Tree will step in — so Stanford will still have a mascot at events moving forward.

The Stanford Tree whipped out the banner during halftime the Cardinal’s 15-14 win against Arizona State on Oct. 22. According to the Stanford Daily, the message is part of a long running protest students are holding due to what they see as the university restricting social events and parties.

#ASU up 14-6 at the half. Looks like the @lsjumb and @DaStanfordTree are making some sort of statement at halftime here with their “Stanford Hates Fun” banner. At least that appears to be what they’re doing. #Stanford#Pac12FBpic.twitter.com/zImkrsfmzA

This isn’t the first time a Stanford Tree has been suspended, either. According to ESPN, in 2006, two mascots were suspended during the basketball season, one for dancing in an undesignated area at the NCAA tournament and the other for drinking before a game. Another mascot was suspended in 2016 after hazing allegations, among other things.

Stanford, currently 3-5 and in last place in the Pac 12, will host Washington State on Saturday.

While it's easy to see why the university opted to suspend the mascot, the decision seems like it's reinforcing the initial message more than anything else.