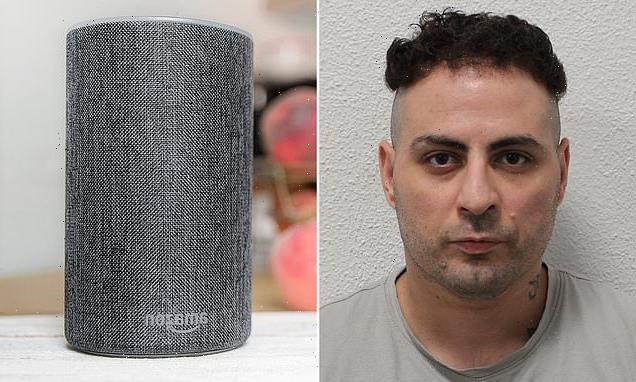 Stalker, 35, used Amazon Alexa device to ‘listen in’ on his ex-girlfriend then threatened to throw acid in her face and crashed her Jaguar on the M20

A stalker used an Amazon Alexa to listen in on his ex-partner before threatening to stab her friend and throw acid in her face, a court heard.

Hassan Mehmet, 35, waged a campaign of harassment against Shelby Laidlaw, who he had been in a relationship with for 13 years before they split in April.

He went on to show her a knife, threatening to stab her male friend, before convincing the terrified woman to lend him her Jaguar, which he then deliberately drove off the M20, the court was told.

Mehmet, who is from Southwark, southeast London, admitted to stalking, dangerous driving, driving without insurance and driving without a licence at the Old Bailey today.

He was previously arrested and released on police bail multiple times for alleged offences against Ms Laidlaw before he was remanded in custody on 22 July.

Mehmet, of Don Phelan Close, appeared at the Old Bailey after admitting stalking and driving offences. 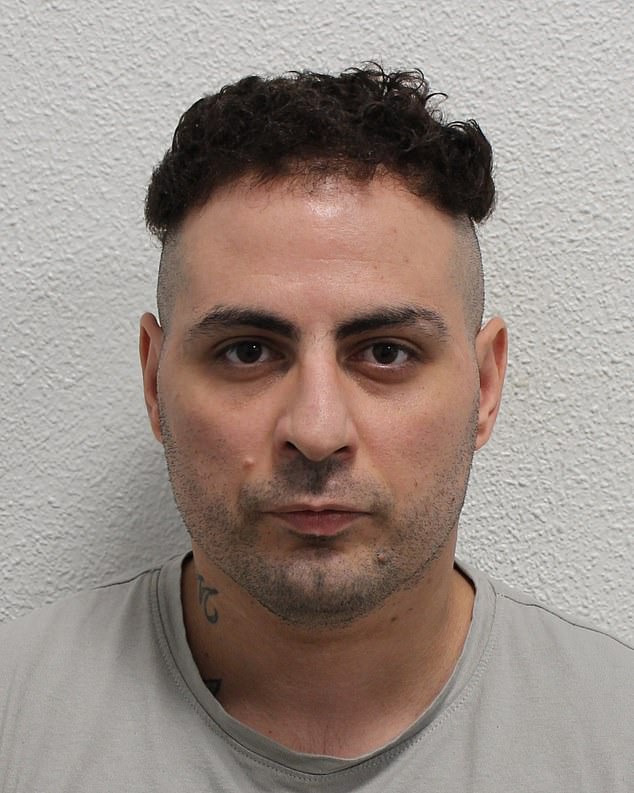 Hassan Mehmet, 35, waged a campaign of harassment against Shelby Laidlaw, who he had been in a relationship with for 13 years before they split in April

‘It didn’t, luckily, go any further than what he did.

‘We could easily be dealing here with a case of murder.

‘He is wandering around, he is accessing somebody’s Alexa… threatening somebody.

Mehmet was arrested on 13 April for coercive and controlling behaviour and domestic common assault after it was alleged that he bit Ms Laidlaw on her head.

He was released on police bail and embarked on his campaign of harassment.

James Lachkovic, prosecuting, said: ‘On 19 April she became aware he was using the Alexa…to listen in on her at her home address.

‘The following day she saw him near the address.

‘It became apparent that he was watching her leaving the address because he sent messages indicating that he had seen her drive off from the premises.

‘He continued to send messages despite being asked to stop.

‘On 21 April she allowed him to accompany her on a hospital visit with her.

‘In the car afterwards he threatened to use a knife on a male friend of hers and showed her a knife.

‘She was so scared that she allowed him to borrow her car.

‘On 22 April he came to her address and threatened to throw acid in her face before driving off in her car.

‘On that same day he sent 118 messages and he sent further messages in the days following.’ 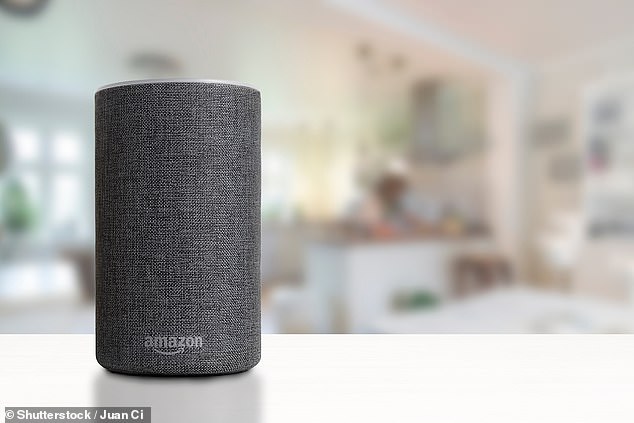 A stalker used an Alexa to listen in on his ex-partner before threatening to stab her friend and throw acid in her face, a court heard

‘He appears to have had a puncture in one tyre but continued to drive at speed and then deliberately drove off the motorway, crashing the car,’ the prosecutor said.

He told police he was trying to hurt himself because of the breakdown of his relationship, the court heard.

Mehmet was taken to hospital and visited Ms Laidlaw at her address after he was discharged.

Between 26 and 27 April he sent her 266 messages, from different numbers, from the hospital.

Mr Lachkovic said Mehmet was arrested again on 5 May and released once more on the 15th.

After his release, the stalker threatened to stab Ms Laidlaw and pay someone to beat up her boyfriend.

‘He wrote threatening messages on Facebook and sent threatening emails saying he would rip her teeth out of her face,’ the prosecutor went on.

‘He continued to make threats to her in July and messages were sent where he threatened to plunge a knife into Shelby Laidlaw’s throat and stab her male friend.’

Mehmet was eventually arrested and remanded into custody on 22 July.

In an impact statement read out in court, Ms Laidlaw said: ‘I was worried Hassan was going to carry out the threats.

‘Hassan has been abusive in our relationship.

‘The whole situation has left me feeling really drained and I’m scared of ever seeing him again as I feel he has no regard for authority.’

‘His mental health was at an absolute low.’

Judge Katz said he will fix a sentencing date tomorrow.