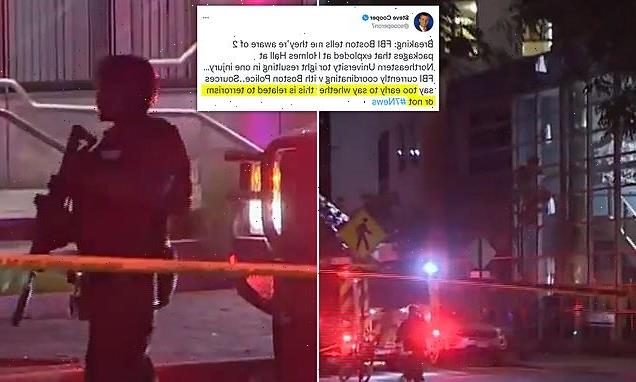 Authorities say terrorism is a possibility after package explosion at Northeastern University in Boston: College staffer went to open box and was hit with blast – landing them in the hospital

Northeastern University said a package which exploded at about a quarter past seven on Tuesday night had been delivered to campus and detonated when opened by a staff member.

The package was delivered around 7pm Tuesday night to the Leon Street building detonating shortly after.

The staff member was taken to the hospital after opening the package Tuesday evening.

Boston Emergency Medical Services tweeted say It is believed he sustained minor injuries that are not life-threatening.

Boston police are also responding to a report of another suspicious package on Huntington Avenue, in the area of the Museum of Fine Arts.

Terrorism cannot be ruled out by authorities after a package exploded at Boston’s Northeastern University, leaving at least one person injured and taken to hospital 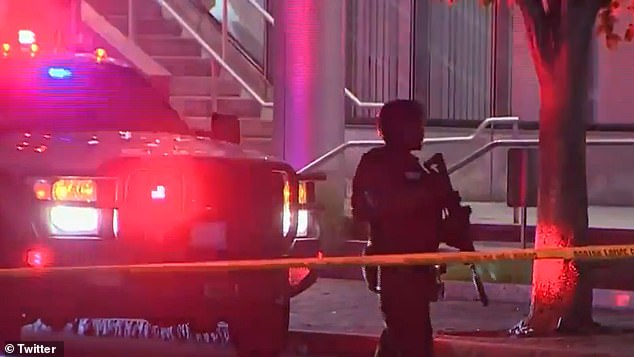 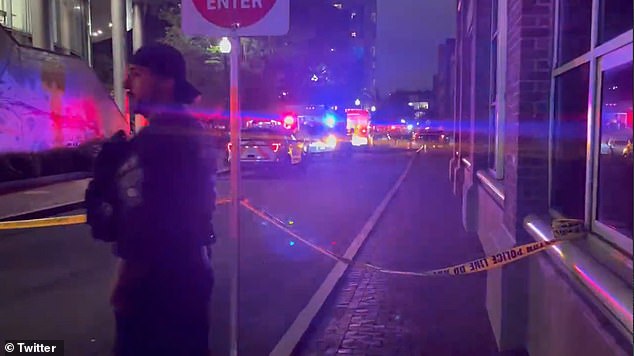 The Boston Bomb Squad, Boston Police, Boston fire and Boston EMS responded to the incident after the packages detonated

The Massachusetts Institute of Technology tweeted for people to report any suspicious activity on their campus.

It tweeted: ‘MIT Alert: Explosion at Northeastern U. MIT Police are urging all MIT community to be cautious. Please report any suspicious packages.

Harvard University also showed concern on social media tweeting: ‘Harvard Alert: HUPD is aware of reports of a detonation of a suspicious package at Northeastern.

‘We are working with law enforcement and increasing patrols on Harvard campuses.

‘Out of abundance of caution we urge community members to report anything suspicious to 617-495-1212.’

The Boston Bomb Squad, Boston Police, Boston fire and Boston EMS responded to the incident after the package reportedly detonated at about a quarter past seven on Tuesday night. 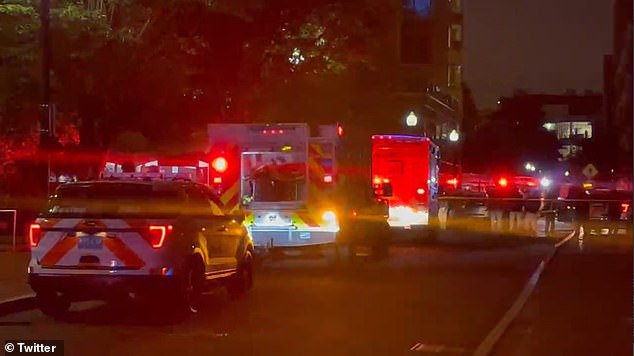 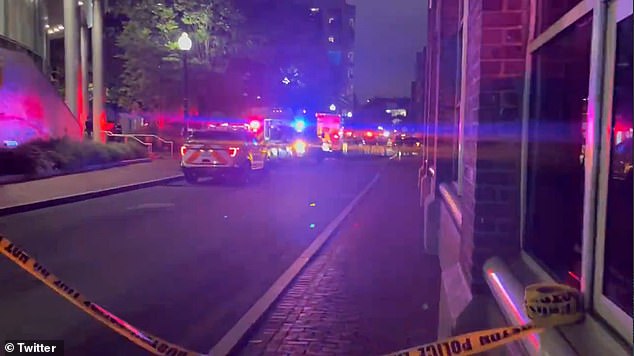 Holmes Hall was evacuated after the incident while authorities investigate 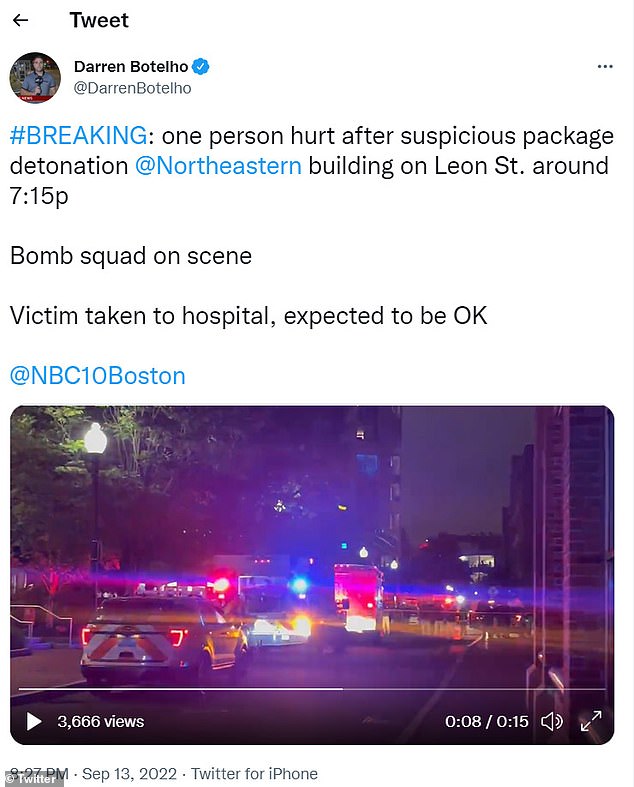 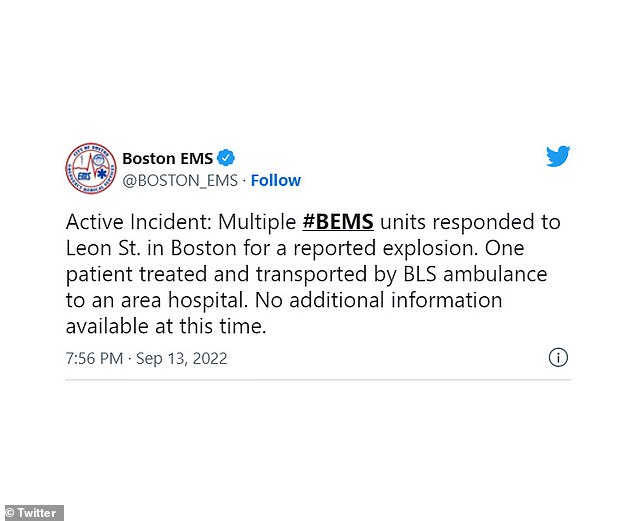 Boston Emergency Medical Services tweeted reports of an explosion and said at least one person had been taken to hospital. It is believed his injuries are not life-threatening 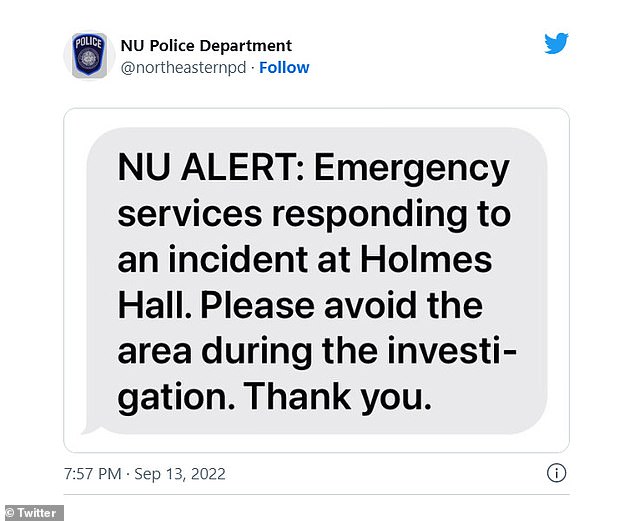 A 7News reporter speaking to authorities on the ground said the Federal Bureau of Investigation (FBI) are currently coordinating with Boston Police and Terrorism had not been ruled out.

‘FBI currently coordinating with Boston Police… Sources say too early to say whether this is related to terrorism or not,’ read the tweet.

Boston Police told NBC Boston that the explosion took place on campus at Holmes Hall on Leon Street and the building has been evacuated.

Jacob Isaacs who was in class in Holmes Hall when it was evacuated told NBC Boston there was some confusion when the incident took place.

‘We were in class and then we saw two policemen walk through the building and then as soon as we look out the window, we see a fire truck with the lights on blazing,’ said Issacs.

‘Our teacher is like “I gotta see what’s going on,” and he sees that the fire truck is going and there’s a police car outside and as that happened, instantly the fire alarm starts going off.

Isaacs added that they did not hear anything that sounded like an explosion before they saw first responders arrive.

Investigations into the incident continues with Northeastern University Police Department asking people to ‘avoid the area.’