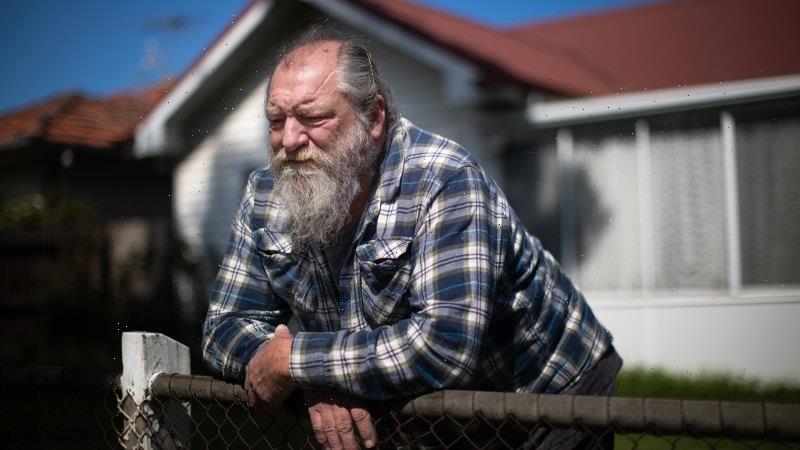 As Victoria braced to enter its sixth lockdown, Rick Savickas lay in a Footscray Hospital bed on suicide watch, police outside his door, feeling as though he had nothing left to live for.

The 57-year-old had worked his whole life, never taking a handout from the government, until the pandemic struck last year and he lost his casual job at an engineering workshop. 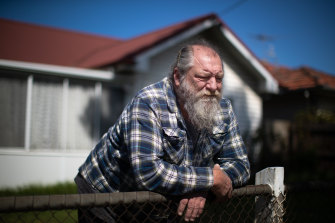 Rick Savickas was earning more than $1000 a week before the pandemic struck Victoria.Credit:Jason South

Mr Savickas drew from his superannuation to help fund a furniture-making business, but was unable to sell his work during lockdown. He gained and lost two more jobs, with his employers blaming the pandemic for each layoff.

Mr Savickas previously earned more than $1000 a week. He could survive on JobSeeker when the payment increased to about $1100 a fortnight last year, but when it reduced again to about $720 a fortnight, including rent assistance, he could not keep up with the rent for his Brooklyn home, which was about the same amount.

“I was in a bad place and I wanted to end it all. I was sick of going through it all again and again.” 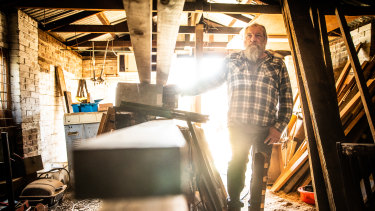 Rick Savickas attempted to start a furniture-making business out of his garage, but Victoria’s lockdowns thwarted his attempt.Credit:Jason South

Mr Savickas was due to be evicted the following day, when a concerned friend dropping off food suggested he ring Lifeline. When he told them he planned to end his life, the police arrived and took him to hospital where he was put in contact with homeless support service Unison Housing.

Mr Savickas is one of a growing number of Victorians coming into contact with homelessness services, citing financial stress as the main reason for seeking support.

In June 16,621 people gave this reason, the highest number since the Australian Institute of Health and Welfare began collecting data in 2017. It’s an increase of 4.4 per cent compared to the same time last year.

“People like Rick are doing their best to find work in extremely difficult circumstances,” she said. “They should have the support they need to rebuild their lives. [JobSeeker] really just isn’t sustainable. It’s inhumane.”

Median rent for a one-bedroom flat in Hobsons Bay, where Mr Savickas resides in Melbourne’s south-west, is $295 per week, more than 75 per cent of a single person’s JobSeeker payment.

The council is calling for the federal government to increase JobSeeker and other related payments to at least $65 a day. It also wants rent assistance doubled.

Brendan Coates, household finances program director at the Grattan Institute, said a $65-a-day increase would cost Australia about $9 billion a year, while a doubling of rent assistance would set us back $3 billion. Together, $12 billion is 2.5 per cent of the country’s $500 billion total revenue. 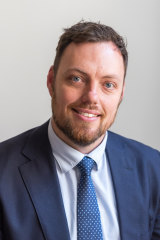 “It comes down to the issue of how much priority you put on … the benefits of having a fair distribution of income [and] putting people who are unemployed in a better position to be searching for work,” he said.

Professor Borland said the increase wouldn’t disincentivise people from accepting work. Increases to the payment last year did not lead to more unemployment.

The council also wants the government to invest in social housing.

Ms Smith said there was a dearth of low-cost housing across the country and the federal government had missed an opportunity to invest in it as stimulus.

She welcomed the Victorian Government’s historic investment in social housing, but said it would only bring the state up to the national average and that its 10-year social and affordable housing strategy “needed teeth” to keep up the momentum.

A Department of Social Services spokesman said the federal government had provided $32 billion in emergency support payments and that 44,569 income-support recipients had received COVID-19 disaster payments after losing work due to lockdowns.

He said the $50-a-fortnight boost to JobSeeker this year was the largest permanent increase since 1986.

The spokesman said the federal government was expected to provide the Victorian government $419.8 million under the National Housing and Homelessness Agreement. The agreement is a yearly commitment that has been in place since 2018.

He said the existing rental assistance program would cost $5.3 billion this year.

He is still only left with $60 a week after paying his rent and has been unable to find a more affordable rental property.

“I hate to think of how many people are out there that have gone through the same thing … and are going down a worse path.”

Suicide did not increase in Victoria in the first 47 weeks of the pandemic, but one in 10 of the 634 deaths was linked to COVID-19 stress.