A family were left shocked after they watched a spider trap a wasp in its web and rip its head off – all while the insect was still alive.

Sylvia Werrett, from Birmingham, said her eldest son Ethan was playing with his two brothers when he shouted that he had found a wasp caught in a spider’s web.

The 42-year-old mother gathered with her three sons to watch the gruesome spectacle, which saw a small spider kill and tear the head off a large wasp.

In video footage taken of the unreal scene, the live wasp clings on to the thin web as the spider tries to kill the helpless insect. 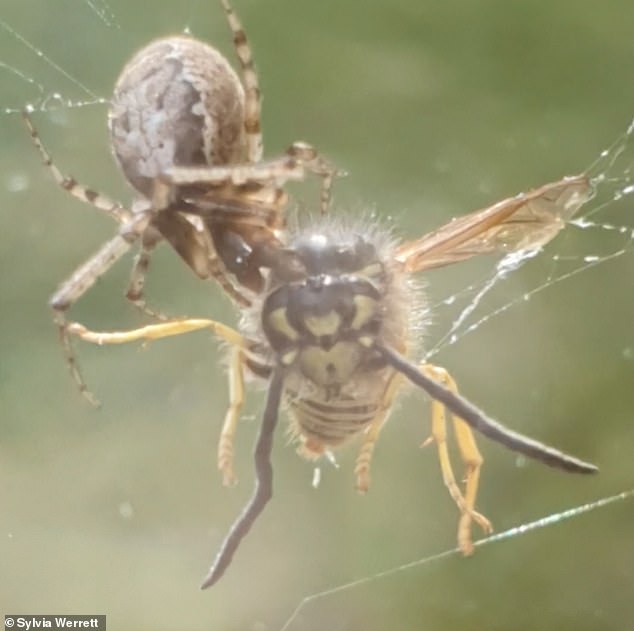 Sylvia Werrett, from Birmingham, was left stunned after seeing a small spider rip the head off a wasp while the insect was still alive, video footage shows 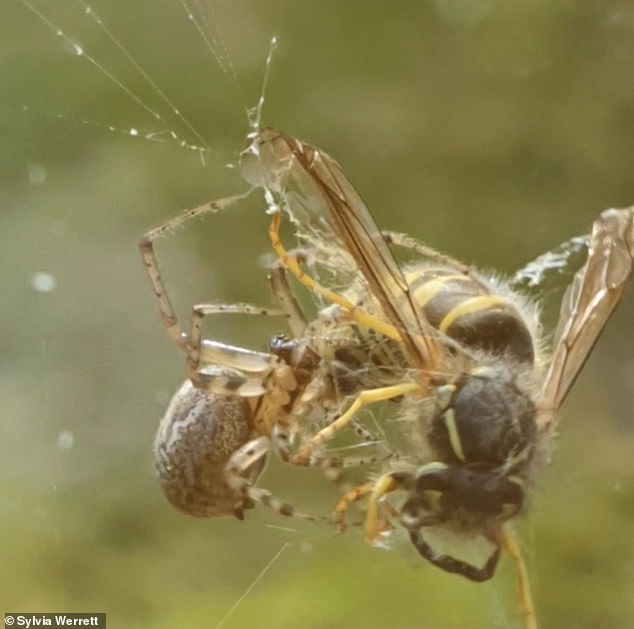 The wasp’s legs twitch as it fights against the spider, which is ‘literally trying to tear its head off’, according to one of Ms Werrett’s sons.

Another of her sons is heard saying ‘that’s really cool’ as they film the rarely-seen moment.

The arachnid, which appears to be a lace web spider, balances on its finely constructed web as it uses all its strength to break the insect’s neck.

The wasp, which normally measure around one inch, is eventually defeated as the spider kills the insect in the stomach-churning attack.

Ms Werrett’s sons all exclaim and shout as the wasp drops further down the web, but the spider continues to viciously snack on the dead insect.

One person is heard saying: ‘Oh! There we go I think that was the head.’

At the end of the video, the spider retreats back up the window, leaving its dead prey tangled in its web. 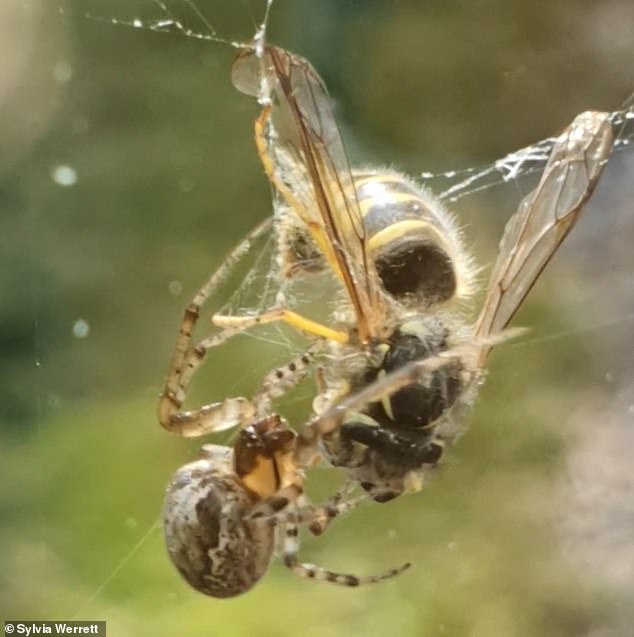 In the brutal video, the wasp’s legs twitches as it attempts to fight against the spider but it eventually loses the battle as the arachnid breaks its neck 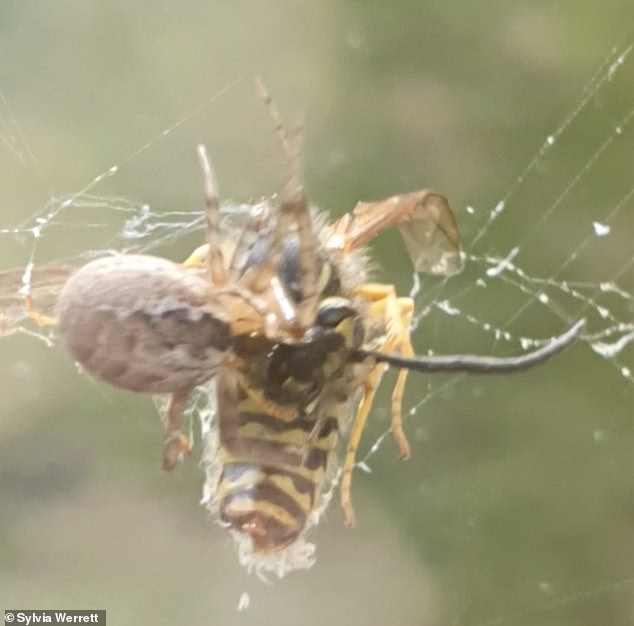 Ms Werrett said the gruesome scene was a brutal ‘learning experience’ for her three sons about nature, adding that they thought the wasp would break free at first

Speaking about the scene, Ms Werrett said: ‘At first we thought it was going to break free because the spider wasn’t very big and the wasp kept struggling, but the spider didn’t give up and eventually got the better of the wasp. It was a bit of a David and Goliath moment and as none of us are really big wasp fans we were all on the spider’s side.

‘Although it was fascinating, it was pretty gross to watch; especially when it’s head was pulled off, but it is all a part of nature and it was an interesting (if brutal) learning experience for the boys.

‘I’m glad I grabbed my phone to take a video. It’s one of those moments that you just have to be lucky to stumble upon and I’m sure wildlife lovers will be interested to share in it.’

Some spiders, including the yellow garden spider, are predators of wasps and often capture the insects in their webs as a tasty snack.

Most spiders that catch their prey using a web are capable of both capturing and eating wasps.

The spider wasp is one of the few types of wasps that will hunt arachnids, with most falling prey to them instead.