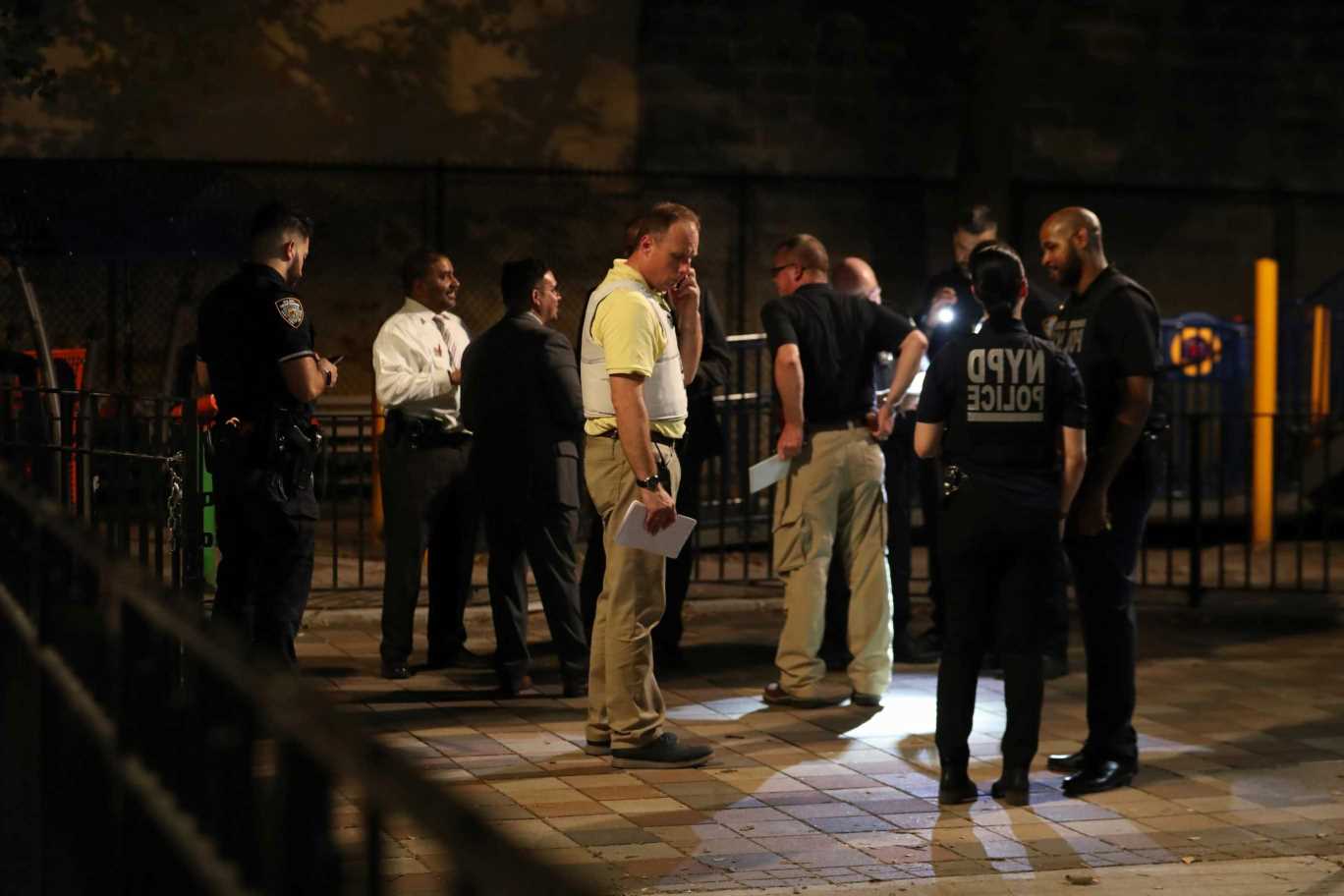 Flying bullets ‘not on my itinerary’: Tourists react to Times Square shooting

A man was killed and at least four others wounded in a spate of shootings Thursday night as bullets continued to fly across the Big Apple, police and sources said.

The fatal shooting took the life of a 32-year-old man outside of Harlem’s Grant Houses at about 7:30 p.m., police said.

The victim, Devin Campbell, was struck multiple times and taken to an area hospital, but could not be saved, authorities said.

Less than two hours later, a 19-year-old man was shot during an organized basketball tournament at an Upper West Side housing project, police and sources said.

The teen was playing at the Amsterdam Houses’ outdoor basketball court when he was struck in the arm by a suspected drive-by shooter, according to police sources.

Investigators do not believe the man was the intended target, sources said.

He was taken by EMS to St. Luke’s Roosevelt Hospital with non-life threatening injuries, according to sources.

At least three other men were also wounded in the Monday night gun violence in the Bronx and Brooklyn.

Just before 7 p.m., a 49-year-old man was shot in the left leg outside Brownsville’s Langston Hughes Houses by a male suspect wearing a wig, sources said.

Two other men were shot in Sunset Park and Norwood, respectively, according to sources.

The gunplay comes as shootings and the number of victims from the violence are already up nearly 50 percent this year compared to 2020.