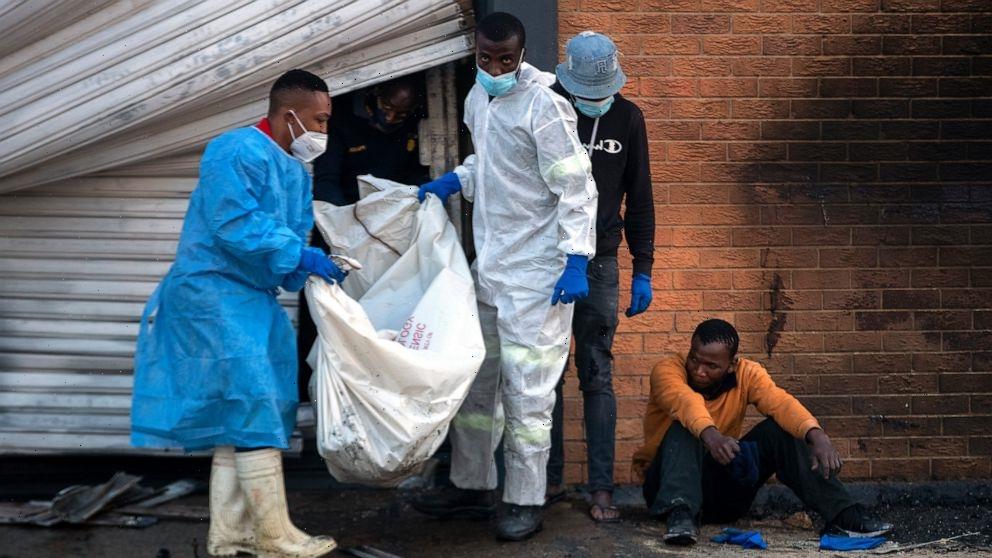 Zuma started serving a 15-month sentence for contempt of court last week. Zuma has been imprisoned for defying a court order to testify before a state-backed inquiry probing allegations of corruption during his term as president from 2009 to 2018.

His bid to be released from the Estcourt Correctional Center was rejected by a regional court on Friday. He is set to make another attempt Monday with the Constitutional Court, the country’s highest court.

The rioting by Zuma’s supporters began in his home region of KwaZulu-Natal province last week and over the weekend spread to Gauteng province, which includes Johannesburg, South Africa’s largest city.

Several hundred people looted and burned stores in the Alexandra and Bramley neighborhoods of Johannesburg, according to a statement by police Maj. Gen. Mathapelo Peters.

The body of a 40-year-old man was recovered from a shop that had been burned and police are investigating the circumstances, he said. In addition, at least three police officers were injured when trying to arrest looters and one was hospitalized, according to the statement.

Police said they are increasing capacity in both provinces and warned Zuma’s supporters against inciting violence on social media, saying they could become liable for criminal charges.