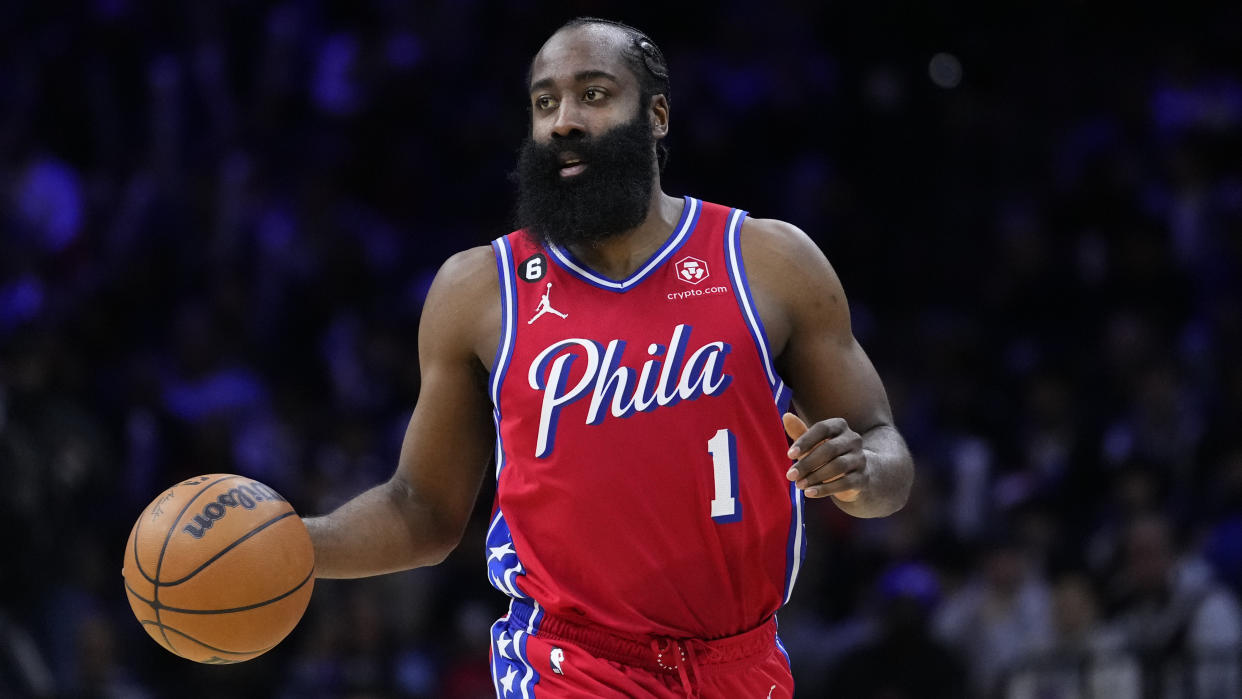 The early chatter about Philadelphia 76ers All-Star guard James Harden considering a return to Houston dates back to before he requested a trade out of Brooklyn, league sources told Yahoo Sports.

When Nets officials first learned of Harden’s waning commitment to their franchise, his purported interest in rejoining the Rockets was on Brooklyn’s radar as much as the looming threat of Philadelphia. ESPN reported on Sunday about Harden’s openness to rejoining the Rockets in free agency this summer, one hour before the Sixers played New York on the network’s Christmas Day broadcast.

The 10-time All-Star was traded to Philadelphia in February in a blockbuster five-player deal that included Ben Simmons heading to Brooklyn.

By all accounts, the city of Houston and his foothold in the Rockets organization are something Harden missed the moment he left the franchise. It’s where he morphed from Sixth Man of the Year to Most Valuable Player and one of the most recognizable athletes in America. The Rockets were his franchise and Houston was his domain.

While Harden was frustrated with Kyrie Irving’s part-time playing status in Brooklyn and a January knee injury to Kevin Durant left him shouldering the Nets’ offensive burden, sources said Harden also longed for the familiarity of Houston, where he rose into a central magnate of the area’s popular culture and entertainment industry. You were someone in Houston if you knew Harden. And after one road visit to San Antonio last season, sources said, Harden took a detour amid the Nets’ road trip to have another evening as a Houston kingmaker.

A move to Philadelphia has partnered Harden with one of the game’s greatest centers in Joel Embiid, and reunited Harden with his former Rockets lead executive in Daryl Morey. Yet Philadelphia is also not Harden’s city. He still routinely finds opportunities to venture out and spend additional time in Houston amid his ongoing Sixers tenure. In December, Harden went out with Lil Baby for the rapper’s birthday following the Sixers’ double-overtime loss at the Rockets.

Harden’s apparent interest in rejoining the Rockets resurfaced among league personnel during his contract negotiations with Philadelphia this offseason. Some league executives wondered if that outcome was a real bogeyman for Harden’s services while he weighed opting into his preexisting 2022-23 contract term with the Sixers. Although team officials consistently categorized their discussions with Harden’s representatives as productive, the league office went so far as docking Philadelphia two second-round picks for just how collaborative their dealings were in allowing the 76ers ample cap space to sign P.J. Tucker and Danuel House. Harden accepted a $15 million pay cut from his original $47 million player option to help juice the Sixers’ roster with enough talent to compete for a championship. To say he has not been invested in this current situation in Philadelphia would be a mischaracterization.

Winning has been the ultimate baseline for this current Sixers group. “There’s nothing to be happy about, about just getting to the conference finals or the Finals. You gotta win the whole thing,” Embiid recently told Yahoo Sports.

A championship is the one thing Harden’s resume lacks as well. People familiar with Harden’s thinking have long listed Dwyane Wade’s three titles as something Harden sees ahead of his standing on the great guard rankings in NBA history. The rebuilding Rockets aren’t exactly a more established situation for Harden to earn a trophy.

Harden’s agreement to remain in Philadelphia is a one-year deal plus another option for the 2023-24 season. It is no secret his partnership with Embiid may not last beyond that. But this season is still, and will always be, rooted in a clear common initiative of contending for a championship. If Harden is truly eyeing a move back to Houston as his version of retiring to Florida once that last accolade is in his trophy case, it would be one tremendous coda to a quixotic career. But if there’s an impression Harden is looking at Houston now like he was looking at Philadelphia this time last season, and fans are bracing for another midseason trade, that prospect seems out of the question until this season has come to a definitive close.