Son of Labour MP Kate Osamor who admitted dealing £2,500 in drugs is allowed to KEEP his pass to the House of Commons 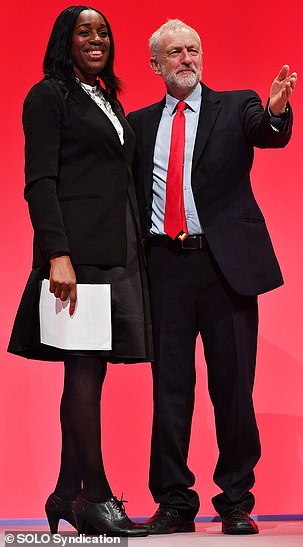 Shadow minister Kate Osamor, who stepped down from her role on Friday, is pictured with Jeremy Corbyn

The son of a Labour MP has kept his House of Commons pass despite a drugs conviction.

Ishmael Osamor, whose mother Kate has quit the Shadow Cabinet over the affair, has been cleared by a whitewash inquiry.

Commons Speaker John Bercow had agreed to investigate whether Ishmael, 29, should have his permission to access the parliamentary estate revoked.

The inquiry was also expected to focus on the wider issues of whether he should be allowed to keep his job, and whether Labour Party members and voters were made aware of his upcoming trial.

Full details of its findings have not been disclosed, but the document is thought to contain little more than a basic reminder of the official processes by which Commons passes are issued. It also made no direct reference to Ishmael or his mother.

Simon Hoare, the Tory MP who requested the investigation last month, said: ‘The response I received in a letter from the Speaker’s office was very bland and deeply unsatisfactory.

‘It didn’t address any of the specific issues I raised about safeguarding. We need to have confidence that the people who are wandering around Parliament are people of good character. 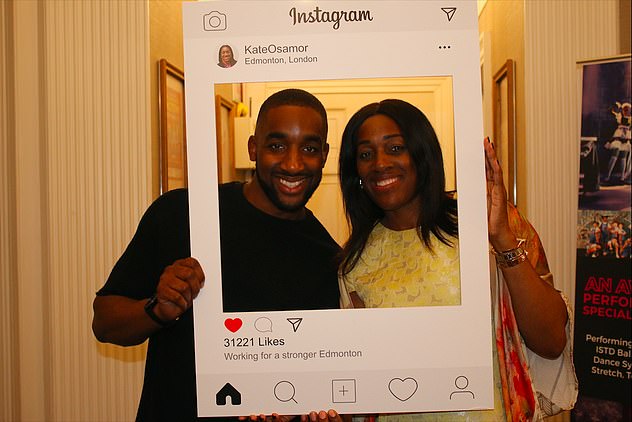 Labour MP Kate Osamor, pictured right, and her son Ishmael Osamor, who worked for her. He has kept his House of Commons pass despite a drugs conviction

‘Having free and unfettered access around the Commons is an honour. Giving a pass to bad characters does not instil public confidence in MPs.’

Tory MP Anne-Marie Trevelyan, who has reported Miss Osamor to the parliamentary standards watchdog, described the outcome of the investigation as ‘very disappointing’.

Priti Patel, the former international development secretary, is now calling on the Parliamentary Commissioner for Standards to conduct a more thorough inquiry. Miss Osamor has been referred to the commissioner, which never confirms whether or not it is investigating MPs.

Her son pleaded guilty in September after he was caught with £2,500 of drugs at Bestival music festival in Dorset. 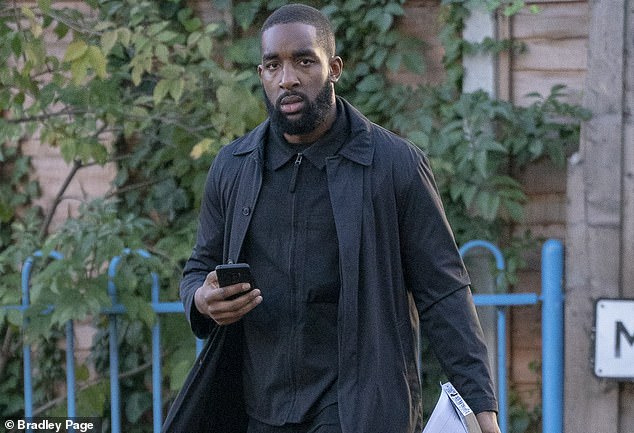 Ishmael Osamor, 29, pleaded guilty to having £2,500 of drugs with intent to supply at Bestival in Dorset last year

He was sentenced at a hearing in October that would have gone unreported had a journalist not overheard the proceedings by chance. Ishmael later resigned as a Labour councillor in Haringey.

Since then, Miss Osamor, who is MP for Edmonton, has been facing pressure to sack her son from his role as her chief of staff, for which he earns up to £49,793.

Miss Osamor was accused of misleading the public about the extent of her involvement in her son’s court case. She had denied knowing about the trial before it was exposed by the Daily Mail six weeks ago.

In fact, she was fully aware of the case because she had written to the judge requesting leniency for her son.

The revelation came as a result of a legal challenge by this newspaper and others.

Last night it emerged that Miss Osamor told Labour officials she had no involvement in the court case and had not written a letter to the judge.

It can also be revealed that Labour was completely unaware of Ishmael’s arrest and subsequent court case until the Mail requested a comment from the party – a week after he was sentenced.

Why did court accept £2,500 festival drugs haul was not for sale? 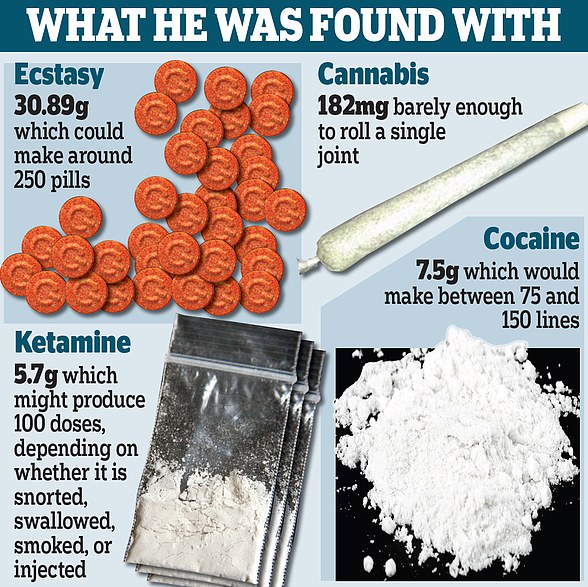 Ishmael Osamor was spared prison after his barrister persuaded prosecutors he was not planning to make a profit from his £2,500 haul of drugs.

Judge Stephen Climie, who has a history of sparing drug users from prison, said the 29-year-old was lucky to avoid a four-year prison term and sentenced him to 200 hours of unpaid work instead.

Mrs Brett said: ‘Police have become increasingly soft on drugs, especially cannabis, and judges aren’t making an example of users and dealers when they are brought to trial. In this case, Osamor has escaped with nothing more than a slap on the wrist which is quite amazing given the quantity of drugs he had on him. He shouldn’t have a job in the Commons. He should be in prison.’

The former Labour councillor had been caught with 30g of ecstasy – a class A drug blamed for a string of deaths at music festivals – as well 7.5g of cocaine, 5.7g of ketamine and a trace of cannabis at least year’s Bestival festival in Dorset.

Incredibly, he was let off prison as the drugs were for his personal use and for his friends. The court was not told how many friends were with him.

A Labour spokesman said yesterday: ‘We always provide information we believe to be accurate.’

When approached for comment on Friday, Miss Osamor told a journalist to ‘f*** off’ and threatened to beat him with a bat. She also threw a bucket of water at him. Miss Osamor refused to comment yesterday.

Miss Osamor’s mother Martha, a veteran Left-wing activist, takes her place in the House of Lords tomorrow as Baroness Osamor after being nominated by Jeremy Corbyn.

It comes as Miss Osamor was banned from using Wikipedia after she was caught repeatedly editing her own page.

Using the pseudonym Midnights1, she tried to remove references to a news story about claims she plagiarised Barack Obama’s 2008 victory speech when she was re-elected in the last general election.

After she threatened to sue Wikipedia if the references returned, the online encyclopaedia told her she was ‘blocked indefinitely’.