Scamming solicitor, 41, and her translator husband who defrauded taxpayer out of almost £95,000 in legal aid must repay just £5,500

A bent solicitor and her husband who defrauded the taxpayer out of almost £95,000 in a legal aid scam will have to repay just £5,584.

Babita Attra, 41, made sure her lover Alexandru Major, 35, got lucrative translation contracts as part of the scam.

Criminal law solicitor Attra and her Romanian husband Major were convicted of forgery, conspiracy to defraud and transferring criminal property in January.

Translator and police station representative Major made £94,249 by overcharging the Legal Aid Authority in four cases and sharing the profit. 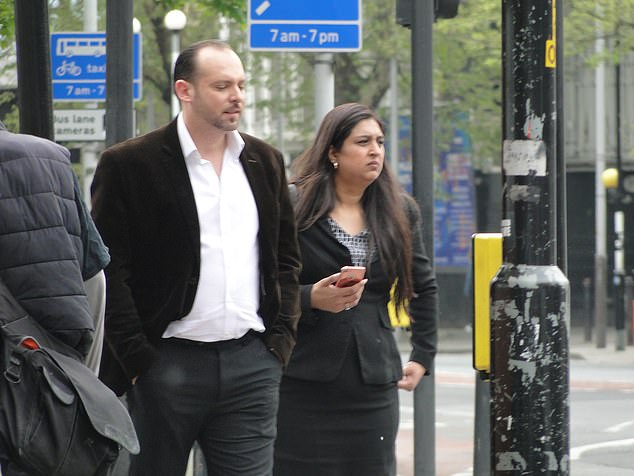 Babita Attra, 41, made sure her lover Alexandru Major (pictured together), 35, got lucrative translation contracts as part of the scam

Major, who is still in jail, insists he has no realisable assets and has to repay £1 within 28 days, or serve a further two days in custody in default, Inner London Crown Court heard.

Any money paid by the fraudsters will go to Attra’s former employer, Carson Kaye Solicitors, who has already had to repay the LAA for the overpayments.

While Major was handed a three-year prison sentence, Attra was given a two year sentence, suspended for two years with 150 hours unpaid work.

Judge Jane Sullivan said Major had a leading role as the ‘architect’ of the fraud and spared Attra jail because she had their young child to care for. 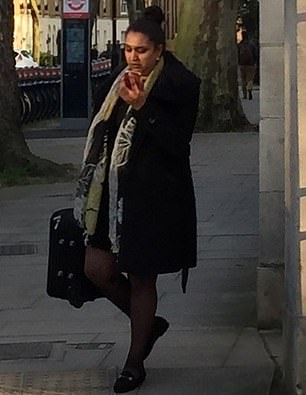 Criminal law solicitor Attra (pictured) and her Romanian husband Major were convicted of forgery, conspiracy to defraud and transferring criminal property in January

She said today: ‘Of course it would be open to the prosecution, if assets do become available, there would be an application to vary that order.

Eleanor Mawrey, prosecuting, said: ‘Yes your honour, whilst it is probably not worth the administrative cost of compensation to go to Carson Kaye, it is probably worth keeping the option of that being paid open in the future.

‘I would be very pleased to deliver it myself,’ quipped Charles Evans, representing Major.

When sentencing the pair, Judge Sullivan told them: ‘You abused the position of trust and responsibility given to you by the solicitors and the LAA, the fraud was sophisticated in nature and took place over eleven months.’

Turning to Attra, a consultant at a firm based in Fleet Street, the judge said: ‘You knew what was expected of you as a solicitor, this was a very serious breach of the trust placed in you by Carson Kaye and the LAA.’

He continued: ‘As a result of this you have lost your job and will not work again as a solicitor.

‘It could be said that the appropriate punishment could only be from immediate custody, but I have to balance the impact of that on others.

‘I come to the view that to separate you from your child would result in a significantly harmful impact on that child.’

The couple exploited the translation services that every criminal defendant facing trial has the right to if they have difficulty understanding English.

To prove to the LAA her firm was looking for the best priced translation work Attra was required to get quotes from two or more firms.

Major grossly exaggerated the word count on documents that required translating and Attra, as the solicitor who submitted documents to the LAA then manipulated the tendering process to ensure that Madison Translation won the contract despite being more expensive.

But the couple committed a further offence of forgery by manufacturing a series of forged documents to try and cover their tracks. 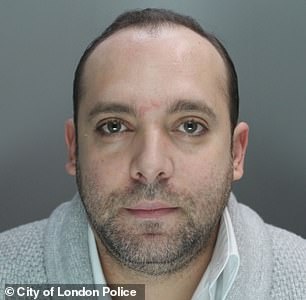 Attra grossly exaggerated the word count on documents so Major’s company received the contracts, often worth £30,000 or more.

In one case she submitted a document from a company that had ceased trading months earlier.

She also forwarded the quote to Major so he could offer a competitive price.

When a partner at Carson Kaye Solicitors, John Kaye, confronted the pair they offered him translations with the correct word count.

The couple were arrested and on 6 November 2018, Attra claimed she always went with MT because they were a ‘good service’.

Major claimed he had given his wife a significant portion of the money as ‘loan repayment’ or ‘expenses’ because she was his partner.

Major and Attra, from Catford, denied but were convicted of conspiracy to defraud the legal aid agency, transfer of criminal property and forgery.

Major and Attra, of Catford were convicted of conspiracy to defraud the legal aid agency, transfer of criminal property and forgery.