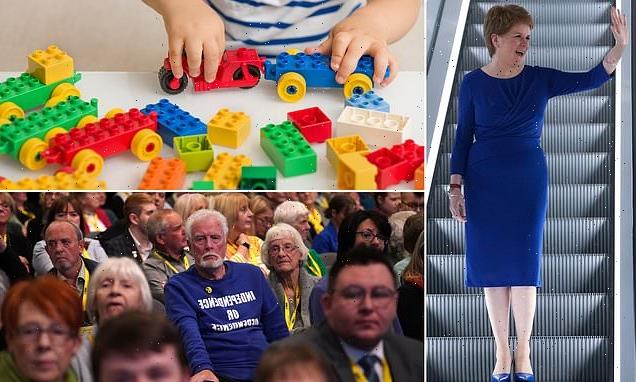 The SNP conference has backed a calls for the legal school starting age to be raised to six or even seven.

Nicola Sturgeon’s activists overwhelmingly passed a motion at the gathering in Aberdeen insisting that children should stay in ‘play-based’ Kindergartens for longer.

Education is devolved in Scotland, although the proposal will not necessarily become government policy there.

A teaching union voiced concerns that it would be a ‘Trojan Horse’ to take funding away from schools, while there was also alarm about the impact on childcare.

The motion called on the Scottish Government to introduce a Kindergarten stage for three to six year olds, citing Nordic countries as an example to follow.

It added: ‘This will provide a true level playing field for all of Scotland’s children, giving every child time to develop the skills and capacities that underpin educational success, improve long-term outcomes and give every child the best start in life.’

An amendment, accepted by party delegated, added that the Scottish Government should be able to increase the starting age to seven. 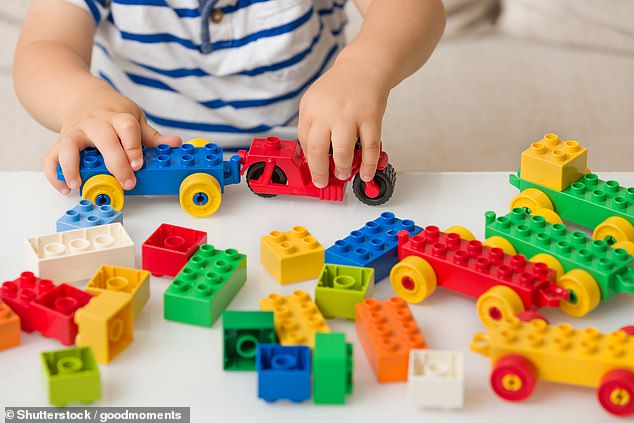 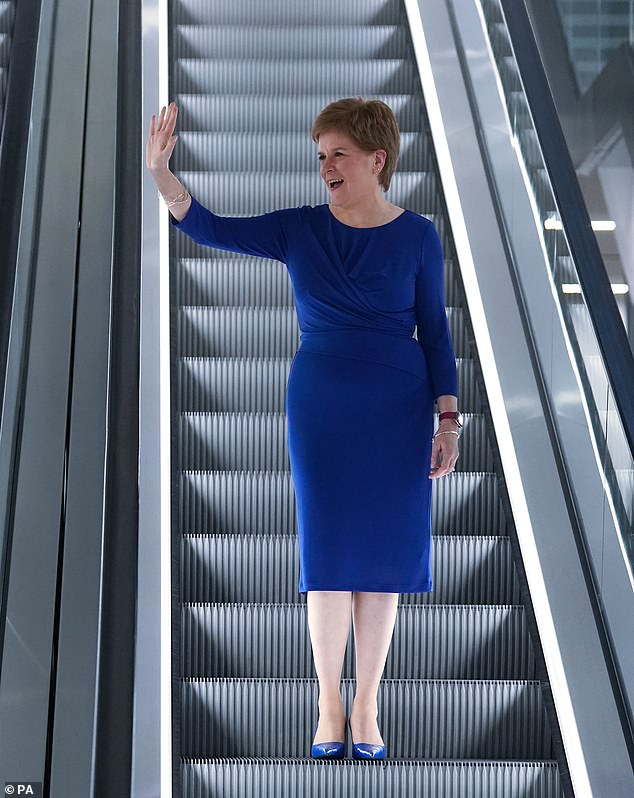 Education is devolved in Scotland, although the proposal will not necessarily become government policy there (pictured, Ms Sturgeon) 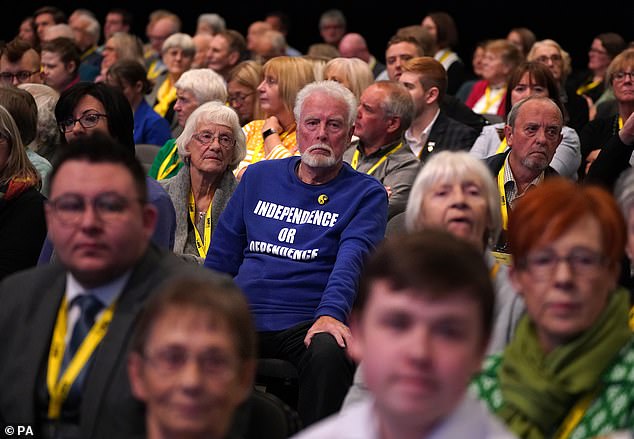 Activists at the SNP conference in Aberdeen today

Speaking at a fringe event at the SNP conference, Shirley-Anne Somerville said: ‘We already have policies in place that allow play-based pedagogy to happen through the early years and into the early years of primary school.’

‘We have the foundations right now and as cabinet secretary I don’t feel like I have to wait for a different policy,’ she added.

‘There is a really, really interesting challenge we have about what we can do without having to wait for something that’s passed by legislation, but actually can be done now with the policy that we have in place that we haven’t had an opportunity to properly implement because of the global pandemic.’

EIS general secretary Andrea Bradley said: ‘We’re deeply wary that proposition could be hijacked and ridden as a Trojan horse by those who don’t have the needs and interests of our youngest learners at heart, but who do have their eyes on pounds and pence.

‘Primary teachers, however, are not for sale.

‘I think we need to be extremely careful in the way that we handle this going forward.

‘It’s really good that the conference today has understood and voted unanimously on the value and the power early years education, but it’s going to need very, very careful handling in the months and years ahead.’

Proposing the policy to the conference, SNP policy development convener Toni Giugliano said: ‘Scotland’s children and the foundation on which our future is built and yet the UK is one of the few countries in the world that sends four and five-year-olds to formal education in classrooms, sat behind desks and assessed.

‘It is not the norm.

‘Four and five-year-olds are not developed, mentally ready to face the pressures and the structures of the school system.’

He added: ‘Our Westminster-made school start age is past its sell by date.’

Scottish Conservative education spokesman Stephen Kerr said: ‘It’s important that young children are given time to develop social and learning skills at nursery or in the home before entering formal schooling, so that they and their classmates can get the most out of school when they arrive.

‘However, it is also crucial that children do not end up missing out or falling behind in their education.

‘We will scrutinise the detail of any plans of this nature put forward, but for now there are many unanswered questions about how something like this might work.

‘We do not yet know how this might affect childcare for working parents and there are concerns that it may end up harming children from deprived communities, contributing to the attainment gap from a young age.’ 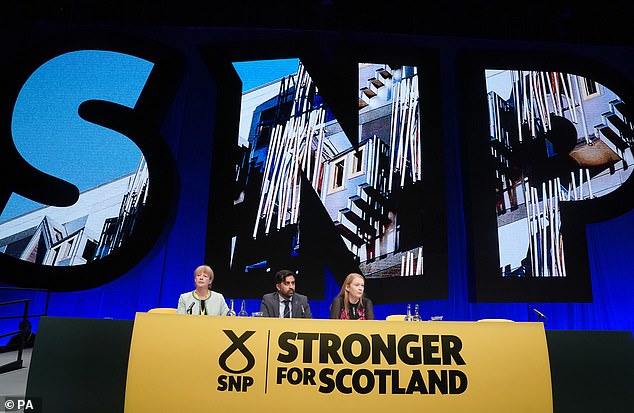 SNP frontbenchers at the conference in Aberdeen today