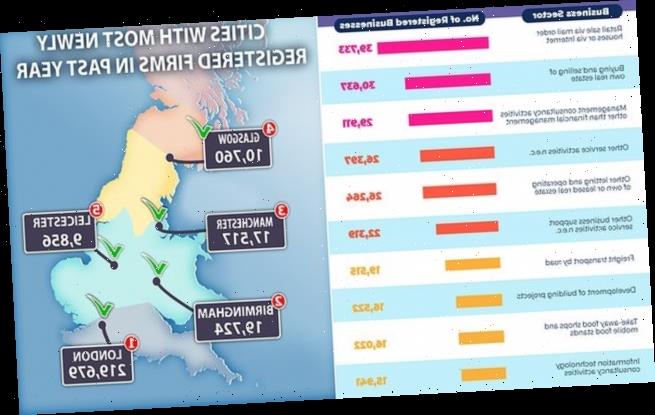 Small business launches soar by more than 40 per cent to 830,000 as people turn to selling goods from home in bid to make a living

While unemployment has risen to a five-year high of 5.1 per cent, it hasn’t dampened the entrepreneurial spirit of Brits during the pandemic.

A total of 835,000 new businesses were launched in 2020 – a rise of more than 40 per cent on the previous year – and pop-up food stalls were among the most popular new startups.

The largest number of new businesses registered with Companies House, which has around 4.6million companies on its register, were from people selling goods from their homes. 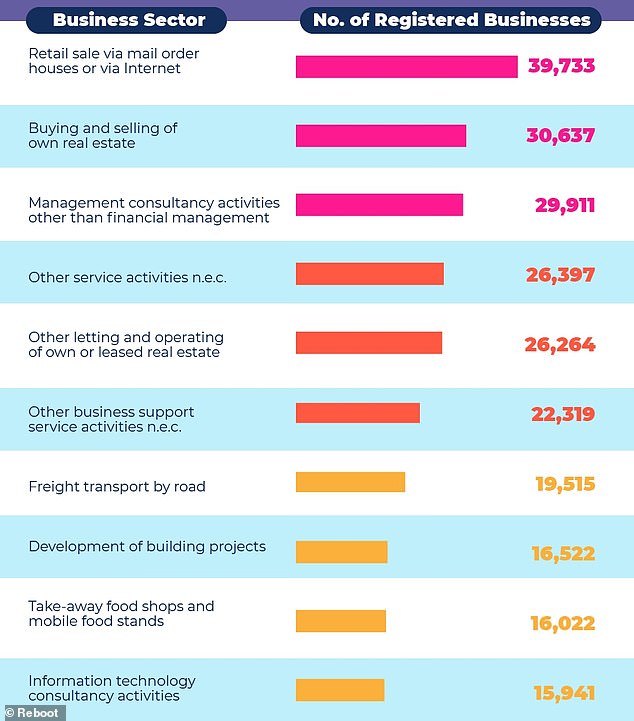 A total of 835,000 new businesses were launched in 2020 – a rise of more than 40% on the previous year. The biggest new businesses registered with Companies House, which has around 4.6m companies on its register, were from people selling goods from their homes, a study by Reboot Search Engine Optimisation Agency found 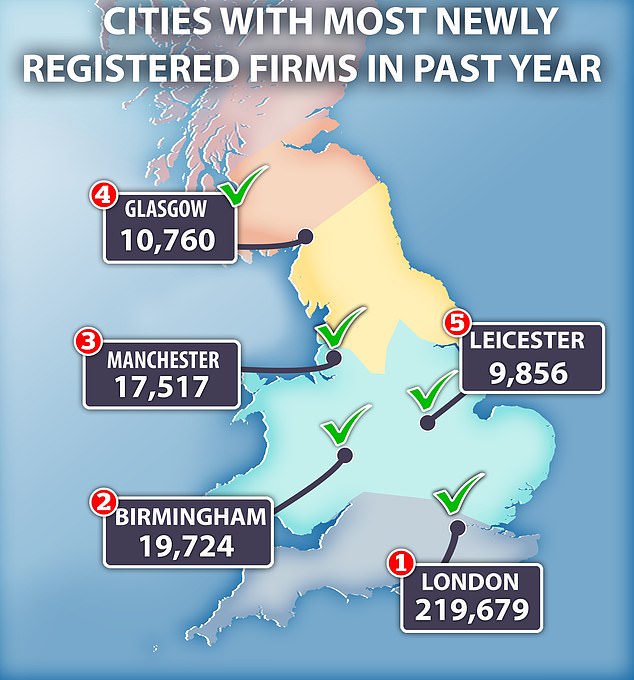 In second place were those setting up property firms to buy and sell homes, with 30,600 firms registered.

The study by Reboot Search Engine Optimisation Agency analysed data from Companies House to find that the number of new businesses set up in 2019 was just under 592,000.

London saw the most new firms registered, at just under 220,000. 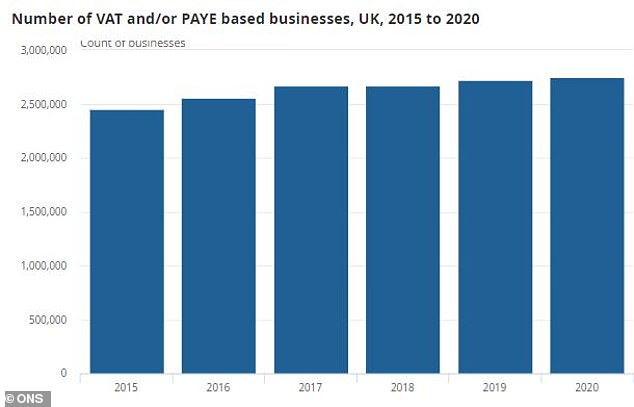 The number of VAT and/or PAYE businesses in the UK increased by 1.2% from March 2019

Unemployment rises to five-year high of 5.1% with young people bearing brunt of the pandemic

Unemployment has risen again to a five-year high of 5.1 per cent as Rishi Sunak prepares to extend the huge furlough scheme for months more.

Official figures showed that in the three months to December, the rate went up by 0.1 per cent compared to the equivalent period to November.

The increase – taking the total on the dole queue to 1.74million – comes despite the huge bailouts in place to prop up jobs, and will fuel fears of a devastating spike when the support is finally withdrawn.

Young people have been by far the hardest hit, accounting for the bulk of the overall rise in unemployment since the start of the pandemic. They made up around three fifths of the 700,000 fall in numbers on payroll over the past year.

However, there were some glimmers of hope in the details released on Tuesday, with payrolled employees and vacancies increasing slightly month on month.

Furlough is currently due to stop at the end of April, having been implemented during the spring outbreak to prevent millions of job losses at stricken businesses.

The Treasury has already spent around £280billion supporting UK plc through the crisis, and Mr Sunak has made clear he wants to start balancing the books.

But Boris Johnson has again hinted the support schemes will continue, insisting the Government will continue to ‘put its arms around’ workers ‘throughout the pandemic’.