Anissa Weier, 15, pleaded guilty to attempted second-degree homicide as a party to a crime, with use of a deadly weapon while Morgan Geyser was sentenced to 40 years in a mental health unit. Here are the details surrounding the harrowing case. 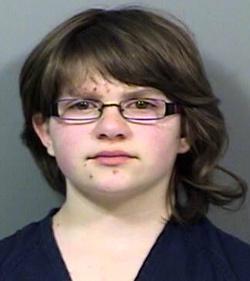 Who is the Slender Man?

The Slender Man is a fictional character created as an internet meme through a forum called Something Awful in 2009.

Depicted as a very tall, very thin, faceless man in a black suit, he was developed through a thread on the forum which asked users to edit every day photographs to appear paranormal.

An entry into the competition from "Victor Surge", real name Eric Knudsen, consisted of two black and white images of groups of children.

He had added a tall, thin figure wearing a black suit to the photos and named his character The Slender Man.

Due to the addition of text, the photographs became a work of fiction and others expanded on the character and his story.

Knudsen's intention was to "formulate something whose motivations can barely be comprehended, and [which caused] unease and terror in a general population".

His creation soon went viral as fan-art and online fiction on the forum Creepypasta followed on.

The character, which is sometimes said to have long tentacle-like arms to capture prey, stalks children and depending on interpretations can cause memory loss, insomnia and paranoia. 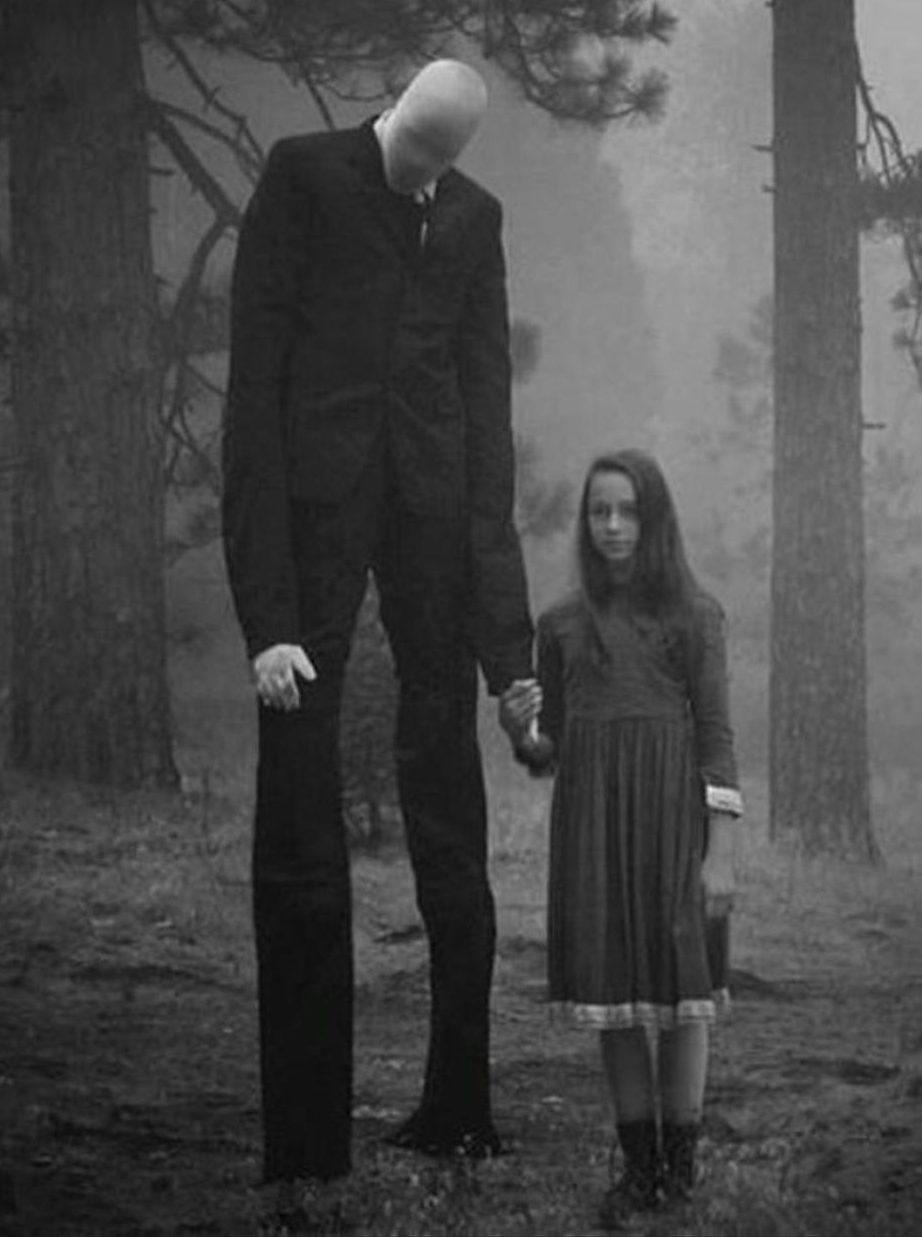 What is the Slender Man case?

The reach of the Slender Man had gotten so far that in 2014 the character was heavily linked to the stabbing of a 12-year-old girl, Payton Leutner.

She had been lured to the woods near her home in Wisconsin, US, stabbed 19 times and left for dead.

The reason for the attack by Anissa Weier and Morgan Geyser, both now 17, was to prove the existence of the Slender Man.

They told police they wanted to prove their loyalty to him and become his followers.

The two girls believed he was real and said they stabbed their classmate to protect their families from harm.

They said they believed the only way to become a follower of the character was to murder someone.

After this, they claimed they thought they would be his servants and live in his mansion.

Payton survived the attack and managed to crawl out of the woods where she was found by a cyclist with stab wounds to her chest, abdomen and arms.

Weier and Gyser were caught walking into the woods after the attack, in the hope of meeting The Slender Man. 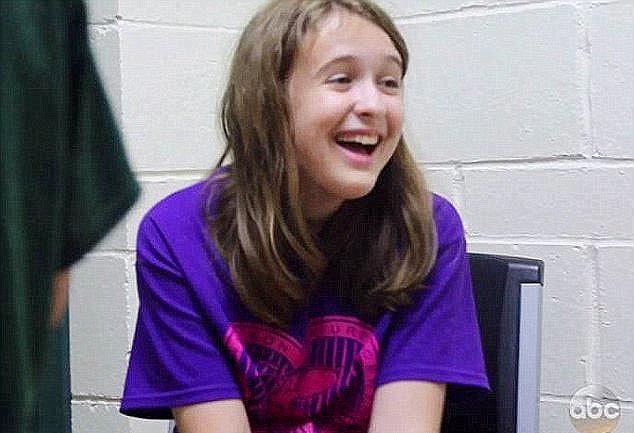 Who are Anissa Weier and Morgan Geyser and why did they attack Payton Leutner?

All three girls were 12 at the time.

In August 2017, Weier pleaded guilty to a charge of attempted second-degree homicide due to mental illness or defect.

Then in September, Weier was found not guilty because she was mentally ill at the time of the attack.

In December 2017, Weier was sentenced to be committed to a psychiatric hospital for 25 years. 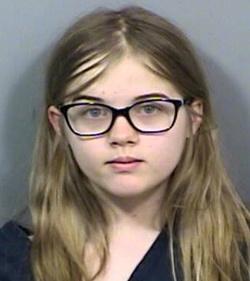 In October Geyser, aged 15 at the time, pleaded guilty to attempted first-degree murder.

The plea was part of an agreement which saw Geyser enter the plea and then for the judge to find her not guilty by reason of mental disease or defect – meaning she was ultimately not be held responsible for the attack.

In February 2018, Geyser was sentenced to spend 40 years in a mental health unit.

Geyser was overcome with emotion during the sentencing hearing, saying: "I just want to let Bella and her family know that I'm sorry," she said, using a nickname for Payton Leutner. 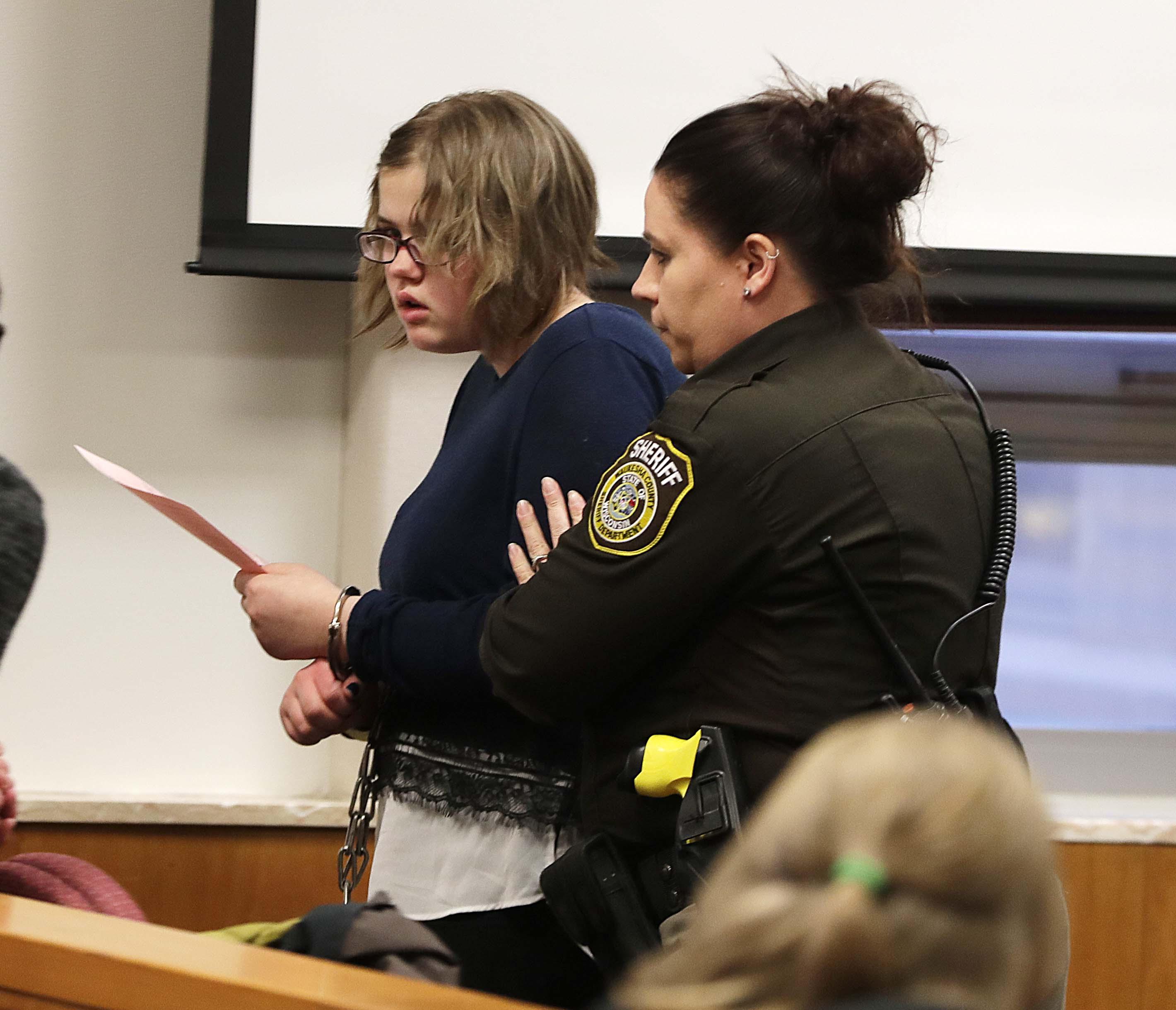 Judge Michael Bohren granted the maximum penalty that prosecutors had sought and discounted Morgan Geyser's youth she was just 12 at the time of the attack in 2014.

"What we can't forget is this was an attempted murder," Bohren said.

Earlier, he heard from four doctors who talked about how Geyser is making progress with her mental illness, to varying degrees.

But Bohren called the teenager "a fragile person" whose long history of suffering from delusions makes her a risk to herself and others.

Speaking to CNN, Geyser's attorney said: "It's a confusing thing to describe because clearly she committed an offence but the law doesn't treat her as responsible for that crime because of her mental illness."

He then added: "It just seemed like there was very little to fight over at the end.

"We were all sort of at a point where she clearly had played a role in the offence, and on the other hand was clearly mentally deficient such that I really thought cooler heads ought to prevail and the parties ought to get together and reach this agreement."