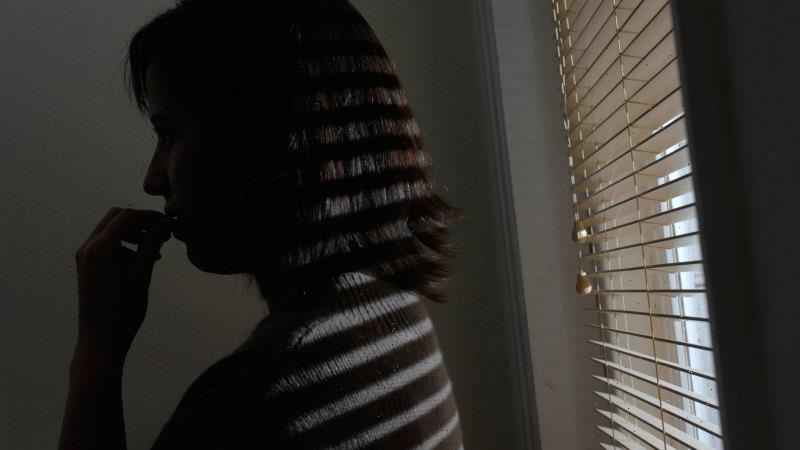 When Tani’s* husband became abusive, she wasn’t just afraid for her safety, she was afraid of deportation.

She had married her husband – an Australian resident – in India and arrived in Australia on a spousal visa a year later. But things quickly turned sour.

“He started yelling that, ‘You have to send your daughter back to India, otherwise I will kill you and her and cancel your visa,’ ” she said. 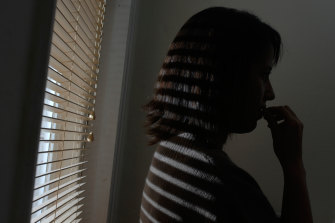 Some migrant women on temporary visas face forced servitude, and sexual and physical abuse, and many don’t know where they can get support.

She suffered physical and sexual violence and she took out an intervention order against him. He applied to stop sponsoring her visa, citing a relationship breakdown, which left Tani scared and caring for her daughter with only $20 and the risk of being ineligible for government support or to work.

She is one of many women the Northern Community Legal Centre has supported in a targeted program for the past two years. After it was on the brink of being cut, it recently received funding for an immigration lawyer who will start in November, but the service is a scaled-back version of what it was and the need could not be greater.

Chief executive Jenni Smith said that in two years of running the Indian Family Violence Project, it was in contact with 164 women between the ages of 22 and 50. 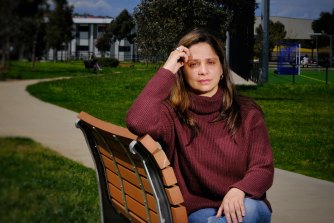 Nayana Bhandari co-founded the Oorja Foundation, which helps Indian women experiencing domestic violence and works with the Northern Community Legal Centre on a project to help them. Credit:Luis Enrique Ascui

Half of the women’s spouses had permanent residency, and only 15 per cent of the women arrived on partner visas, which meant most could not work or receive government support. Ms Smith said 85 per cent came on student or work visas. Often they didn’t know what visas they were coming in on, or the repercussions of them.

“There was a controlling and hidden agenda of perhaps husbands trying to get the bride to the country more quickly,” she said.

Michal Morris, chief executive of multicultural domestic violence service inTouch, said the Indian community was one of Australia’s largest migration populations, and that family violence occurs across all cultures and communities.

“We know that migration status can be used as abuse – often what we refer to as coercive control,” she said. “There is a lot of power in being able to sponsor someone, or to control a person’s knowledge of Australia’s migration program.”

“There was a case study of a woman who was literally taken from the airport, put into a house in a room and wasn’t allowed to leave. The husband would visit every night and have forced sex. That’s one of the extreme cases. That wasn’t unusual in terms of sexual violence,” she said.

With Australian borders closed, many women on temporary visas cannot return home and some may not want to, while others have Australian children.

Ms Morris said anyone could obtain a family violence risk assessment, safety plan and relocation, but a woman’s visa status will determine if she has working rights and access to government support through Medicare and Centrelink.

“These women can be case-managed, but as mentioned, their rights are linked to their visa type,” she said.

“So while inTouch can provide some support, we will not be able to support them to become independent.”

Ms Smith said the horrific death of an Indian woman in 2016 prompted a coronial inquest and investigation into whether there was a need for support for women in violent relationships in the Indian community, as many weren’t seen in the courts or with caseworkers.

The legal centre works with grassroots organisations such as the Oorja Foundation to connect with migrant women.

Nayana Bhandari is a co-founder of the foundation, which works in Hume and Whittlesea. She said outreach and training for doctors and support workers was particularly important, as she found it could take up to six months for women to disclose they had been sexually or physically abused.

“Domestic slavery is quite common, and in a few cases I’ve seen girls – I can’t say they were locked up but very closely watched, weren’t allowed to join in community groups,” she said.

Survivors who are partner visa applicants can get permanent residency if they have suffered family violence from their sponsor. However, for women who arrive on temporary visas, such as student or work visas, and don’t meet the family violence provisions, while their visas won’t be cancelled, they need to make arrangements to return to their country or apply for another visa, which can take some time.

But Ms Smith says the federal government needs to broaden the eligibility criteria, including to women who have lodged offshore partner visas and have arrived in Australia on other temporary visas but otherwise meet the criteria.

Victoria’s Minister for Women and Prevention of Family Violence Gabrielle Williams is also advocating for the federal government to increase protections for migrant victims of family violence, including women on temporary visas.

“The Commonwealth needs to provide access to legal services, specialist police services and income support for a broader range of temporary visa-holders who are survivors of family violence, and consider revisions to migration regulations to offer legal protection to survivors on temporary visas,” Ms Williams said.

More than $3.5 billion has been invested in services in Victoria – including the Orange Door network – since the royal commission on family violence, including forms of violence disproportionately experienced by migrants and refugees such as forced marriage and dowry-related abuse.

This includes a one-off payment of up to $3000 for a woman and her children – processed by the Red Cross – to cover food, accommodation and medical care. Funds are also going to nine community and women’s legal centres to assist in accessing migration and legal advice.

Ms Smith said the funding was a step in the right direction, but once that $3000 was gone, women were still in the same situation – unable to work, sometimes with dependent Australian children and in need of legal support.

The Federal Government was specifically asked about increasing eligibility for permanent residency or government support for women on temporary visas experiencing family violence but did not respond before deadline.

If you or someone you know needs support you can contact the national domestic and sexual violence counselling support service 1800 RESPECT. If you are in immediate danger, call 000.