His remains, unearthed near the town of Pocklington, date back to the 3rd century BC, and show he was ritually pierced by nine spears, possibly after his death, reports the Independent. 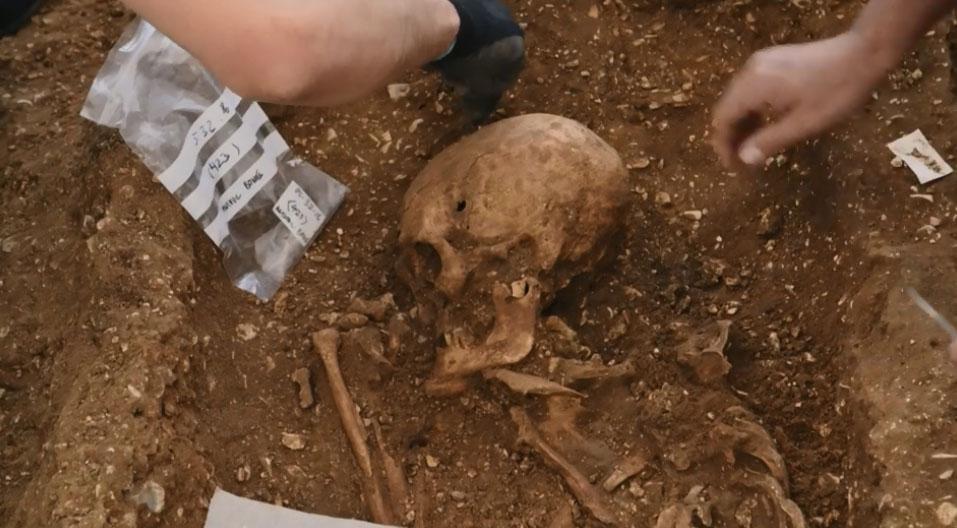 The Iron Age warrior died after taking a blow to his forehead with a wooden club or a similar weapon.

But experts looking at his skeleton found that after his death, his remains were impaled with spears tipped with iron or bone.

The Independent says the corpse may have been “attacked” in such a way because the warrior might have been feared after death.

The publication explains that: “In many parts of the world there is archaeological and folklore evidence for  a tradition in which some corpses – those of suspected “vampires” – were systematically speared by sharp objects, usually of metal or wood to ‘neutralise’ them.” 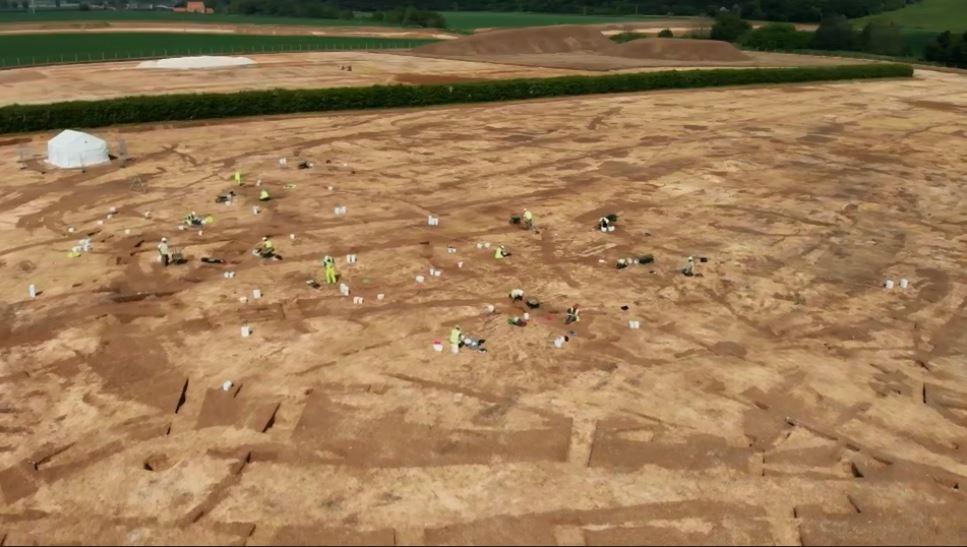 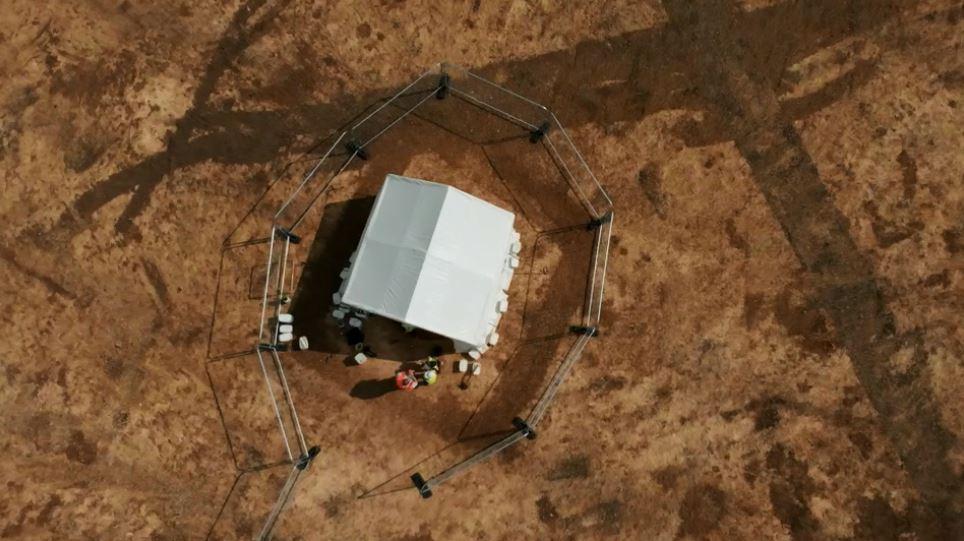 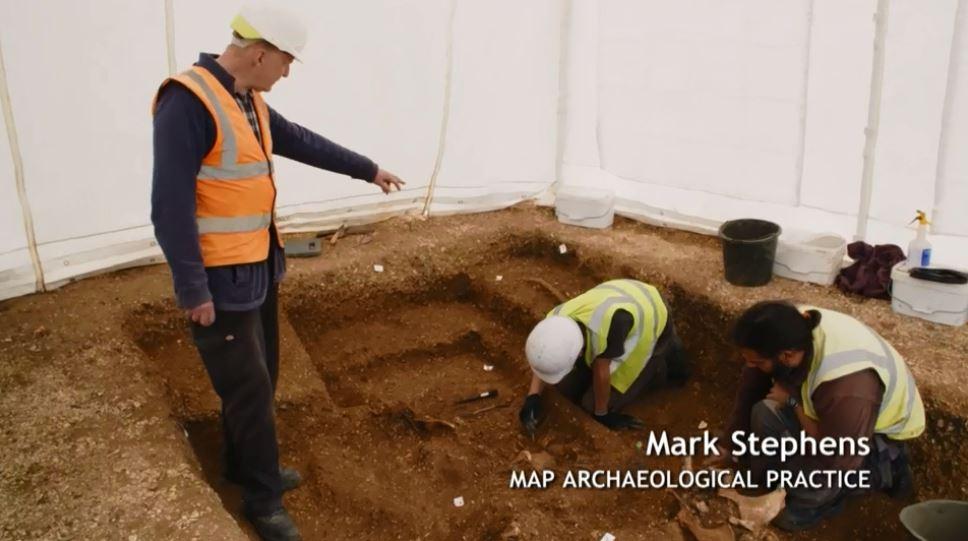 It was one of two excavations directed by archaeologist Paula Ware of MAP Archaeological Practice, Yorkshire, discussed in BBC Four’s Digging for Britain on December 19.

According to the broadcaster, the programme features “the excavation of Iron Age Britain’s most spectacular grave.

“This sensational find is the lead dig for the Digging for Britain Iron Age special.” 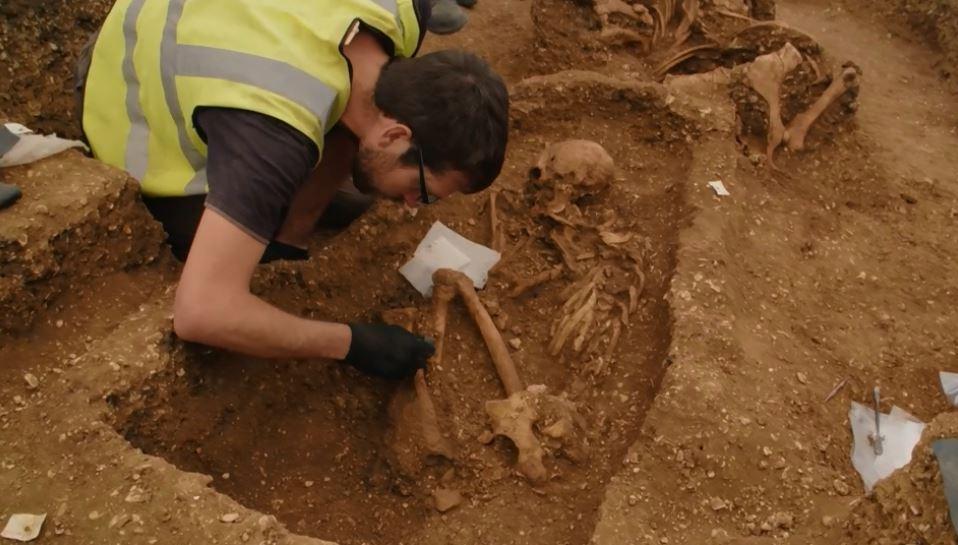 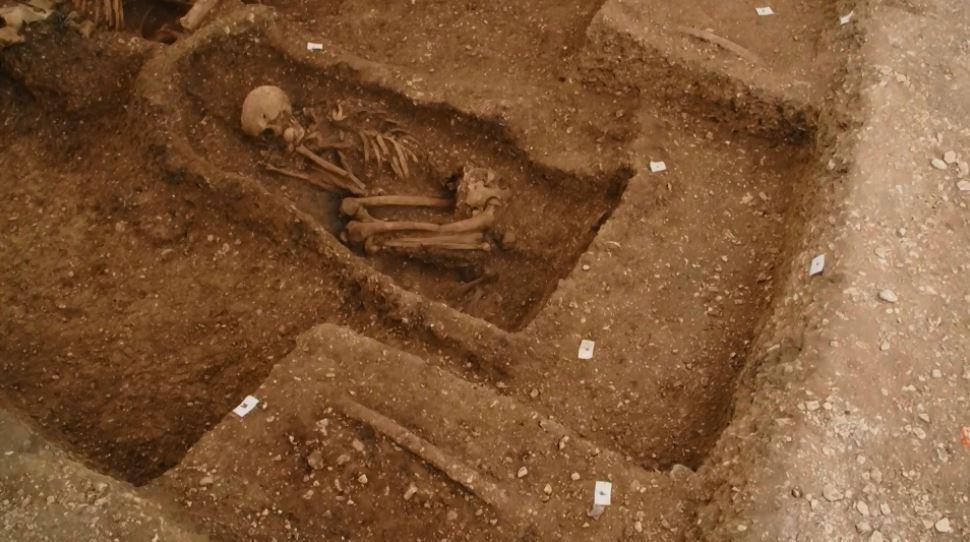 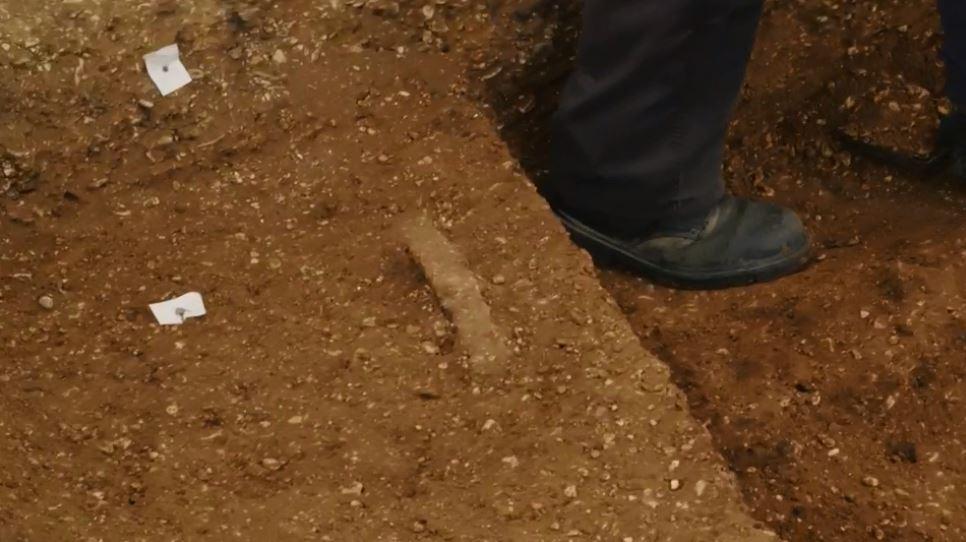 In Yorkshire, archaeologists made the Iron Age discovery of a lifetime: an incredibly preserved chariot burial complete with standing horses.

In a short clip, archaeologist Mark Stephen points to the just visible rims of two wheels standing upright in the soil, confirming they are the first sign of a chariot burial.

“Usually they are totally dismantled, the wheels are laid flat; all components are taken apart and laid within the grave.

Digging for Britain says that a chariot was the “Iron age equivalent of the sports car and a tank at the same time”.

The team also uncovered its driver and within a passenger compartment, another buried person.

The discovery of two animal skeletons at the site “transforms this already unusual burial into something completely unprecedented,” the show adds.