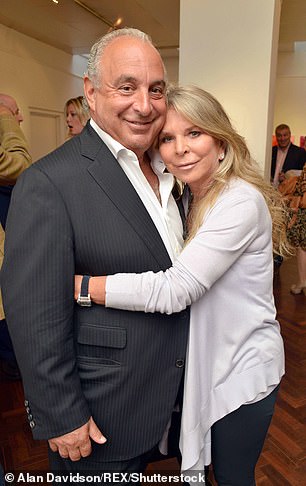 Sir Philip and Lady Tina Green at a gallery on Cork Street, London

Sir Philip Green’s £100 million superyacht has been quarantined in Monaco with his wife on board.

Two crewmen on the 300ft Lionheart have tested positive and its yellow flag has been flying in Port Hercules to signify the vessel bears the contagion.

Lady Tina Green, 71, told The Sun that she was on board the luxury boat, but did not reveal whether Sir Philip or their 29-year-old daughter Chloe were with her.

‘After maintenance in Italy, the boat returned to Monaco. We were meant to go on a cruise with my family,’ Lady Tina said.

‘It was my responsibility to have the whole crew tested before leaving. We then discovered two cases – one asymptomatic and the other with a sore throat.

‘The two have been confined to the cabin ever since. The rest and myself are on the boat. Everyone is well.’

Topshop boss Sir Philip – who furloughed 14,500 staff in April – was last spotted lounging on the yacht three weeks ago on the French Riviera.

The colossal boat, replete with helipad, pool, 15 crew cabins and room for 12 guests, is where the 68-year-old has conducted much of his business for the last two years.

When not at sea, Sir Philip lives at his £20million Roccabella penthouse in Monaco. 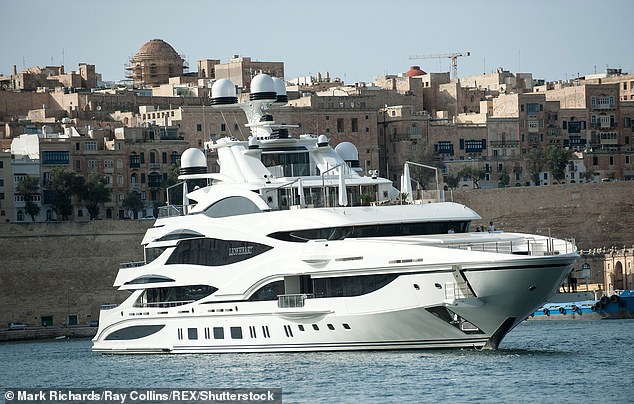 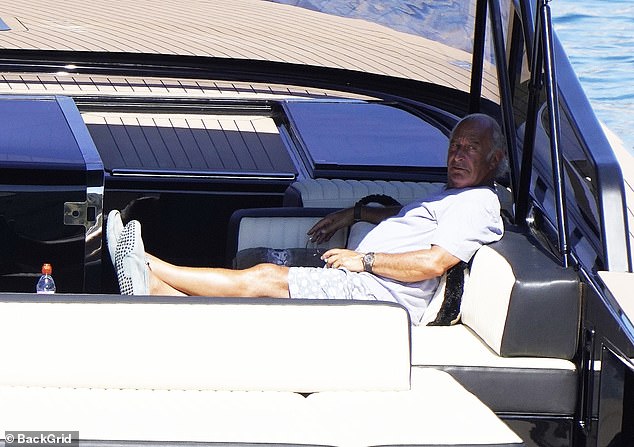 Sir Philip has faced repeated calls to lose his knighthood over his involvement in a string of controversies.

Last year, a member of the House of Lords claimed the businessman had ‘multiple’ grievance claims against him. Green denied all the claims.

The allegations were revealed by Lord Hain, who last year used the cloak of parliamentary privilege to identify the Topshop boss as the person behind a legal injunction preventing the Daily Telegraph from publishing allegations of sexual harassment and racial abuse.

The claims, which Sir Philip ‘categorically and wholly denied’, included allegations that the retail tycoon dragged a woman around in a headlock and smashed a male employee’s mobile phone.

It was also claimed that he mocked a male employee’s dreadlocks and referred to him ‘throwing spears in the jungle’.

Sir Philip also faced allegations that he groped a female executive, paying her more than £1million to stay quiet.

He has not been to Britain since the claims surfaced in October 2018 and has run the Arcadia Group, which owns Topshop, from Monaco. 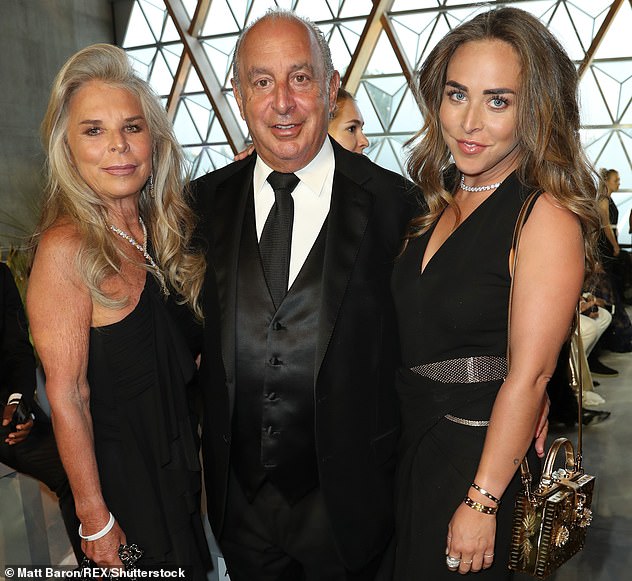 Sir Philip and Lady Tina with their daughter Chloe Green, 29, at the Cannes Film Festival in 2017

Green enjoyed almost two decades of ruling the high street after lucrative takeovers of BHS in 2000 and Arcadia in 2002.

The collapse of BHS – less than a year after he sold it for £1 – plunged Green into even more controversy.

Arcadia was in trouble even before the current coronavirus crisis. It recorded an operating loss of £138m on turnover of £1.8bn in 2018.

Last year Arcadia carried out an insolvency procedure known as a company voluntary arrangement to cut rents and close some shops.